Under the skin: How Chevy’s new crate V8 is bigger and bolder While we’re mostly steeped in forward-thinking innovation and electrification these days, there’s still room in this column for the kind of technology that sets every petrolhead’s pulse racing.

A crate engine is an American phenomenon: simply an engine that you can buy and have delivered in a wooden crate for project use or as a replacement.

Chevy’s advert headline would be boastful if it wasn’t true to the point of understatement. Its new ZZ632/1000 engine is a big-block (as opposed to small-block) V8, which literally means it has a big cylinder block. It’s a term coined in the 1950s and generally implies more power but traditionally more weight and bulk as well. Chevy started the trend but was soon followed by Ford, and many great classic power units have since emerged from both companies.

There’s nothing subtle about this new Chevy V8, and the figures make for staggering reading. The ZZ632/1000 is so named because it has a capacity of 632 cubic inches (10,348cc) and, although naturally aspirated, produces 1004bhp at 6600rpm (plus 876lb ft of torque at 5600rpm).At a mere 3500rpm, the engine is producing a shade under 500bhp and around 700lb ft. It has a relatively high compression ratio yet is designed to run on only 93-octane fuel.

The pair of CNC-machined alloy cylinder heads are fitted with eight fuel injectors, one per cylinder, each capable of delivering up to 86lb (39kg) of fuel per hour. At that rate, the engine would consume more than seven litres of fuel per minute.

Unusually for a big-block engine, all eight inlet ports are of the same length, volume and layout, and the exhaust ports are all identical too, the symmetry ensuring that each cylinder produces the same power. There are no overhead cams; the valves are operated by pushrods and rocker arms from a single camshaft in the block.

The intake valves are of the dinner plate variety, measuring 2.4in (60.96mm) in diameter and made of titanium, as are the exhaust valves. The four-bearing crankshaft is immensely strong and manufactured from forged steel. The connecting rods are also of forged steel, while the pistons are made of forged aluminium.

The ZZ632/1000 is definitely tough. During durability testing, one example performed the equivalent of 200 drag-strip runs on a dynamometer.

Chevy makes the point that the engine is designed exclusively for use on track and its use on public roads might contravene American and Canadian emissions regulations. But for those with deep enough pockets, that doesn’t necessarily preclude its use in a road-legal competition car in the UK on a ‘run what you brung’ basis (although with that kind of fuel consumption, a trailer might be preferable).

Introduced at November 2021’s SEMA show, this monster V8 is on sale now. 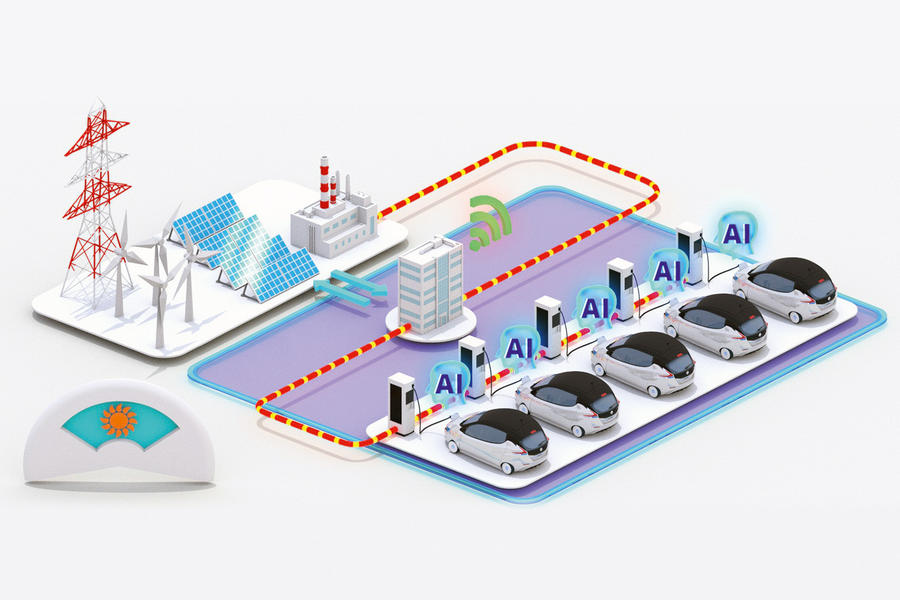 Nissan is trialling an energy management system that aims to provide carbon-neutral energy.

The project in Japan’s Fukushima Prefecture combines the large-capacity batteries of five EVs with energy generated from solar, wind and hydrogen fuel cells. An autonomous control system considers the EVs’ usage patterns to either charge them or use their batteries to stabilise the grid over low and high peak periods.