Combining a traditional internal combustion engine with an electric motor, these machines help keep CO2 emissions, and therefore Benefit-in-Kind bills, low. Yet they also have the flexibility to cover big distances without bringing on an attack of range anxiety.

Both the so-called ‘self-charging’ and the plug-in versions offer big salary sacrifice savings over traditional petrol and diesel models, making them a no-brainer for both users and fleet managers. Here we’ve gathered 10 of our favourite models from a wide variety of classes, from rugged SUVs to rapid sports saloons.

Given each has a very different brief we’ve listed them alphabetically, but every one of our ten features a winning blend of cost-effective running costs, driver appeal and a generous specification. 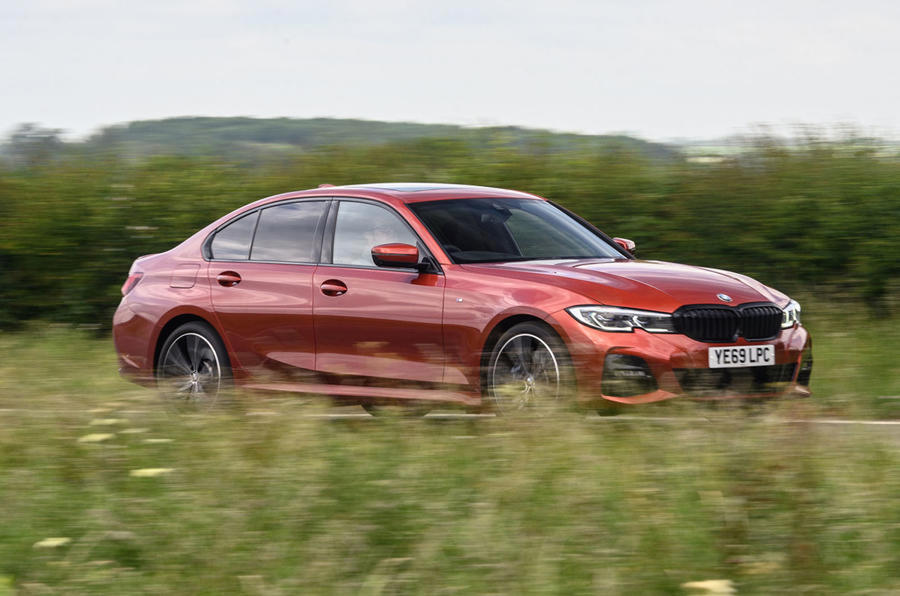 BMW 330e SE Pro:Being a sober-suited executive doesn’t mean you can’t have a bit of fun, as the BMW 330e proves. Driving with the same connected feel and cast-iron composure as the standard car, the plug-in version also throws in some tax-busting company car running costs.

A smaller battery than its arch-rival the Mercedes C-Class means it can only manage 37 miles on a charge, while CO2 emissions of 30g/km mean a BiK rate of 11%, so a higher rate earner will face a £1,777 tax bill for an SE Pro. However, the 3 Series has variety on its side, with a little extra cash opening the door to Touring estate and xDrive four-wheel drive versions. 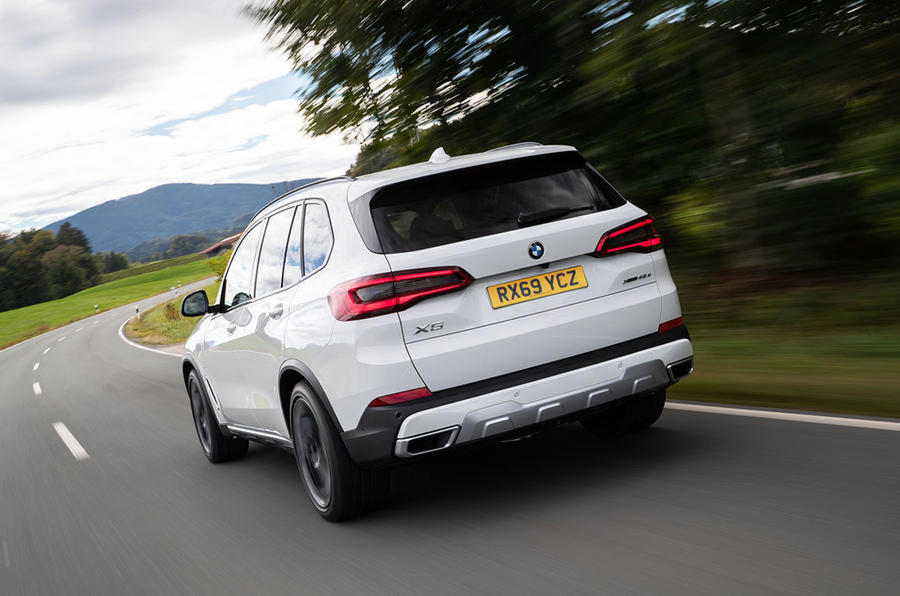 BMW X5 xDrive45e xLine: The car that put the ‘Sports’ in Sports Utility vehicle, the X5 has matured into a fine all-rounder. Now in its fourth generation, the GO5 series car still manages to blend luxury, refinement and space into a high-end, high-riding package that delivers a healthy sprinkling of driver appeal.

The good news for company car drivers is the plug-in variant packs the best engine, its combination of electric motor and creamy smooth 3.0-litre straight-six and electric motor serving up 387bhp and just 27g/km of CO2 for a remarkably low 7% BiK rate. There’s virtually nothing in cost between xLine and M Sport trims, but we’d go for the more subtle look of the former. 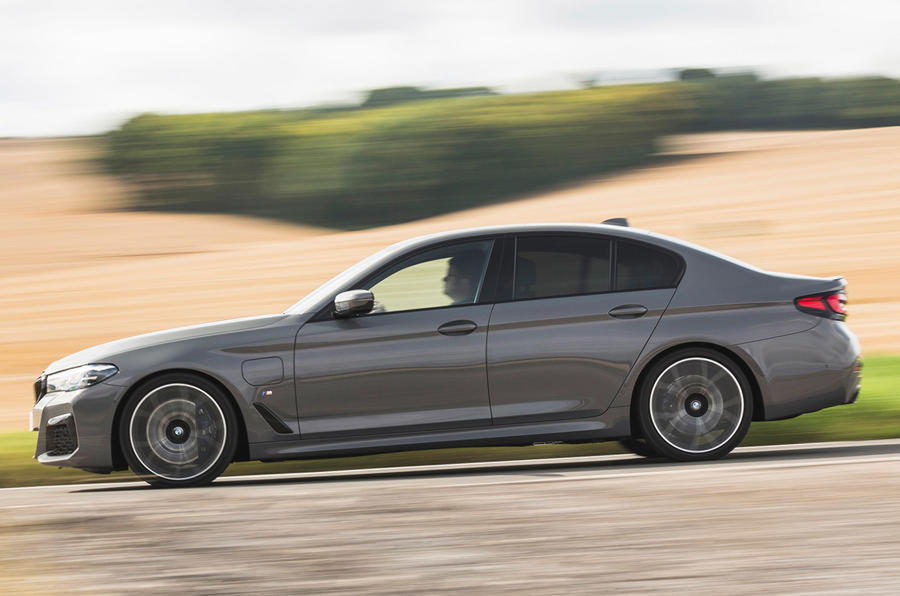 BMW 545e xDrive SE: Aiming to deliver the best of both worlds, the 545e couples BMW’s silky smooth and muscular straight-six with a 107bhp electric motor to deliver a combined might of 387bhp. It’s no lightweight, but it still offers much the same driver engagement as the standard car, as well as a cabin that’s spacious and rich in hi-tech premium appeal.

For companies, the car’s 39gkm CO2 emissions (40g/km for the M Sport) will be the main concern, as this figure attracts an 11% BiK score. For higher rate earners that means a £2495 tax burden, which is only a couple of hundred pounds more than a similarly xDrive-equipped but four-cylinder 530e. 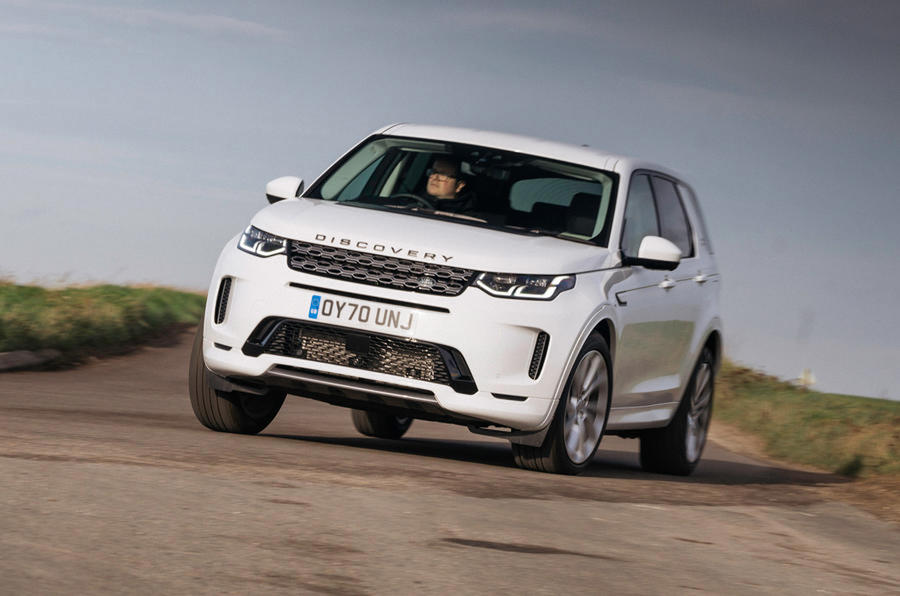 Land Rover Discovery Sport P300e HSE: Handsome, good to drive and with unrivalled go-anywhere, the recently refreshed Discovery Sport remains one of our favourite compact SUVs. It’s appeal has only been enhanced by the addition of a plug-in hybrid, its combination of 1.5-litre triple, rear-mounted electric motor and 15kWh battery making it a surprisingly cost effective company car.

Its 11% BiK rate isn’t as low as some, but business users will be paying half as much in tax as for a front-wheel drive diesel version. Urban Edition is the cheapest, but for the sake of £80 we’d plump for the luxuriously appointed HSE. 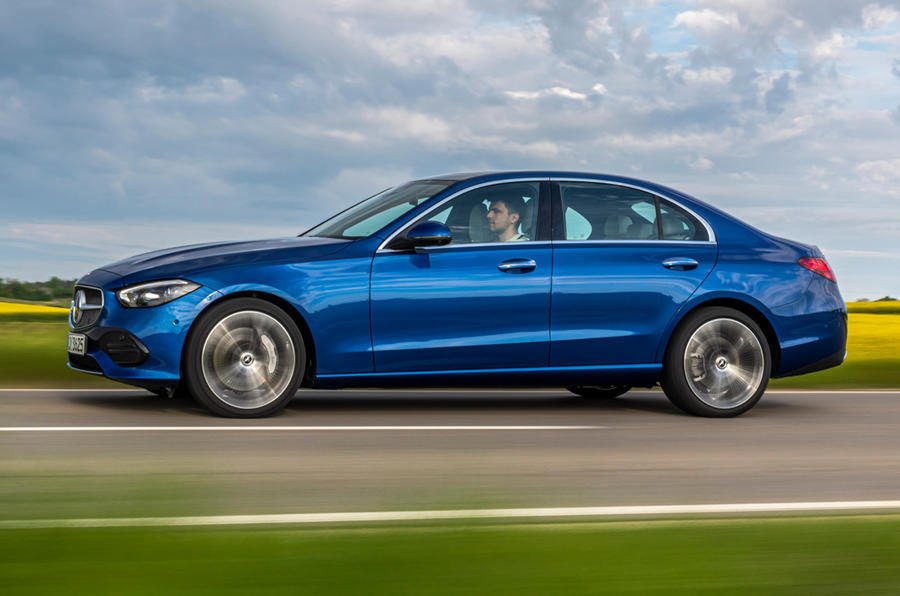 Mercedes C300e AMG Line: Few badges carry as much cache in the corporate car park as the three-pointed star. Better still, opt for the plug-in version of the latest C-Class and you’ll pay less in company tax than you would on a petrol supermini. Capable of an extremely impressive 62 miles in electric-only mode, the petrol-electric Benz attract a BiK rate of just 7%, making the AMG Line trim a £1256 salary sacrifice for a higher rate earner.

A BMW Series is more engaging to drive (although not by as much as you’d think), but the Merc is more comfortable, with a classier interior. It’s 2.0-litre petrol and electric motor combo also delivers a compelling blend of muscle and refinement. 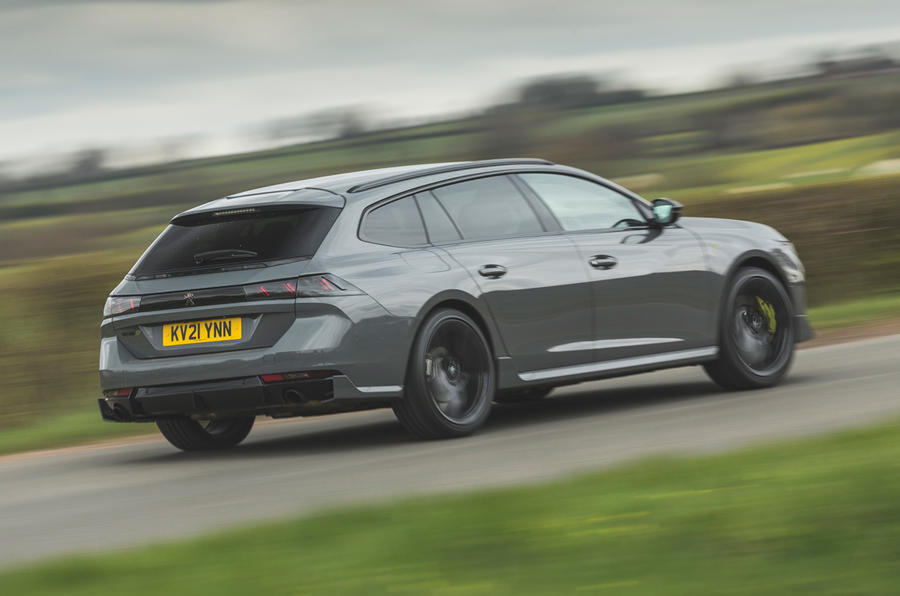 Peugeot 508 PSE: The car credited with reminding us that Peugeot still knows a thing or two about ride and handling, the 508 PSE has been something of a revelation. Serving up that deliciously fluid feel on the road that used to be French car calling card, the 355bhp 508 is fast and fun, yet it soaks away bumps with limousine levels of comfort. 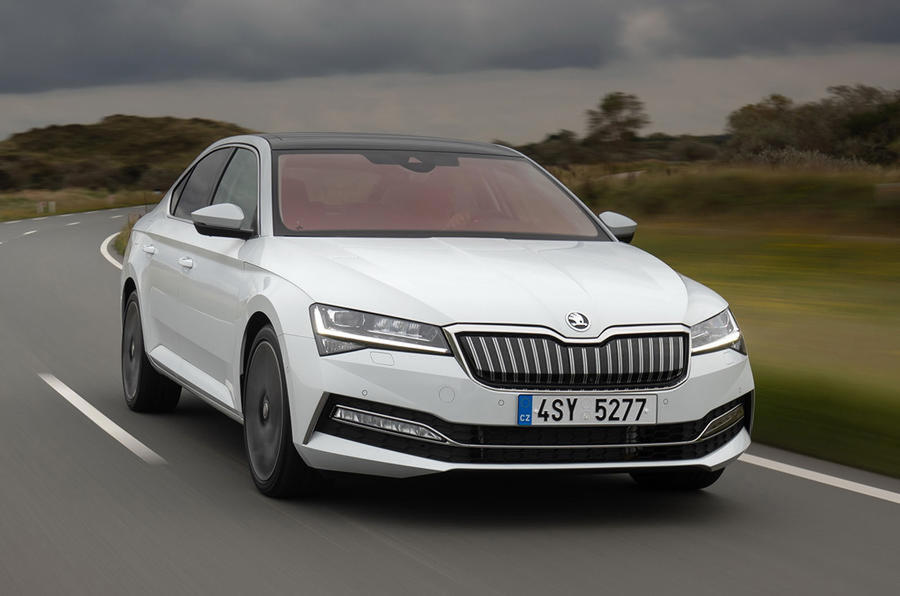 Skoda Superb iV SE Technology: The Superb might be a very sensible choice for business users wanting to save a few quid on their salary sacrifice, but there’s more to the Skoda than a vast interior, a big boot and a small tax bill. Granted, thanks to its 1.4-litre petrol and electric motor, the Czech machine emits just 23g/km and falls into the 11% BiK band, meaning a lower rate taxpayer is forking out just £776, which isn’t very much at all.

Yet the Superb is also good to drive, with crisp handling and a controlled ride, while with 215 electrically-assisted bhp on tap it’s no slouch. You’re never going to get up early just to take it for a blast, but there’s enough dynamic appeal that you might take the long way home from the office. 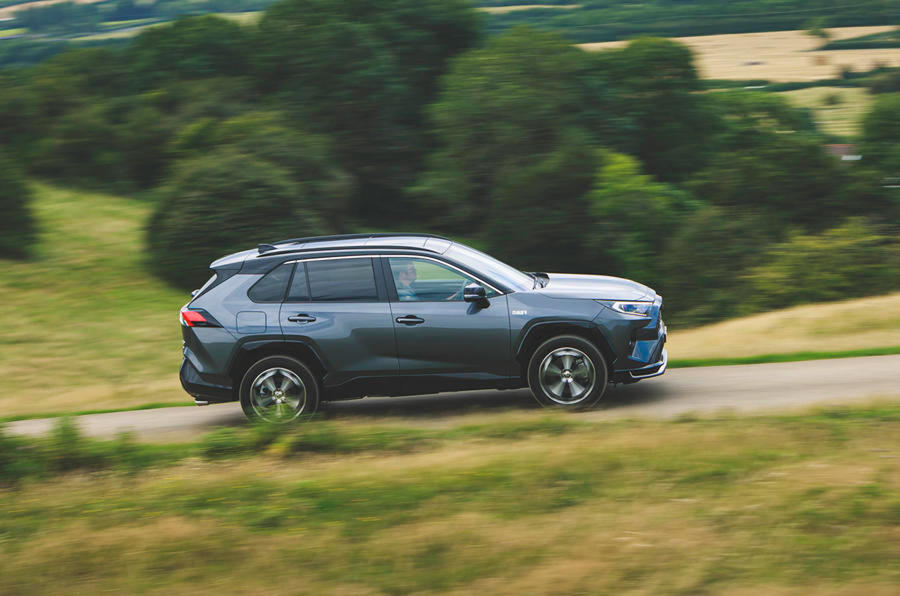 Toyota RAV4/Suzuki Across: We’ve bundled this pair of plug-ins together because, well, they’re essentially the same car. A large 18.1kWh battery means a claimed 46 miles of EV running. CO2 emissions of 22g/km and a very attractive BiK rating of 7%. It’s not the most exciting to drive, but it’s precise, composed and, crucially, very comfy. It also goes well, dusting the 0-62mph dash in just 6.0 seconds, so you can say ‘sayonara’ to the hot hatch brigade.

When it comes down to brass tacks, the less costly RAV4 Design gets the nod, with lower rate earners sacrificing just £584 in tax. 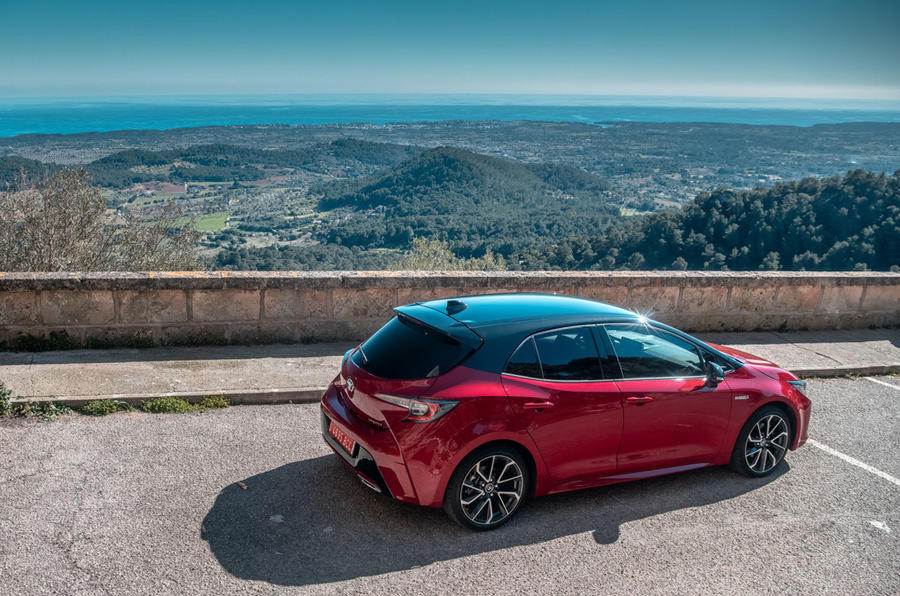 Toyota Corolla 2.0VVT-i Icon: Once a byword for the car as a dull domestic appliance, the latest Corolla is actually a rather fine thing. Good looking and underpinned by the brand’s latest TNGA platform, it serves up a sweet ride and handling balance that means you won’t actively be avoiding corners. There’s a hatch (our preference) and saloon and Touring Sports estate, and all are powered by the brand’s ‘self-charging’  petrol-electric hybrid powertrain, which works well once you’ve mastered the quirks of the CVT gearbox.

The 120bhp 1.8-litre is rated at 24%, making it the least costly company car, although the 181bhp 2.0-litre in well-equipped Icon spec is a much more eager performer, barely less efficient and attracts a rate of only 26%. 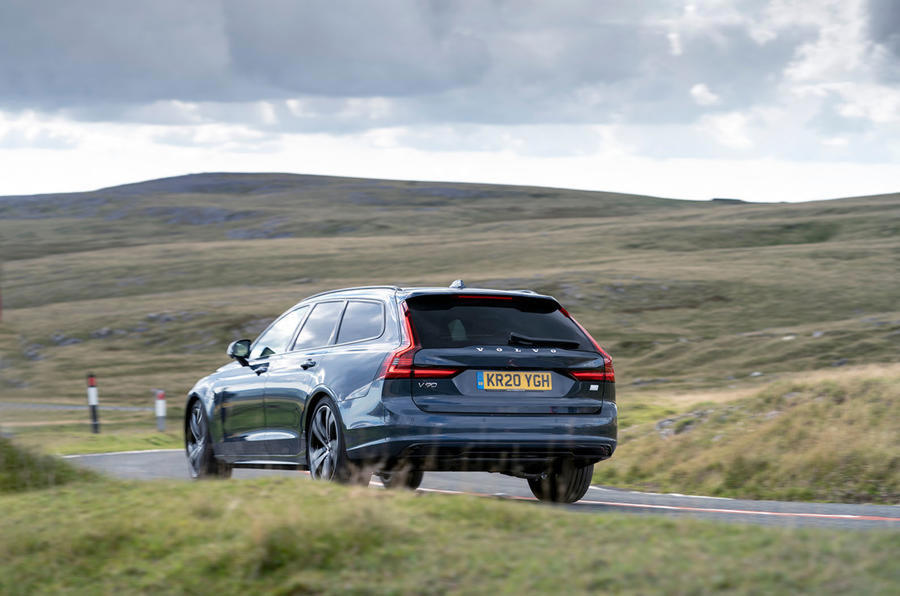 Volvo V90 Recharge T6 Inscription: It’s hard to resist the lure of a large Volvo estate, its blend of understated style, cosseting comfort and useful versatility making it a fine family-friendly choice. It’s not a bad shout for fleet managers either, a recent refresh bringing a bigger battery for the plug-in hybrid system, the twin-charged 2.0-litre and electric combo now serving up 345bhp and 53 miles of electric range. That means CO2 emissions of just 20g/km and a BiK rating of just 7%, yet the ability to sprint from 0-62mph in just 5.6 seconds.

However, this is a Volvo, so best just to relax, enjoy the supremely comfortable seats and revel in how little cash you’re handing over to HMRC.