The seven stages of a car’s life: from new to classic Without doubt, there are at least seven ages of the average car – but only if it’s lucky.

Progressing from the showroom to your driveway via a used car lot or two before morphing into a banger and then either being terminated in a scrapyard – sorry, recycling centre – or becoming a cherished classic in your garage.

Then again, some marques are more special than others. Is a Ferrari ever truly ‘used’ in the accepted sense of the word? Certainly, they become pre-owned, loved or cherished, before missing several pre-terminal stages to become a classic. Indeed, are Caterhams ever truly used, with their marginal mileages? They pass go and straight to classic. Meanwhile, Jaguars usually tick all the life stages.

However, for the purposes of explanation, let’s take one model that has been around seemingly forever. One that has lived several lifetimes over many decades and perfectly demonstrates the Seven Ages of Car. That’s right: it could only be the Volkswagen Golf. 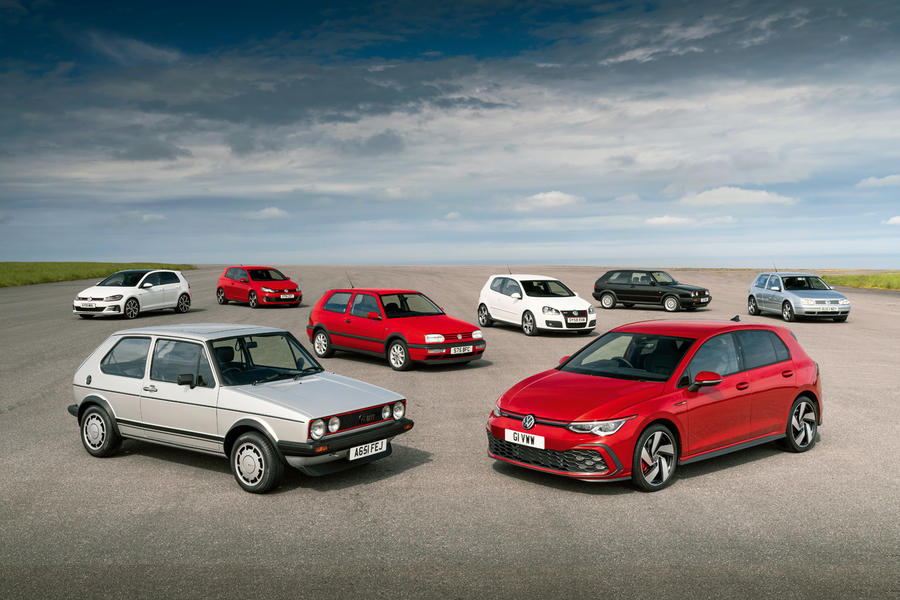 Brand-new cars are showroom-fresh and have delivery mileage, which can vary hugely. This is where all cars come from. The advantages are a manufacturer warranty and the peace of mind that goes with that, and the excellent news is that you can get a deal without trying too hard.

There are also brokers who can source dealer-supplied cars at even keener discounted prices and finance offers. Broker4cars.co.uk offered up a Golf 1.5 TSI 150 Life for £20,923, making a claimed saving of £4722.

Pre-registered is a subdivision of brand new. Technically, these are used cars, because there’s a name – usually a company one – on their V5 registration documents, which gives the dealer an excuse to sell them cheaper. The dealers aren’t being generous, they’re just doing it to get a bonus from the manufacturer for registering (not selling) a car, then using the rebate to cut the asking price.

Anyway, dealers get a bit touchy about this subject and will rarely acknowledge that it happens.

I found a 2021 Golf 1.0 TSI at a dealer showing just 50 miles, so it clearly hadn’t been anywhere. Indeed, according to the DVLA website, it was still untaxed. A logbook had been issued just a few weeks previously, so the dealer would register it before you pay £21,999 (or £296.67 per month on finance).

Nearly new cars are sometimes dealer demonstrators or cars that have been on hire or with a short-term lease fleet. Most cars under a year old with less than 10,000 miles can be regarded as newish, although nearly new also encompasses dealer-warranted used cars and what you can find at some car supermarkets.

I identified what was presumably a demonstrator, a Golf R registered in April 2021. This had done 3500 miles and was up for £41,980 at Bury St Edmunds Volkswagen, covered by the maker’s warranty and prepared by its Approved Used scheme. 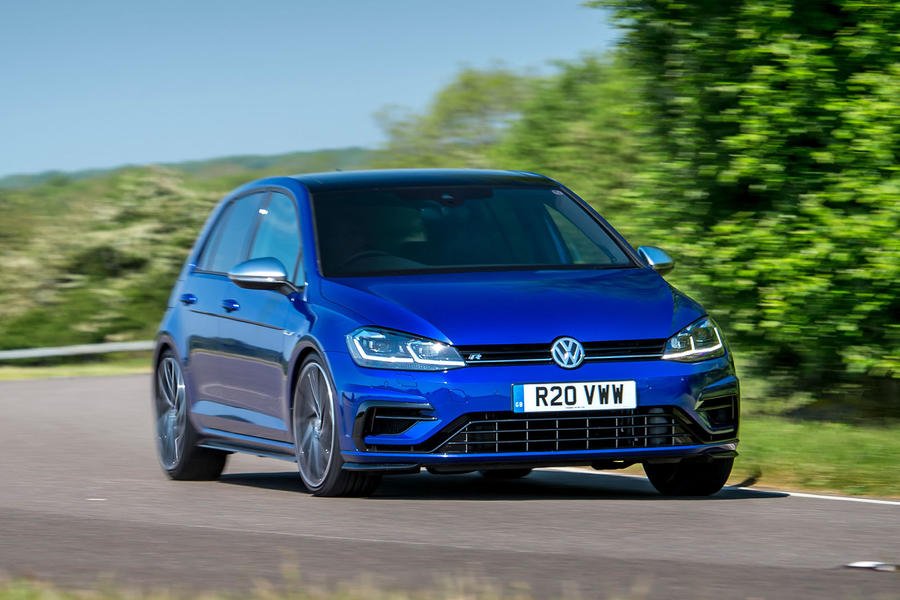 Technically, every car with a previous owner is a used one. However, for our purposes, a used car is out of manufacturer warranty but still tidy and with a reasonable enough mileage to get an independent one.

This is the general population for all cars being sold and includes private and dealer sales, so now we can consider older Golfs. Thus we arrive at Allans Cars, where for just £5450 there’s a 2014 1.6 TDI Bluemotion Tech SE with 86,000 miles and a full service history.

Diesels aren’t popular any more, but obviously we can get amazing MPG from them. A 2011 1.2 TSI 5dr with 89,000 miles from RB Cars and Vans Limited for £3890 will get you into emissions-protected areas and achieve pretty decent economy, too.

For something rather more exciting, an old-fashioned Golf GTI from the Mk5 era – a 2008 2.0 TFSI 3dr with a reasonable 70,000 miles – is £6295 from Valor Elite Cars. It has four previous owners, lovely red paintwork and an unmarked body.

This is proof that a used car can tick all the best buying boxes, as you can get a prime Golf for a fraction of the brand-new cost.

A banger is past its 10th birthday and possibly (but not necessarily) high mileage. Ideally, it’s all depreciated out but still full of life. So these are never wrecks or MOT borderlines yet are still only a couple of grand tops.

Where will these Golfs go next? The 1.6 auto will fade away, but surely the VR5 will go onto greater things? Potentially any Golf, interesting or not, is at the crossroads. If it manages to dodge the scrapper, the banger Golf will make it to the next stage…

For the purposes of amusement, a fairly ordinary and previously common model is talked about in hushed tones as a future collectible by pretentious enthusiasts. You might laugh, but then before you know it, it’s a full-blown classic car that’s going up in value.

Well, here’s the thing: Back in the 1990s, the Mk3 Golf was a bit of a let-down, with blancmange styling and (some would say) build quality, but a couple of models show promise.

The Cabriolet can still do an open-top job, with prices starting at a mere £995 for a 1996 1.8. In the private classified advert it said “****classic****”, which I would say suggests that it could well be ironic. Anyway, it has done 148,000 miles and has a dodgy driver’s door lock, but at least the roof works.

A grand more gets you a 2.0 Colour Concept hatchback, and the prices go up from there to beyond £3000, so there’s one to watch. Otherwise, it’s the VR6 and GTI; maybe they’re classics now? Certainly, the GTIs of the previous two generations have categorically become so. 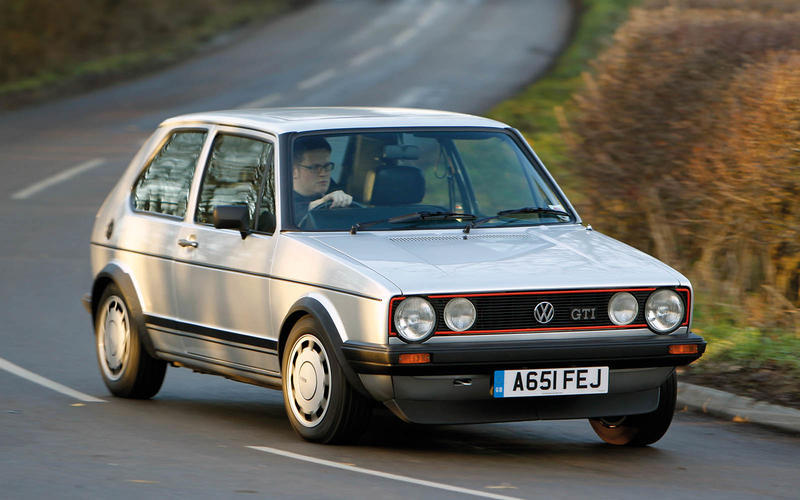 All of a sudden, the Banger crosses a threshold. A classic is now just a very old car, and the trick is to buy it before the prices start rising.

You’ve missed the Golf-shaped boat when it comes to the Mk1 and Mk2; even a Mk2 GTI with a mega-mileage, peeling lacquer and other issues will cost you around £4000.

The smart money goes on an unmodified eight-valve 1.8. I found a 1988 example with just the one previous owner and 54,000 miles advertised for £12,995. It is not in concours condition but could be made so, says the seller.

If you do want a concours example and are prepared to pay (in this case £26,950), you can enjoy a 1981 1.8 GTI that has done only 500 miles since it was rebuilt. That’s less than it probably cost to recommission, so something of a bargain – honest.

Alternatively, the supercharged G60 was rather special and rare. A 1990 leftie with recent work to tidy it up is £23,995 from a classic dealer.

And finally, as well as the classic, you will want a brand-new modern for the everyday commutes, shopping and school run. Except that this is the Golf we’re talking about…