I’ve been driving along it for the past 20 minutes and, apart from Glyn Hopkin MG situated at its eastern end near the North Circular, I’ve seen very few dealers. At the road’s western extremity, where it becomes Stratford Broadway, there is one – or, with a mesh fence enclosing some cars, what looks like the remains of one. Back in 2017, there was a dealer here but its signs are gone. It’s the end of Romford Road and, sadly, the end of my attempts to find more than a couple of car dealers on it.

I’m here because I’m following up a story I wrote for this magazine four years ago. I was trawling East London, meeting dealers to find out how business was in the midst of Brexit, when confidence was rocky and car buyers were continuing to shun old motors in favour of new or nearly new ones on PCP finance. 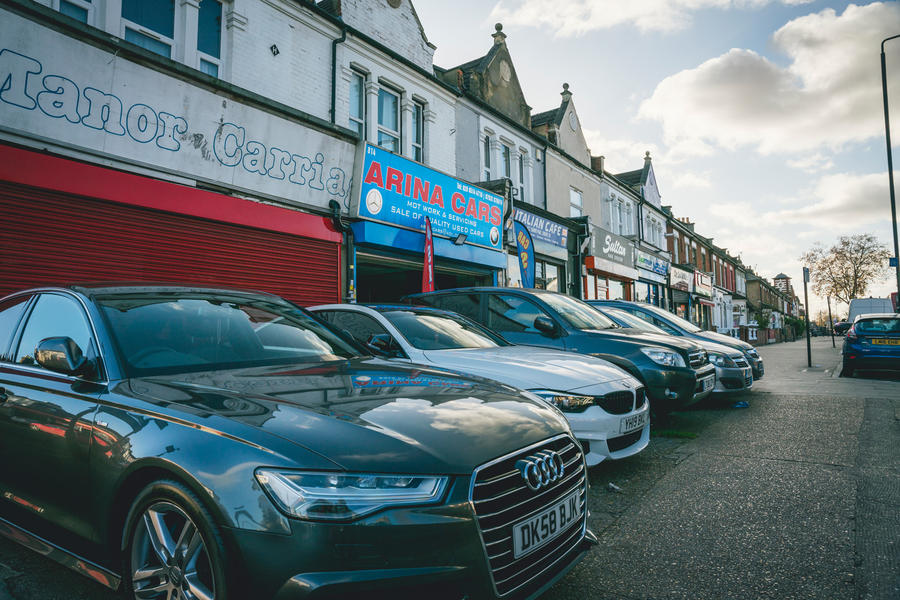 On that point, none of the dealers I met could understand why anyone would pay a deposit equivalent to the price of one of their old cars for a new one that they would never own and which each month would cost them at least a quarter as much again in payments. There seemed to be little point explaining why a new Volkswagen Golf GTI with all the latest features and a proper warranty might be preferable to a 10-year-old one with multiple ex-owners and a whisper of service history, so I didn’t.

Now I’m in East London again, but on a slightly different mission, tracing the A118 from Gallows Corner (where highwaymen, not car dealers, were once hanged) to where it (but now called Romford Road) meets Stratford – a distance of around 10 miles.

With Brexit done, dealers have been facing a far tougher challenge in the shape of Covid-19 and its consequences, chief among them being zero footfall for months on end, followed by sky-high used car prices. Throw in the emergence of online used car sellers and mega-dealers including Carzam, Cazoo and Cinch and could, I wondered, the A118’s legendary used car dealers be facing extinction?

I leave Gallows Corner, eager to encounter my first one, which soon heaves into view. There has been a Gidea Park garage on this site since 1919, while Gidea Park Motors, the present business, has been in the same family for the past 50 years. I reckon a little thing like a pandemic isn’t going to knock it off course. 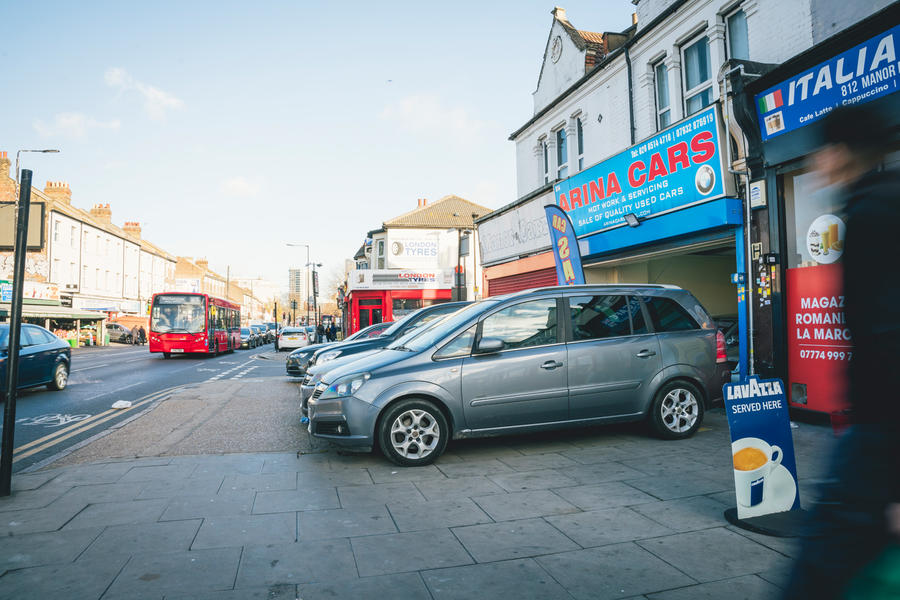 Paul, who looks after sales, isn’t in today, but his colleague tempts me with a 2010 Vauxhall Corsa 1.4 auto for £3795. How’s business, I ask: “Cars are so expensive now. With the ULEZ now in force [London’s Ultra Low Emission Zone, which penalises older, more polluting cars], everyone is rushing to buy younger ones. Prices have taken off.”

Judging by their scarcity, so have dealers. After Gidea Park Motors, I don’t see another dealer until, west of Romford, I chance across Cars Hunt.

“We used to make up to £2000 a car, but now we’re lucky if we earn £600,” manager Imran Latif tells me. “£600 on a nearly new Mercedes E-Class! In 14 years of selling cars on this road, I’ve never seen anything like it. Customers don’t want to pay anything but we’re having to pay everything.” 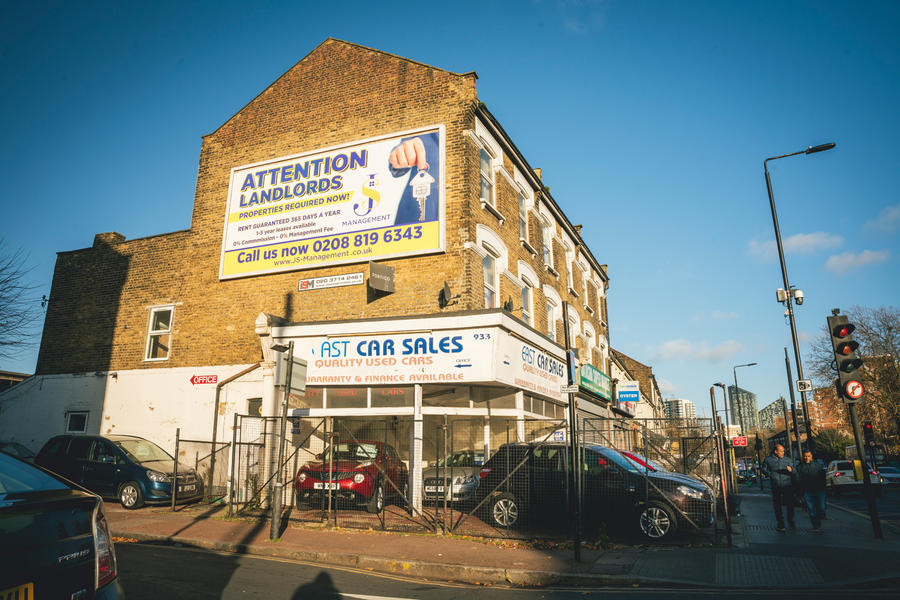 There are more dealers at this end of town, including Chariots of Romford – a reference, perhaps, to the fact that, way back, the A118 was a Roman road linking London with Colchester in Essex. Anyway, it’s Caesar’s day off, so Geoff takes my enquiry.

“An automatic?” he asks. “They’re the crown jewels for us: hard to find but easy to sell. Prices are rising fast for the best ones.”

I tell him his place is pretty rare. He explains: “This road used to be chocker with dealers, but now flats have a bigger value than cars.”

It seems he’s right. Save for some franchised showrooms, I spy no more used car dealers until Seven Kings, just east of Ilford, when a miniature strip of them suddenly appears. I realise I was last here for my previous story four years ago. Remarkably, given everything that has happened between times, they seem to be the same businesses, too. Brexit and the way Eastern Europeans suddenly stopped buying cars was the big talking point then. Now it’s car prices and high rents

“Used cars are getting more expensive all the time while high rents and Covid have forced many dealers out of business,” says Iyaz.

Not his near-neighbours, though, as Mohammed at Car Planet reminds me: “We’re not going anywhere. We’ve been here a long time.” 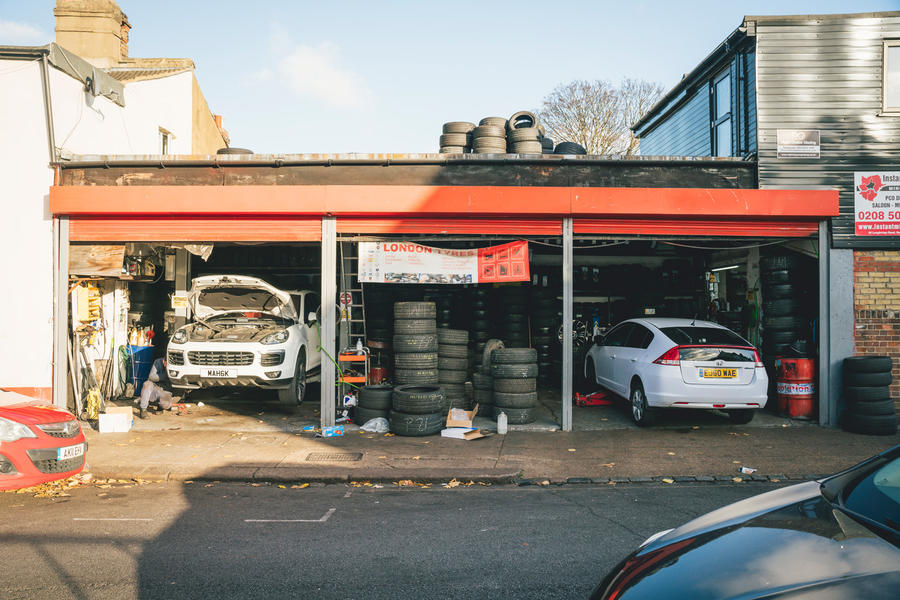 As long as Gladwell Motors, another dealer 500 yards down the road? “My uncle opened this place in 1963,” Ron, the owner, tells me.

“When I started, I had hair. A lot of people will rip you off around here, but we’re old-school. Got a problem? We’ll sort it. We’ve got loads of good reviews but a few moaners, too. You can’t please everyone. We only buy nice cars from nice people, but they’re getting more expensive and harder to find. The cars and the people.”

Farther along is Amanah Prestige, my first upmarket dealer of the day. They have a 2020 Volkswagen Golf 2.0 TDI Style DSG with 12,000 miles for £22,990. All things considered, it’s a competitive price. “One of the cheapest around,” Mo assures me. “It has just had a new battery and some injector work carried out under warranty, but otherwise it’s a great, one-private-owner car. Ones like it are becoming very hard to find and expensive, too.” 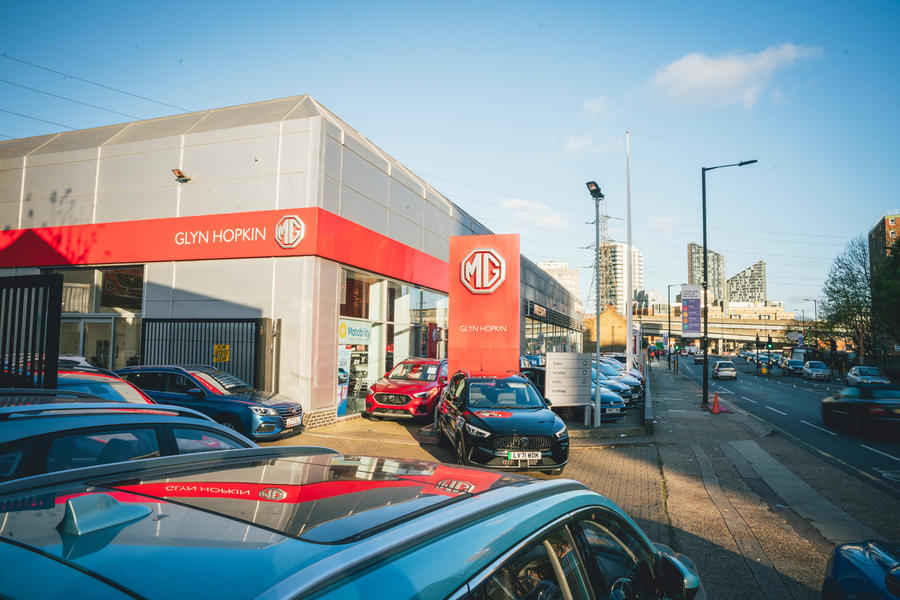 Past Ilford, under the North Circular and, at last, the A118 becomes Romford Road. A Glyn Hopkin MG dealership stands guard and, a quarter of a mile or so later, Arina Cars (no one appears to be around), but as I drive westwards I see no other dealers.

There’s MR Motor Services (surely a survivor from the old days) and Muscle Mansions in Forest Gate where a 19-year-old body builder called Arnold Schwarzenegger lived and trained for two years in the mid-1960s but no more Rons of Gladwells and his ilk until, at the end, I clock the cars behind the wire mesh fence that opened this tale. Looks like Geoff at Chariots was right. 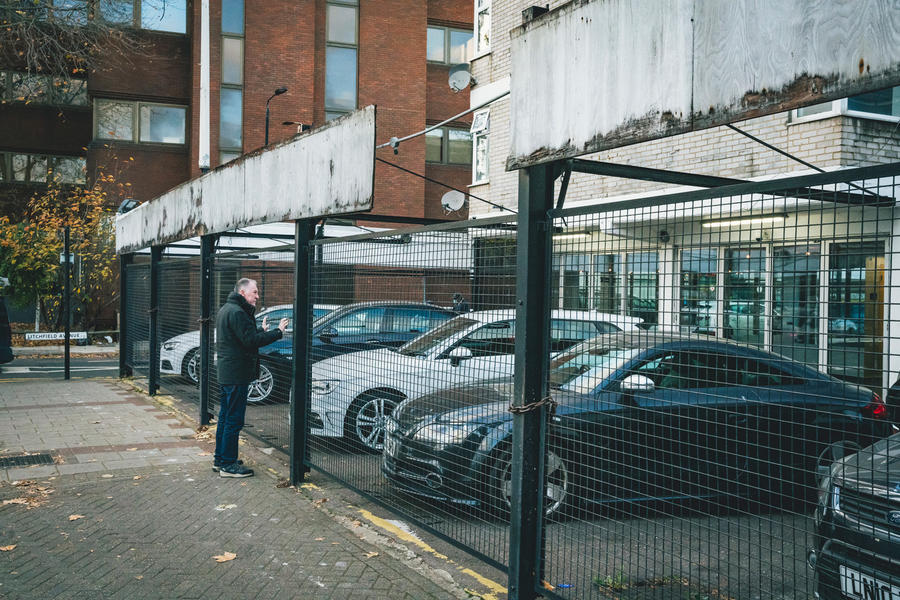 Used car prices are driven by supply and demand, so prices, at least for the most popular cars, will continue to strengthen. Keeping them in play, of course, is the new car supply crisis caused by the current semiconductor shortage. Much of the post-pandemic demand we saw earlier on has washed out. Now buyers’ natural appetite for a replacement car has taken over. If it must be used instead of new, so be it.

There has been some levelling off of prices and even a few dips, as anyone who periodically checks their car’s value with the likes of Webuyanycar will know. Christmas and the first few weeks of the new year, when people are spending their money on other things, is the most likely explanation for this. Values of seasonal models such as convertibles are likely to be softer, too, so if you’re after a bargain, look at these.