Spending the week with the 2021 Ford Escape SE hybrid had me come to an important realization: that all compact crossovers need to come standard with a hybrid powerplant. Why? Because these things have become the go-to vehicle for middle class families, rendering the compact and/or midsize sedan obsolete. Young families on a budget appreciate these types of vehicles for their cargo space, lifted ride height, all-wheel drive, and low running costs, hence the importance of a super fuel-efficient default powerplant.

Sadly, the auto industry still hasn’t caught on to this, which is why the Escape hybrid – which is somewhat of a pioneer in its segment – still only has three real competitors: the Toyota RAV4 hybrid, the Hyundai Tucson hybrid, and soon, the Kia Sportage hybrid. Yes, Honda has been selling a hybrid CR-V in the U.S. for a while now, but we won’t get it until mid next year when the model gets overhauled.

So, how does Ford’s electrified family shuttle fare in this exclusive group? It does a bang-up job of combining the competition’s traits, even if it does come with its share of pitfalls.

Perhaps where the Escape hybrid impressed me the most was in its ability to carve its way down a winding road in utmost stability and eagerness. I never expected a hybrid compact crossover to be this enjoyable to flog around on my favorite piece of tarmac. The Escape has a refined, buttoned-down feel when driven fast. Its suspension is beautifully tuned to properly gobble up trashed Quebec roads, and there’s a puppy-dog feel to the way it pounces its way out of a corner. The last time I felt this behind the wheel of a Ford was in a Fiesta ST.

And there’s ample power on tap too: 200 combined horsepower thanks to a naturally aspirated 2.5-litre four-cylinder and a tiny electric motor that’s squeezed inside the transmission. That’s the key to the Escape hybrid’s peppiness, where the electric motor is located. Because on paper, it’s not necessarily more powerful than a RAV4 hybrid. Yet, it feels much quicker off the line.

That’s because that eCVT (electronic CVT) takes over before the thermal engine picks up in the revs, delivering smooth, punchy takeoffs. Furthermore, while the RAV4 hybrid relies on a rear-mounted electric motor for four-wheel locomotion, the Escape still uses a mechanical differential and driveshaft. So, driving it feels very much like a conventional Escape, but with the added off-the-line boost provided by the electric motor. It also yields a more linear power delivery than Toyota’s system, with less irritating drone. 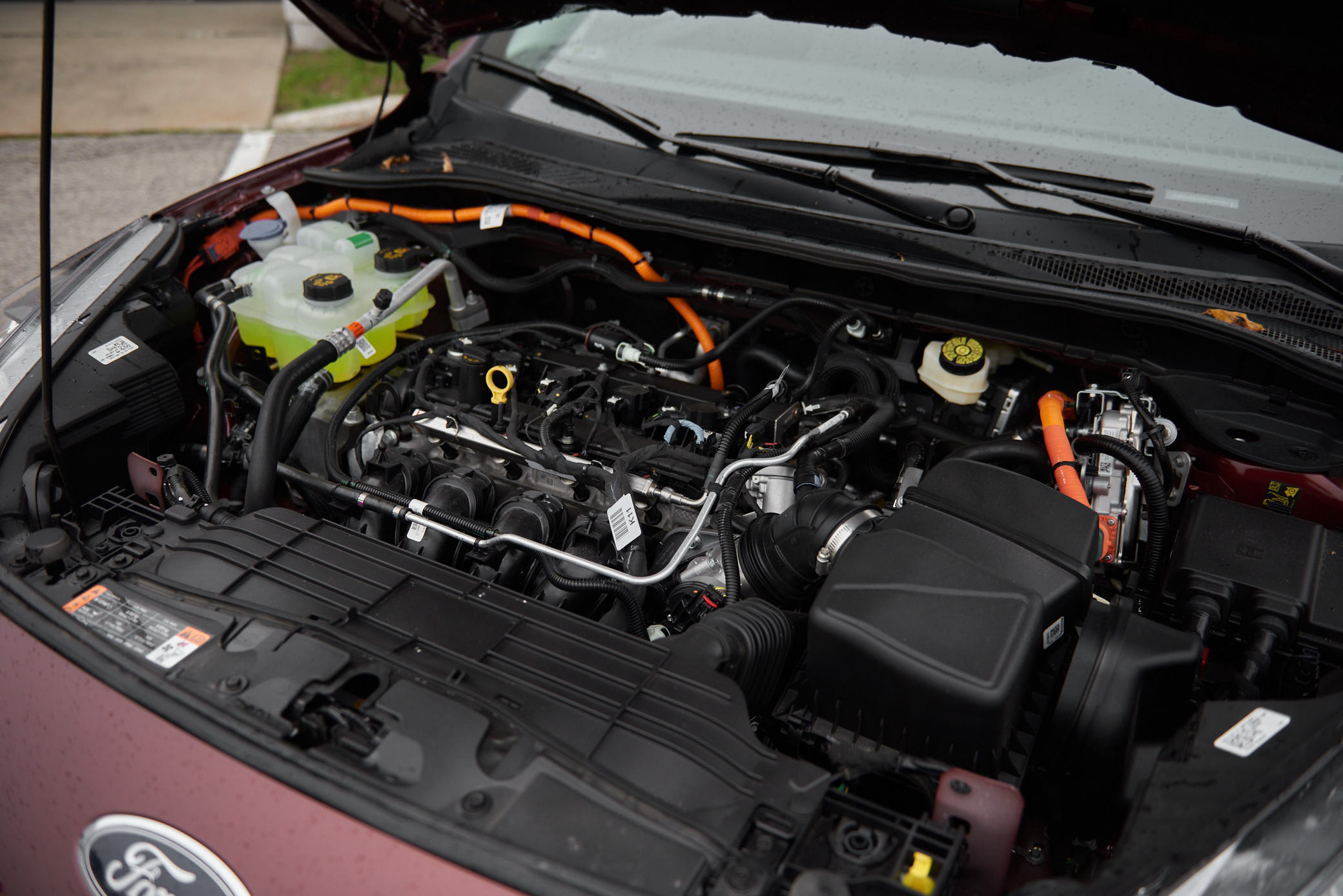 But while performance is always a good thing, it’s not what the target buyer is after. Where the Escape hybrid needs to convince consumers is in its ability to keep the gas bills low, but also work as a family shuttle.

With being fuel efficient, it does rather well, at times even better than its main rivals from Hyundai and Toyota. I’d know, because I drove this Escape from Montreal to Toronto, and back again. It returned a solid 6.5L/100 km average during the trip. That kind of fuel economy was once reserved for subcompact cars. Now it’s possible to achieve it in an all-wheel drive SUV that seats five people while also carrying the dog and a full load of groceries.

Special mention also goes to Ford’s still excellent Sync 3 infotainment interface. Although modern Ford vehicles like the Mustang Mach-E and F-150 utilize a more modern Sync 4 software, there’s a simplicity and an ease of operation in Sync 3 that can’t be ignored. It also connects quickly and smoothly to Android Auto (in my case) 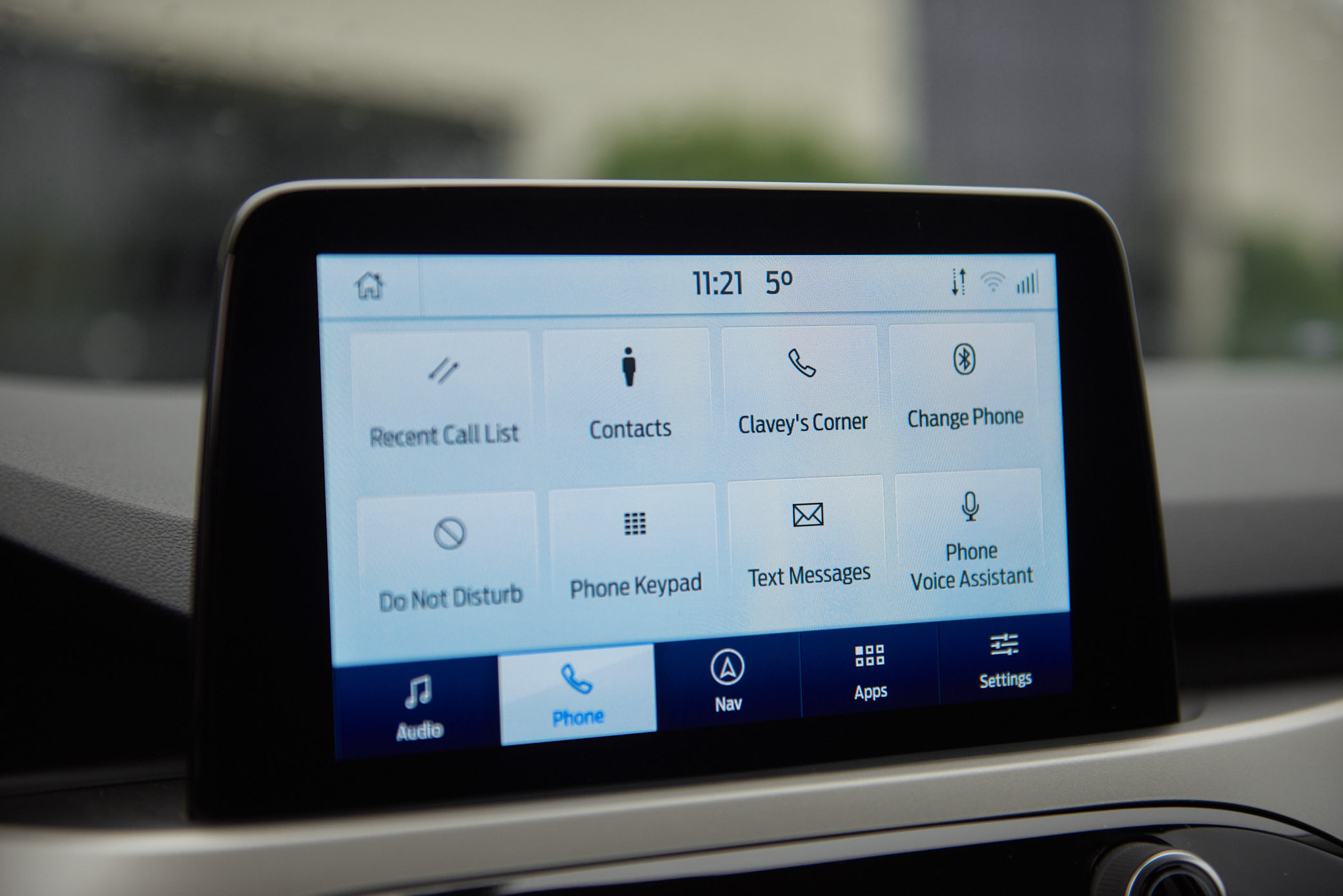 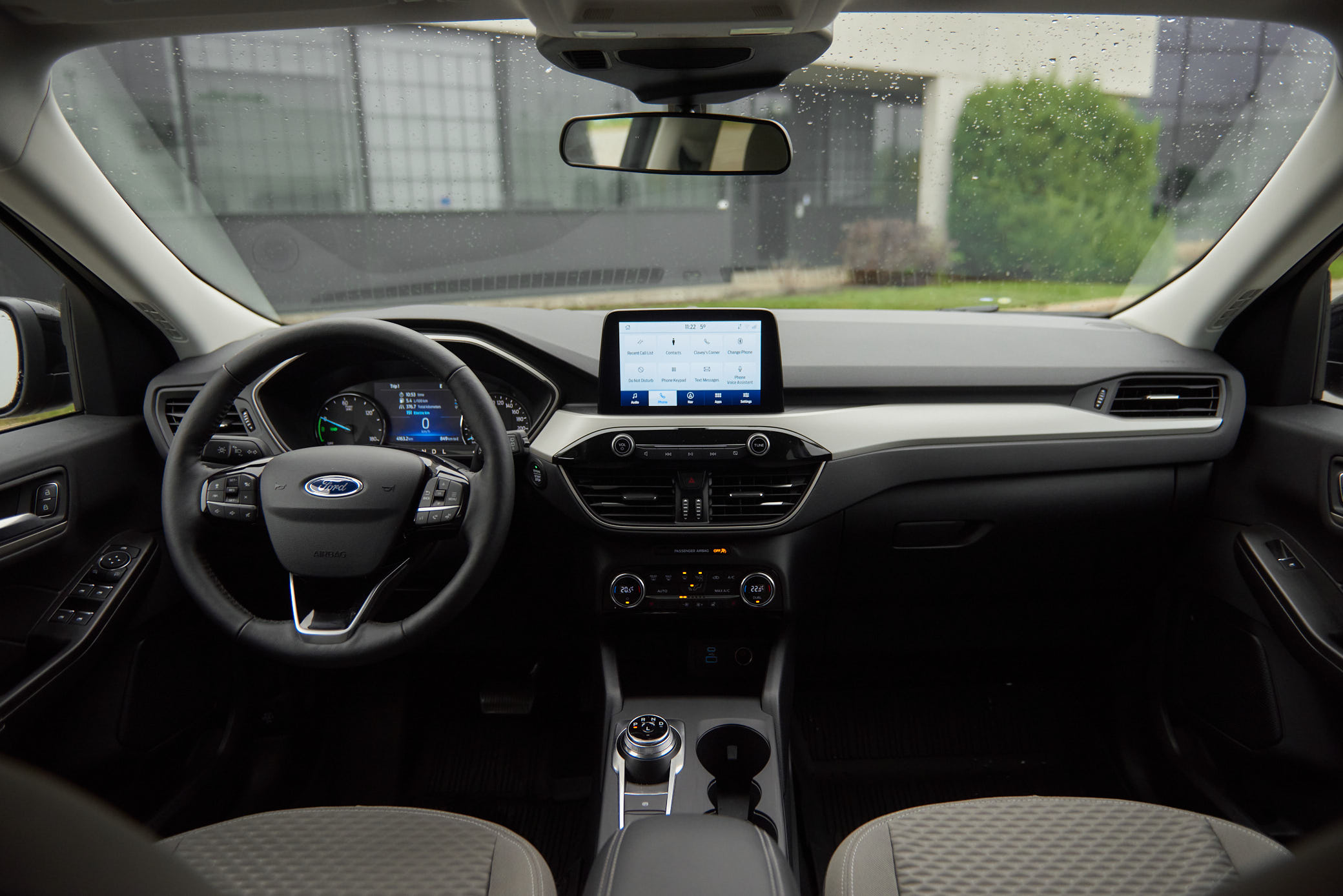 Sadly, the Escape hybrid’s stiff competition reveals some of its biggest flaws. Sure, a RAV4 hybrid is nowhere near as rewarding to drive as this Ford, but build quality is considerably better. Some flimsy cabin materials and awkward noises when driven over rough roads were flabbergasting. And don’t get my started on its unbelievably hard seats.

The Escape is also a tad smaller than its main competitors, both in terms of rear head and leg room as well as overall cargo space. For reference, its trunk will engulf up to 1,925 litres of your gear when the rear seat is folded flat. That’s a lot, but a RAV4 still beats it at 1,976 litres. A Tucson hybrid? 2,119 litres.

Finally, there’s the price. In its most basic form, the Escape hybrid is right smack in the meat of the segment. But you’ll need to spec it with optional packages if you want basic accessories like a sunroof. Our tester stickered at $38,799 before freight and destination, but still didn’t have one. Meanwhile, a $38,309 RAV4 Hybrid XLE AWD throws it in at no extra cost. 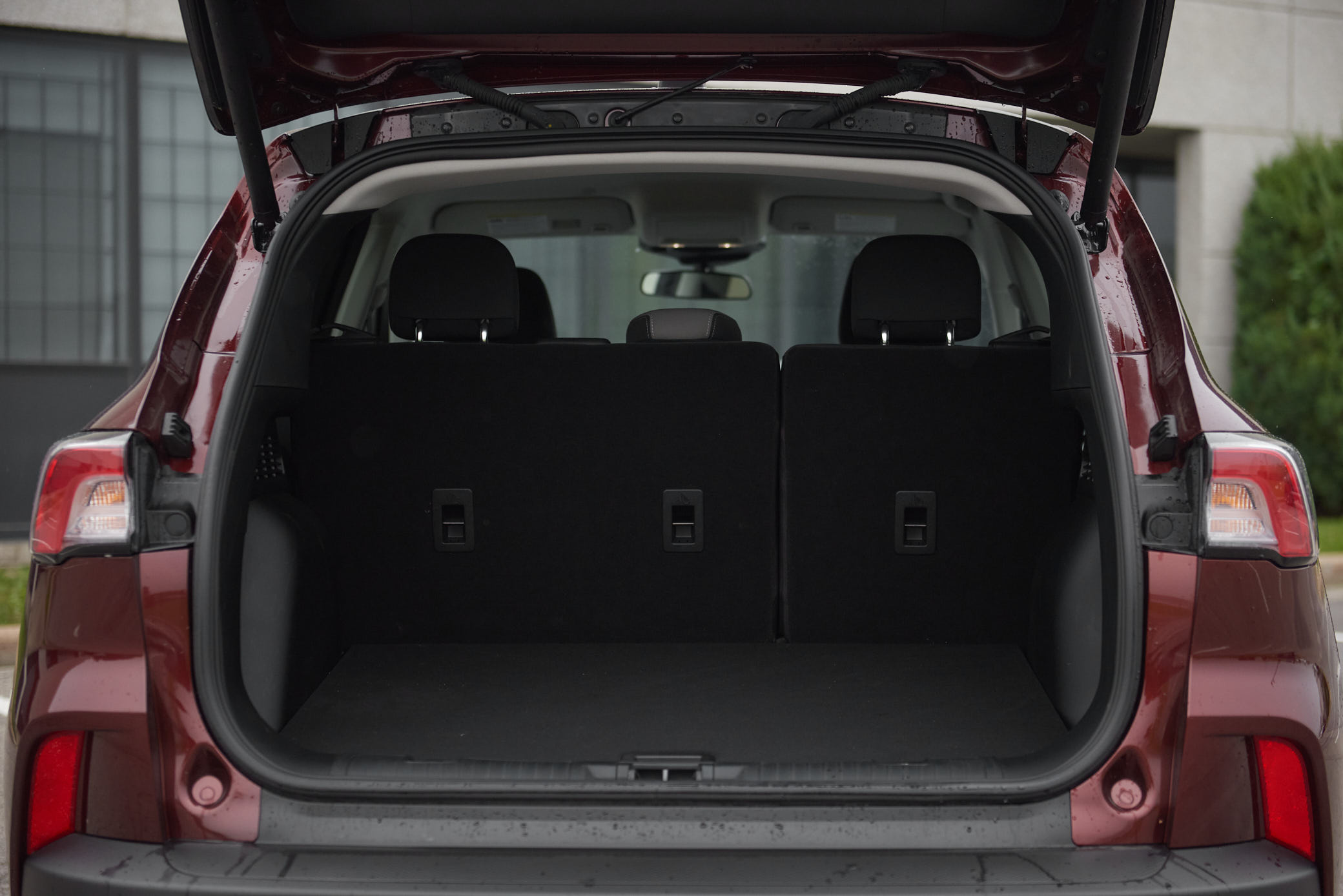 There lies the Escape hybrid’s main problem: it may be fun to drive, quick off the line, and extremely fuel efficient, but it unfortunately misses the mark in other areas that matter for today’s family: build quality, overall comfort, value, and cargo space. While it’s a good product that properly fulfills its mission, it takes a back seat to more complete alternatives from Toyota and Hyundai.