A redesigned Kia Sportage is coming for the 2023 model year, and last October Kia provided U.S. specs on the vehicle that will go on sale in the first quarter of 2022. On Tuesday, Kia provided information on the new plug-in hybrid version.

The redesigned Sportage takes on a dramatic new look, with elements like a clamshell hood up front and the pinched leading edge of the liftgate looking similar to what we see on Kia’s new EV6 electric crossover introduced for 2022. And like most new Kias, there’s a grille spanning the width of the vehicle’s face. Another interesting element is the set of matrix LED headlights, whose main clusters are set low in the face and bounded by boomerang-shaped daytime lights. The available wheel sizes measure between 17 and 19 inches in diameter.

Inside, the Sportage features a premium design that wouldn’t look out of place in an Audi. The driver-orientated dash layout is dominated by a curved display integrating separate 12.3-inch screens for the instrument cluster and infotainment system. 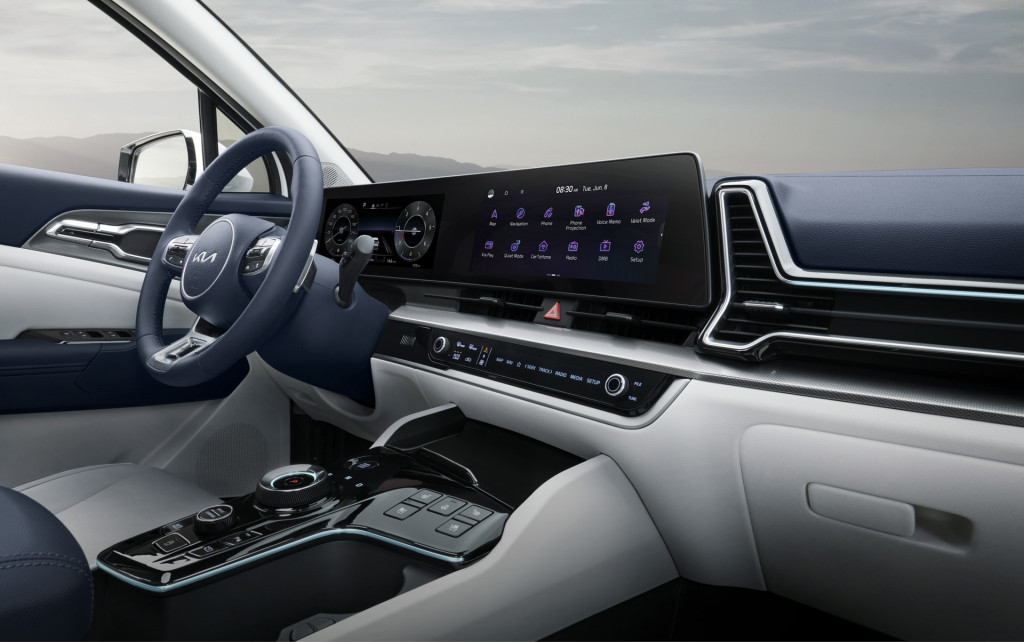 There are also multiple controls on the steering wheel together with a rotary dial for the gear selector, below which is a second dial for the drive mode selector. A Terrain Mode automatically adjusts several vehicle settings to improve stability on uneven or slippery surfaces, including snow, mud and sand. X-Pro models introduce some off-road hardware including 17-inch BF Goodrich all-terrain tires, heated windshield and wiper nozzles, and LED fog lights. 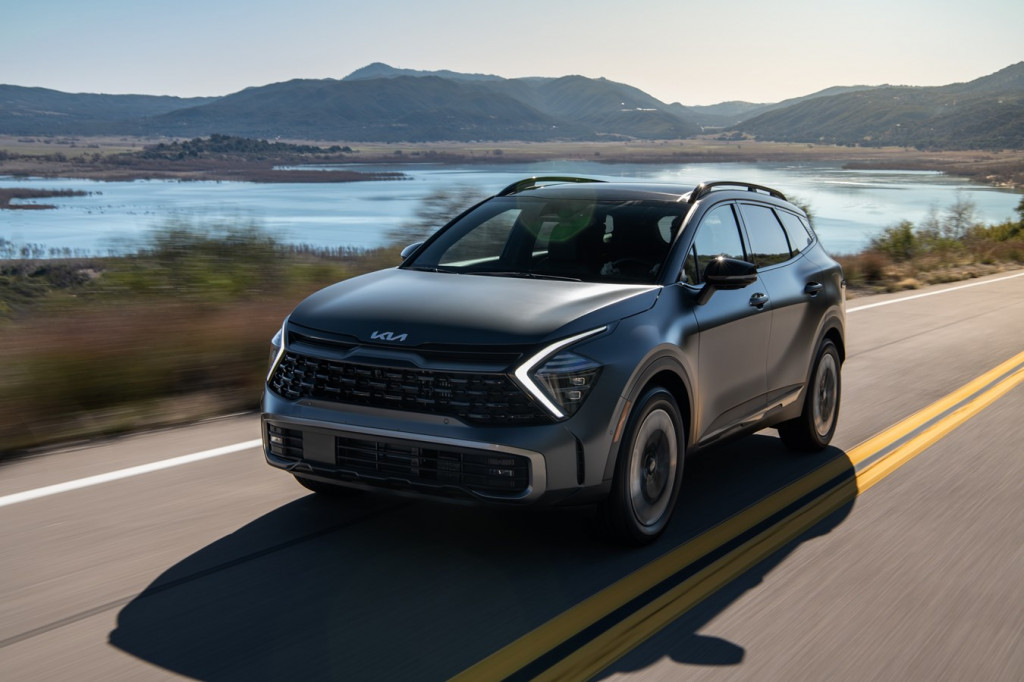 A pair of hybrids, one a plug-in hybrid, will join the lineup later, both with a 1.6-liter turbocharged inline-4 mated to a single electric motor integrated with a 6-speed automatic. The regular hybrid is good for 226 hp, while the plug-in hybrid’s 90-hp motor should be good for about 261 hp like in the Sportage’s cousin, the Hyundai Tucson. The plug-in hybrid also has a 13.8-kwh lithium-polymer battery pack that will deliver an estimated 32 miles of electric range. The plug-in hybrid charges via a 7.2-kw on-board charger, which fills the battery in about two hours on a Level 2 240-volt outlet.

For more on the Kia Sportage, read the in-depth reviews at The Car Connection.