Such is the hubbub enveloping the Porsche Taycan that you might have forgotten the Panamera exists. This is now reflected in sales figures: last year, the EV beat its ICE cousin 41,296 to 30,220 globally.

But for those who don’t want to forgo pistons, Porsche facelifted the Panamera in 2020, sharpening the exterior, updating the infotainment and, of crucial importance to buyers from Bath to Bangkok, breaking the Nürburgring lap record for exec cars with the 671bhp Turbo S E-Hybrid. However, it’s the entry-level plug-in hybrid, the 4 E-Hybrid, that’s the most broadly capable Panamera, particularly in estate-style Sport Turismo form, and this is the first time we’ve had a go in one in Britain.

The recipe includes a twin-turbo 3.0-litre petrol V6 and an eight-speed dual-clutch gearbox, with an electric motor sandwiched between the two.

The battery that supplies up to 34 miles of electric-only range sits beneath the boot floor, outside the considerable wheelbase, and can be charged on the move by the V6 (with a parasitic effect on fuel economy) or in 3.6 hours by a wallbox charger. 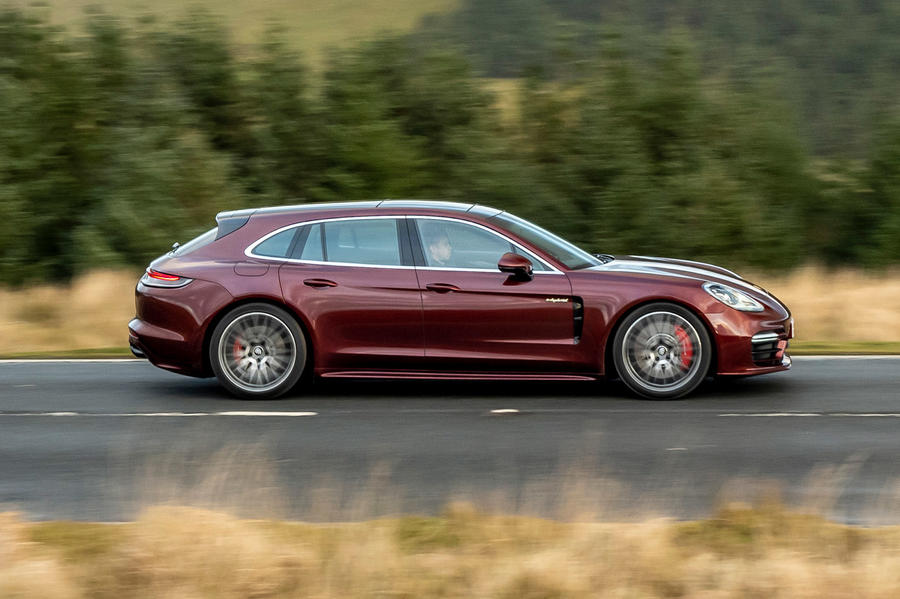 That meagre range is one of the Panamera 4 E-Hybrid’s few weak spots, because newer, comparably powerful PHEVs, such as the BMW X5 xDrive45e, manage up to 60 miles. This time next year, 34 miles might well feel token, if it doesn’t already.

The basic Panamera PHEV is otherwise an effortlessly appealing proposition. With 516lb ft, it’s never short of shove, and its weighty steering keys the driver into the road better than any other big saloon or estate does, with the possible exception of the £140k BMW M5 CS.

The ride quality also strikes that typically fine Porsche blend of long-wave compliance and control, although anecdotally I would have to say the Taycan Cross Turismo is both quieter and smoother on the move.

The low-speed precision of the Taycan’s accelerator response is also missing, although the Panamera hits back with the richness of its V6 and its superior roominess in the rear. 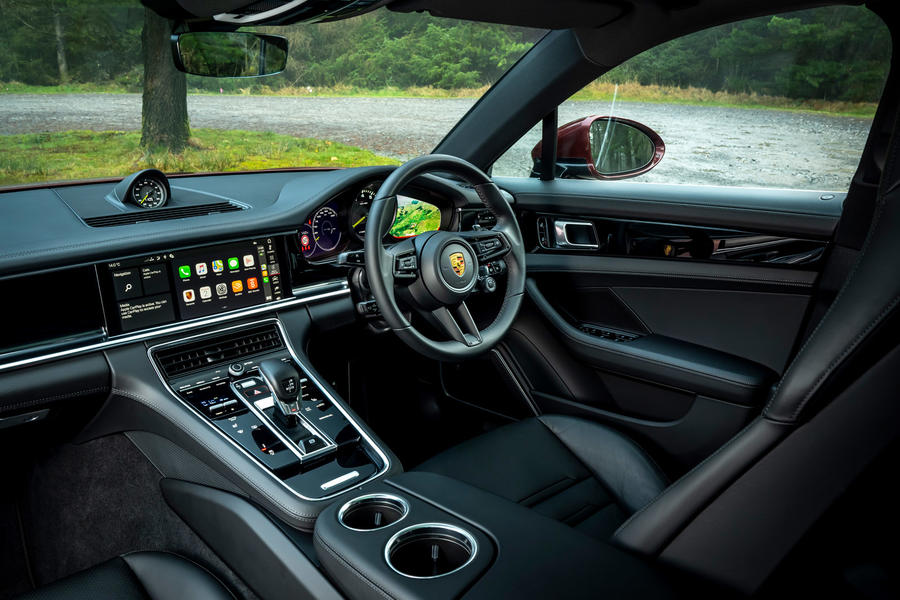