This is a Porsche 356 with an electric motor where the engine used to be. Curious.

Electrogenic, the Oxfordshire EV-conversion company behind it, thinks it might be the first electrified original 356 in existence, made at the behest of the car’s owner, who wants to drive a zero-emissions classic in town and whose family didn’t much like driving it when it had an engine.

They also get to keep the original 1.6-litre flat four, though, in case they ever want to put it back. The process is reversible; in a way, it has to be if you want to keep a car’s original registration. There’s a points-based system for keeping modified cars on their original identity, and a certain number of those have to be accrued from an unmodified chassis, else you could end up with a Q-plate, which you don’t want on a 1963 Porsche.

Anyway, the modifications here – and they’re very subtly and artfully done – involve adding a 36kWh battery and inverter and associated gubbins dotted throughout the car, including in the boot, and a 120bhp electric motor where the engine was in the back, still driving through the standard four-speed manual gearbox. The owner didn’t have to have it that way (it could be a single-speed transmission) but preferred the idea of keeping that driver engagement.

The whole set-up adds only around 35kg to the kerb weight. 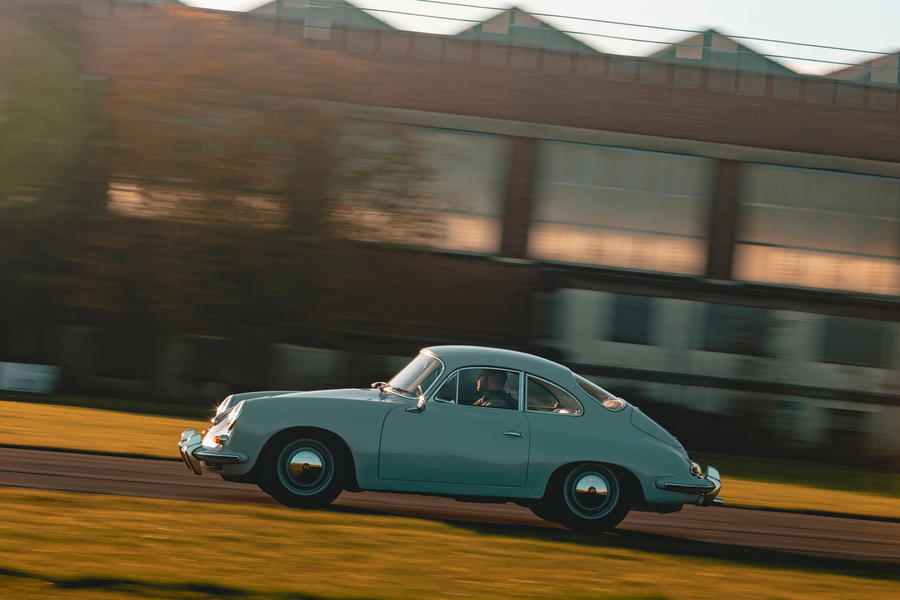 From the outside, you wouldn’t know there was anything unusual about this 356. The charging port is hidden under the flap where the fuel filler once was. Standard wheels, tyres, ride height, the works. Just that very pretty early Porsche shape.

There’s not too much different inside, either. The fuel gauge has become a battery charge gauge. (The range is said to be up to 140 miles, but I only did a couple on a short circuit, so you will have to take their word for it.) But mostly this is as discreet a conversion as you could imagine.

It’s an extremely simple cabin, with flat small seats and a big steering wheel, looking like it has just come from a very sympathetic and professional restoration.

Retaining the manual has made for a peculiar driving experience. It also meant Electrogenic had to be a bit more careful about the installation: whichever motor it put in place had to be one that wouldn’t blow a 60-year-old transmission. So you pop your foot on the clutch, slip it into first or, more likely, second, lift your foot off the clutch and, well, nothing happens. Then you press the accelerator and away it goes.

You can just leave it in second if you like, although it does get a bit whirry as speeds rise. When you shift, you don’t have to rev match. And if you lift off, it obviously doesn’t stall when you slow; it just coasts to a one-pedal stop (although using the brake pedal will add mechanical braking). And in third gear, it’s just rather less accelerative as you pull away.

I’ve never driven an original 356, but here the steering is precise and the handling engaging. With balanced control weights and seamless motor integration, it’s very easy to rub along with. 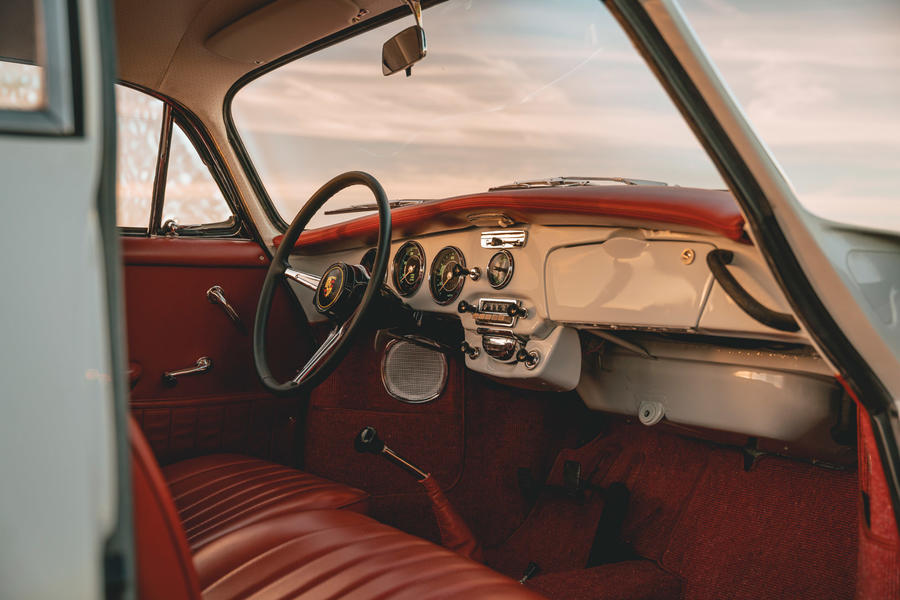