This is our first look at the next-generation Mini three-door hatchback, which is due to be launched in 2023. It will spearhead a wide-ranging reform of the Mini line-up, under which the brand will enter new segments, overhaul its production processes and go completely electric by the early 2030s.

The hatchback will continue to be built at Oxford (which will also host production of the Convertible variant, currently built by VDL Nedcar in the Netherlands, from 2025), with Mini committing to the future of its British factory as “the home of the Mini brand”.

Despite the car’s heavy camouflage, it’s plain to see that Mini’s flagship model will retain the squat, compact proportions that have been core to its appeal since it was relaunched by BMW in 2000.

However, revamped lights at each end hint at the extensive visual refresh for the Fiat 500 rival, which has been on sale in its current form since 2013. 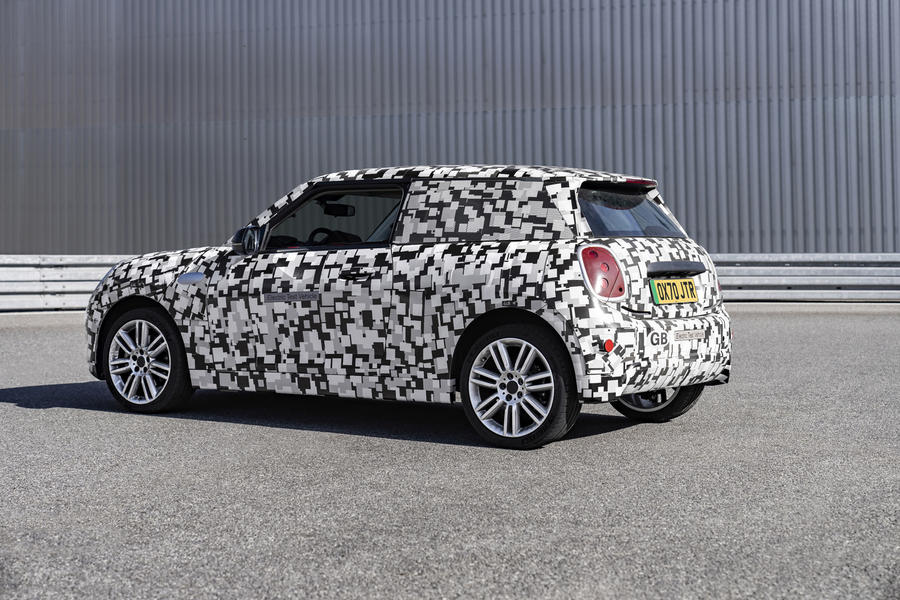 It will still be offered with a choice of pure-combustion and electric powertrains. Mini says that cars with “highly efficient petrol and diesel engines” will continue to serve “groups and regions” that aren’t ready to make the shift to pure-EV motoring.

The new three-door hatch is also likely to be joined by a five-door variant, although this hasn’t yet been confirmed. Mini’s 2023 three-door will pioneer an all-new interior design, which uses new technology to expand its personalisation options.

Details are unconfirmed, but Mini has said the instrument panel “will have surfaces acting as “canvases that can be tailored by the customer to suit their requirements”, essentially allowing the cabin to be redesigned at will.

The three-door hatch will arrive alongside a pair of all-new small cars developed in China. One of these is expected to be the ultracompact Minor supermini and the other a compact crossover positioned beneath the upsized Countryman.

The two new additions will be built in eastern China by Great Wall Motors as part of a joint venture between the two firms. They will help Mini to achieve its goal of pure-EVs accounting for 50% of global sales by 2027, although they will also be offered with combustion engines. Mini will launch its final combustion car in 2025. 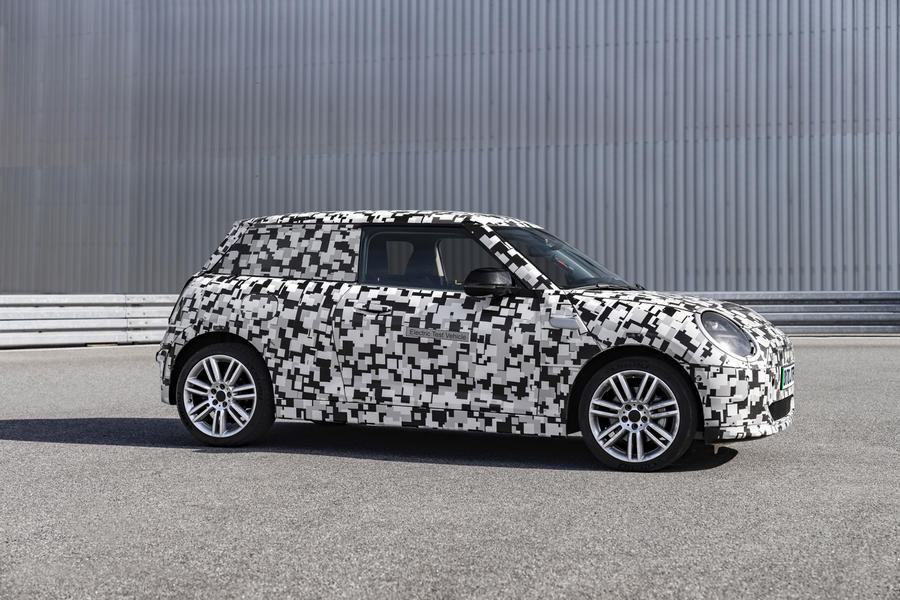 Elsewhere, the brand has provided another clue that its radical, sustainability-focused Urbanaut concept will reach production in some form. It said it’s developing “a new vehicle concept for the premium compact segment” that will major on space, comfort and flexibility in much the same way as that futuristic MPV.

An all-electric future is planned for Mini’s John Cooper Works performance line, too. The firm says it’s “intensively” developing hot EV models. As reported earlier this year by Autocar, the first model in this line will be a hardcore, performance-focused version of the current Mini Electric, with styling influence from the radical Pacesetter Formula E pace car and chassis revisions showcasing how JCW will adapt its core dynamic traits for EVs.