Tell someone you’re interested in an electric car and, most likely, Tesla will pop instantly into their head. It’s a trendy badge that represents eco-friendly motoring, performance and high-tech.

One of the marque’s more mainstream offerings is the Model X, a stylish and tech-heavy large SUV with trick gullwing rear doors and a host of hidden ‘Easter eggs’ among the many reasons why it continues to turn heads four years after its launch. 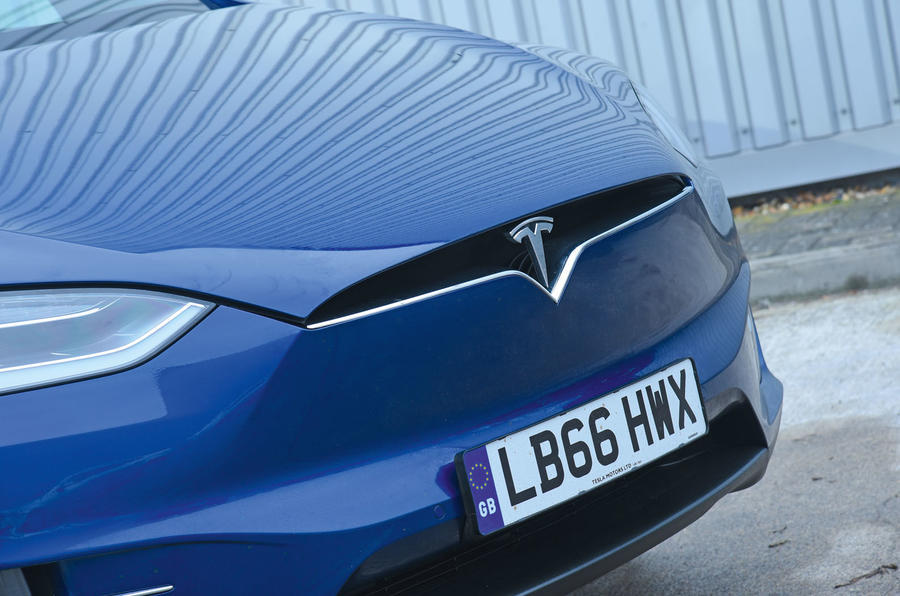 Newer examples are more likely to be the Long Range model, which replaced many of the previously mentioned variants. As the title suggests, it’s able to travel a decent distance on a single charge – a claimed 360 miles, to be exact. However, it’s still quick, with a 0-60mph time of only 3.8sec.

The batteries in the Model X are stored under its floor, giving the hefty vehicle a relatively low centre of gravity. This, along with standard AWD, aids handling. Sure, it’s not a hugely fun car to drive – bar its giggle-inducing acceleration – but it feels safe, stable and composed.

The interior is modern and luxurious. There’s a good driving position with a comfortable and supportive seat. The dashboard is dominated by a digital instrument display and a huge, 17.0in touchscreen that controls nearly every important function in the car. It’s all very futuristic but can be fiddly to use. And alas, while the material quality looks good, there are areas where the interior feels a little less than solid and some gaps where neater shutlines might be expected.

In terms of space, there’s plenty of it. You can opt for seven seats from new, and most buyers do, although the two flip-up rearmost chairs are best suited to children. There’s lots of room in the middle-row seats and access to them is through the spectacular-looking gullwing doors that also leave a large area for entry and egress.

Warning lights A cooling light could mean low coolant or a failed pump, both serious.

Suspension and brakes Scrutinise the suspension for damage and failure and check that the. dampers aren’t leaking. Be sure there’s no judder through the pedal when braking (it’s surprisingly common for an EV). Listen for the suspension rattles reported by some owners.

Body Check you’re happy with the sometimes iffy panel fit and alignment and remember that any damage is likely to be expensive and, because of the relative lack of industry expertise, troublesome to repair. With the car on a ramp, inspect the battery carrier for signs of impact damage. Feel for damp patches in the boot. Check the windscreen wipers and all exterior lights work. Staying with the lights, be sure they’re not suffering from heavy condensation and filling with water. Check the reversing camera isn’t suffering from water ingress and that the falcon doors operate perfectly.

Interior The Model X is a laptop on wheels so check the infotainment, control and autonomous services for the usual snags and delays that afflict ageing computer systems. Be sure all updates have been performed and if there are any stubborn issues, explore the possibility of software and hardware upgrades. Look for yellow banding on the edge of the screen indicating that the glue securing it is failing, as well as the screen itself. Check you’re comfortable with the phenomenon known as ‘ghosting’ where images on the large screen appear to be double. Be sure the heater works because a few owners have reported it failing, that the windows rise and fall and that the seat rails aren’t rusting.

Recalls Check they’ve all been actioned, including the one concerning the centre display.

Despite the claimed long ranges, look at real-world ranges. For example, the P100D’s claimed range is 336 miles but our sibling title What Car? found a real-world range of 233 miles.

In the most recent What Car? Reliability Survey, Tesla placed 29th out of 31 manufacturers. Although the Model X didn’t feature in the survey, the Model S – which shares much of the Model X’s underpinnings – finished last in the electric car category.

The 60D was dropped after only a year and the 90D was axed in 2017. This left the 75D as the entry-level model until it, too, was phased out in 2019. That meant the 100D became the base variant – until the Long Range model was added later that year. 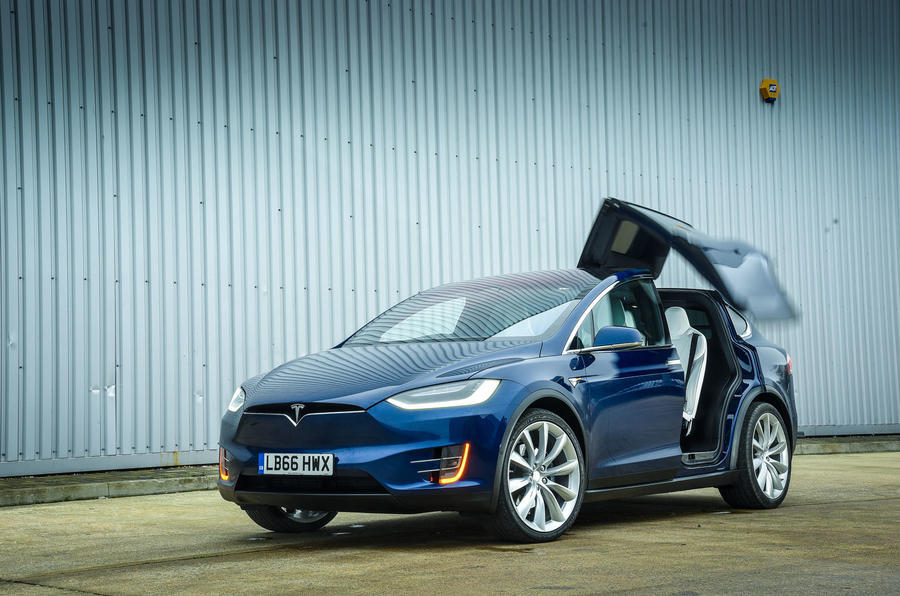 75D: The 323bhp 75D offers enough punch to satisfy, in addition to a decent real-world range of 205 miles. Of all Model X variants, it’s the most plentiful one on the used market and is listed for the most reasonable prices.

P100D: If you have upwards of £90,000, the full-fat P100D is within budget. It delivers hold-on-for-dear-life acceleration and its road presence will turn heads – even before you reveal the gullwing doors.