The small car market has long been dominated by the Ford Fiesta and Vauxhall Corsa, but what if you fancy injecting some pseudo-Spanish flair into your motoring? Then check out the edgy Seat Ibiza.

This fifth-generation model was launched in 2017 and established itself as a competitive player, thanks in part to its distinctive styling and spacious interior.

Click here to buy your next used Ibiza from Autocar

Entry-level S cars got 15in steel wheels, a height-adjustable driver’s seat, Bluetooth and hill hold control as standard, plus a 5.0in monochrome infotainment system. SE models added 15in alloys, a leather-clad steering wheel and gearlever and colour infotainment. SE Technology received Seat’s 8.0in touchscreen infotainment, with satnav and a CD player, plus ambient interior lighting, while SE Design cars came with 16in wheels, chrome exterior trim, a panoramic sunroof and a 300W Beats audio system.

Ride and handling are where the Ibiza shines. It feels composed and grown-up, superior to many close rivals. Motorway driving is settled and road and wind noise are minimal. The steering is light but communicative and there’s plenty of grip, and while the handling is safe and predictable, it borders on good fun. All models have a slick gearchange, and the petrol engines are the most refined at all speeds.

Inside, the Ibiza has lots of space for a small car, with plenty of front and rear leg room and a huge boot. The rear seats are most comfortable for two passengers, but for short trips you can accommodate three.

The Ibiza has many safety features as standard, such as automatic emergency braking, six airbags and active head restraints. 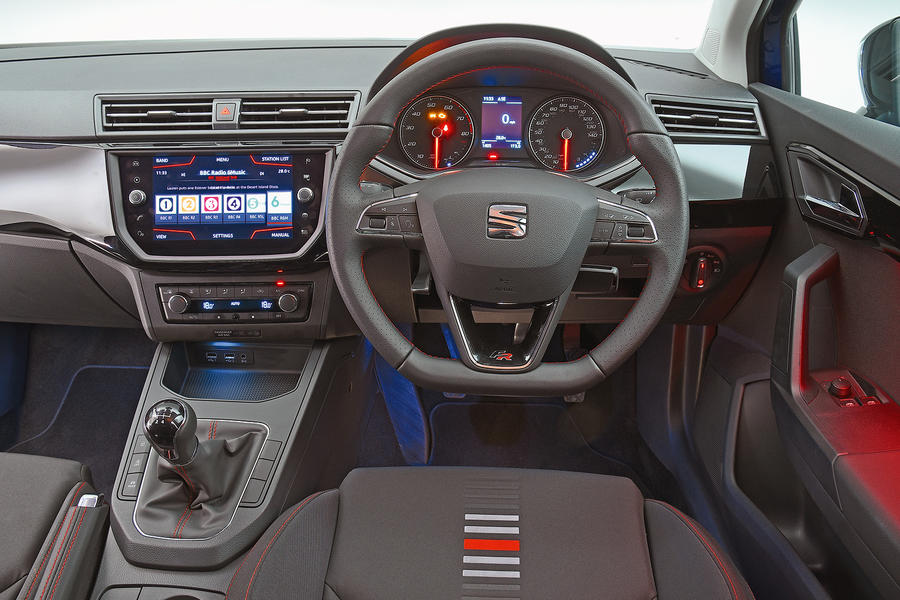 The Ibiza was awarded five stars in its Euro NCAP crash test, with particularly strong scores for adult occupancy protection and pedestrian safety.

It ranked 14th out of 24 small cars in our sister mag What Car?’s latest reliability survey.

FR and Xcellence trims feature tiredness recognition and an alarm.

1.0 TSI 115 XCELLENCE LUX: Splash out on Xcellence Lux trim for a rear-view camera, adaptive cruise control and keyless entry and ignition. The 115 is the most potent petrol engine that is readily available and delivers impressive refinement.