New Mexico’s governor is being asked to pocket veto legislation that would force freight truckers hauling trailers to drive in the right lane on interstates in most circumstances or be fined.

If the legislation is signed by March 9, truck tractors attached to a freight trailer must travel in the right-hand lane starting July 1 on the state’s interstate highway system and outside city boundaries except when passing another vehicle or approaching a parked emergency vehicle or a recovery or repair vehicle flashing emergency lights. Violators would be fined $200.

New Mexico’s roadways cut through steep terrain with hills and mountains. Interstate 40 contains a long incline called Nine-Mile Hill on the outskirts to Albuquerque, one of the highest major cities with an elevation a mile above sea level. The roadbed of Route 66 (parallel to I-40) is “characterized by climbs, descents, switchbacks and cuts,” according to the National Park Service.

The legislation was introduced by Sen. George Munoz, of Gallup, who testified during a legislative hearing about difficulties living near I-40 and driving up hills with heavy trucks on both lanes that back up traffic “for 10 miles, aggravates people and causes wrecks.”

The bill was backed by Franklin Garcia, modal director of the New Mexico Department of Transportation. Garcia cited accident statistics that on New Mexico highways for a five-year period ending in 2020, there were 298 heavy-truck fatalities, 13,000 crashes involving heavy trucks and 1,700 crashes with drivers traveling in the same direction.

“We have to do something for us who live in rural New Mexico — Tularosa to Albuquerque or Gallup to Albuquerque. We all get our medical care in Albuquerque. Veterans leave every morning from Gallup at 7 a.m. to go the Veteran’s Hospital for appointments,” Munoz said. “A semi-truck pulls out in front of you trying to pass going up a hill at 65 and it backs traffic up.”

NMTA’s letter noted, “We fully understand the frustration that trucks passing one another on interstates can create, but as has been proven time and time again truck lanes strategically positioned on the interstate can greatly reduce this congestion.”

NMTA said it is willing to explore and endorse a reasonable truck-related tax increase targeted and earmarked for truck lanes along the state’s interstate system. The letter noted that this law would deteriorate the right lane at a faster rate while causing “a bigger safety hazard than what the sponsors are trying correct.”

It also said the new law targeting truckers would be redundant due to N.M. Statute 66-7-308 requiring all vehicles to stay in the right lane except to pass.

Several other states have different versions of right-lane travel laws on highways and interstates when driving slower than normal traffic speeds except when passing or turning left. Some states require it for all vehicles.

Oregon has a law closer to N.M.’s proposed legislation. It requires any camper, vehicle with a trailer or vehicle weighing more than 10,000 pounds to drive in the right lane of all roads with two or more lanes except to pass, turn left, respond to emergencies, avoid merging traffic or when following traffic-control devices. 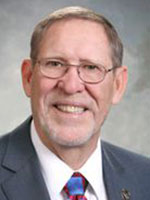 “The state police will have to use some common sense to determine how that’s going to be handled,” Munoz said. “I think you’ll see an immediate effect once the [DOT] signs are placed up and truckers are made aware of it.”

Indiana restricts truck drivers to the right lane on interstate highways except for passing, entering or leaving a highway or in the event of a road hazard.

“In 2021, there was less than one violation per day addressed by law enforcement,” he said.

Indiana’s law was intended to improve traffic flows since the speed limit for trucks is 65 mph and 75 mph for cars.

“The more effective traffic flows, the safer it is,” said Maj. Jon Smithers, state police commander, adding that the law isn’t fully enforced because trucks can pass in the left lane.