Meet the man who drives every new Bugatti Steve Jenny has an enviable job. As a Bugatti test driver, he inspects every new car before it’s delivered to a customer. Bugatti recently explained how Jenny got that sweet gig, and what his typical day entails.

Jenny joined Bugatti in 2004, and since then he’s driven 90% of all Bugatti vehicles sold, covering more than 217,000 miles in the Veyron, Chiron, and Divo, the company reckons.

Raised in Alsace, France, Jenny started out as a rally driver and co-driver, and then became a mechanic and quality inspector, working for automotive suppliers Mahle and BBS. Situated near Bugatti’s Molsheim headquarters, he got a few glimpses of the facility, and of Veyron prototypes out testing, and decided to send in an application.

Today, Jenny is the first person to drive each newly completed Bugatti in anger. The five-hour pre-delivery test drive includes driving on public roads, as well as slalom and acceleration runs at an airport and racetrack to ensure everything is up to snuff.

Each car is a bit different, though, so Jenny first has to note which region a given car has been homologated for, and what options the customer has selected. Each test drive covers about 186 miles, and starts with an on-road portion where Jenny checks pedal weights and responsiveness, steering feel, and listens for any unusual noises. This part of the test also includes a run on a cobblestone road to evaluate the suspension.

Bugatti uses a closed airport runway for high-speed testing, which involves speeds exceeding 186 mph, according to the automaker. Jenny tests the launch control, airbrake, and stability control, and also conducts rapid lane-change maneuvers and a full stop from 124 mph. 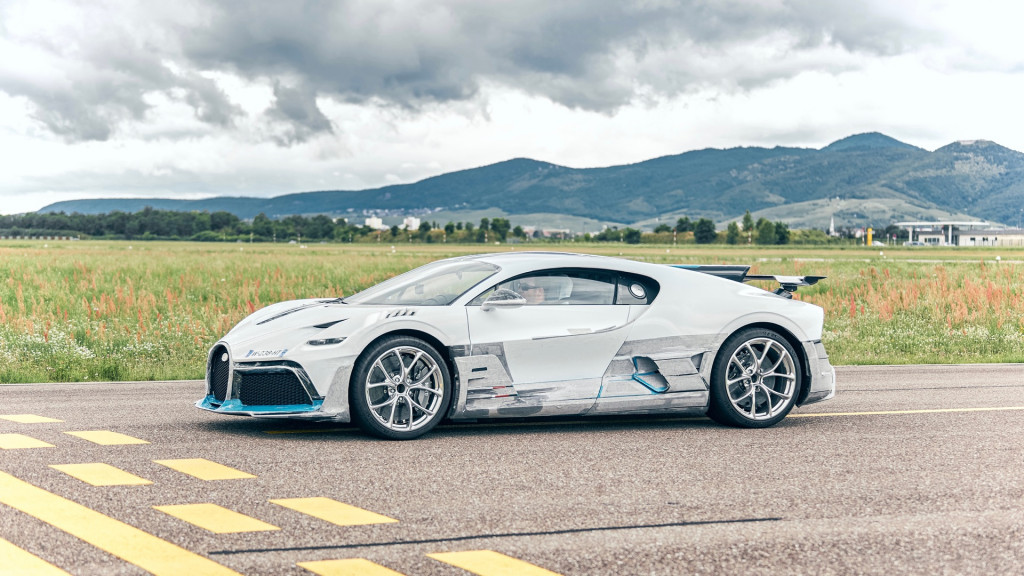 After that, it’s back to Molsheim, where mechanics change the transmission oil and wheels, and attach the car’s original underbody. The car is then sent back out for a one-hour test drive before it’s cleared for shipment to the customer.

Chiron production is winding down, but Bugatti will keep Jenny busy testing out the Chiron-derived Centodieci, a limited-edition tribute to the Bugatti EB 110 supercar of the 1990s, as well as the Bolide track car. Bugatti has been quiet about what comes next, but the firm was recently transferred to a joint venture of Porsche and Rimac, indicating electric power may be in its future.

This article was originally published by Motorauthority.com. Read the original article here.
Share
Facebook
Twitter
Pinterest
WhatsApp
Previous articleNHTSA Is Looking Into Tesla Video Games That Can be Played While Moving
Next articleSAM SUNDERLAND SHINES ON DAKAR RALLY STAGE TWO