If you’ve ever wanted a bike with supercar genetics, you’re looking at the newest eye candy to grace the good web – and we can’t get enough of the aesthetics.

World, meet the Brabus 1300 R – a bike sporting DNA from KTM’s range-topping Super Duke Evo and last year’s limited-edition Super Duke RR (yep, the one that sold out in under 48 minutes).

She’s feisty, she’s bougie, and she’s as top-notch as they get. 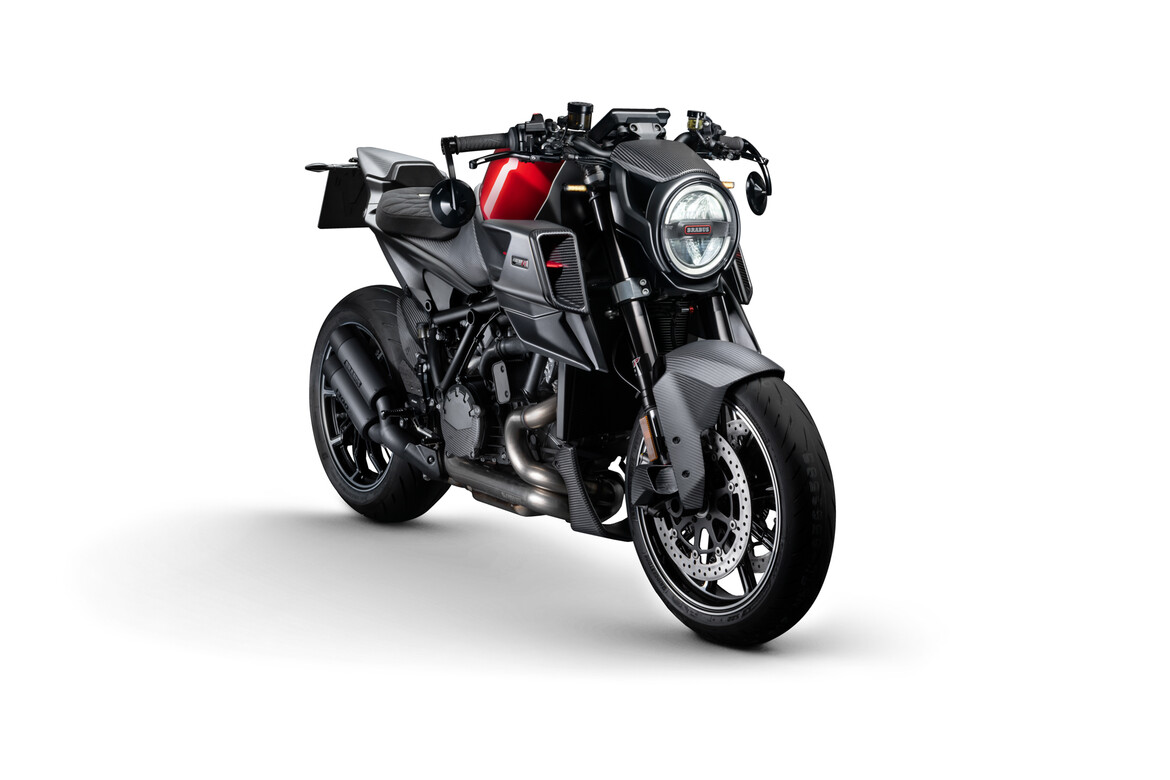 We got an inkling that KTM would partner up with German Auto Performance brand Brabus back in November, when a set of trademark documents were found that showed brand name ‘Brabus’ alongside ‘1300 R’, filed August 21st.

Now, the machine has become a reality – and we had to turn down the screen brightness on this beauty unit just so we could stop drooling long enough to get the specs straight. 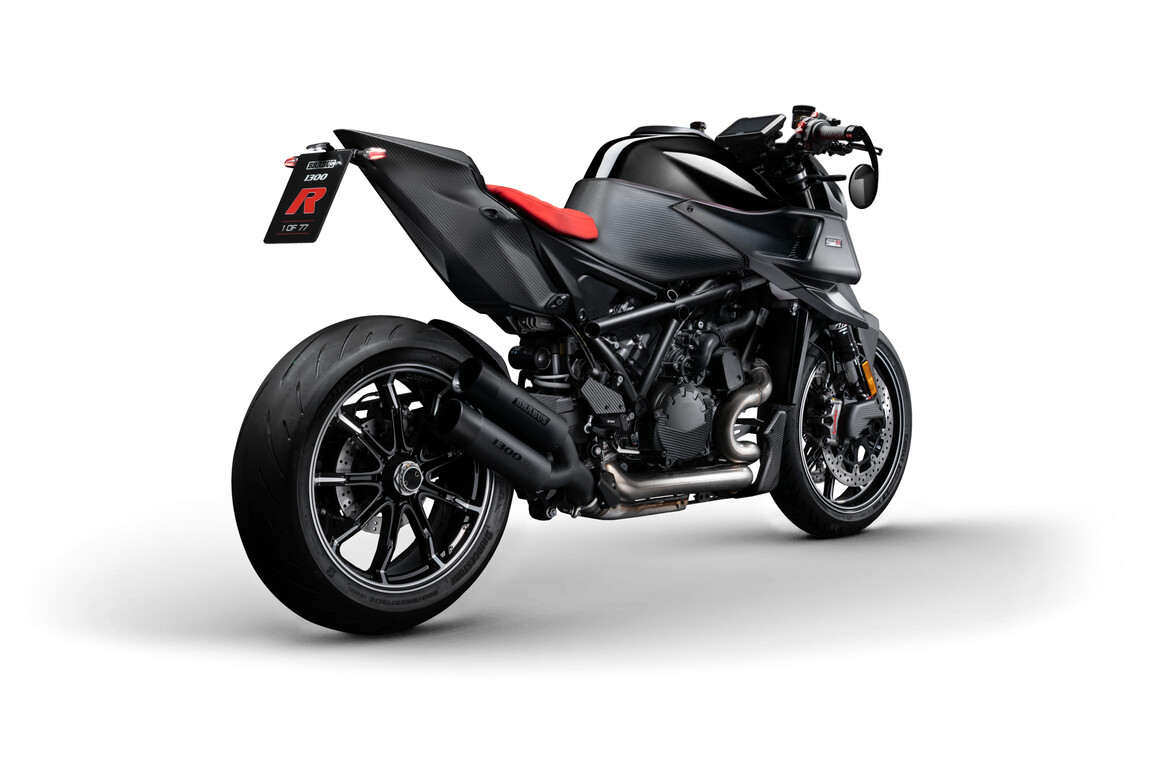 For the head-to-toe, MCN tells us that Brabus played the clever card and spun their own take on the circular light from Husqvarna’s Vitpilen and Svartpilen (this was the reason for the rumours whispering that the Brabus 1300 R might carry evidence of a new Husky model, by the way). 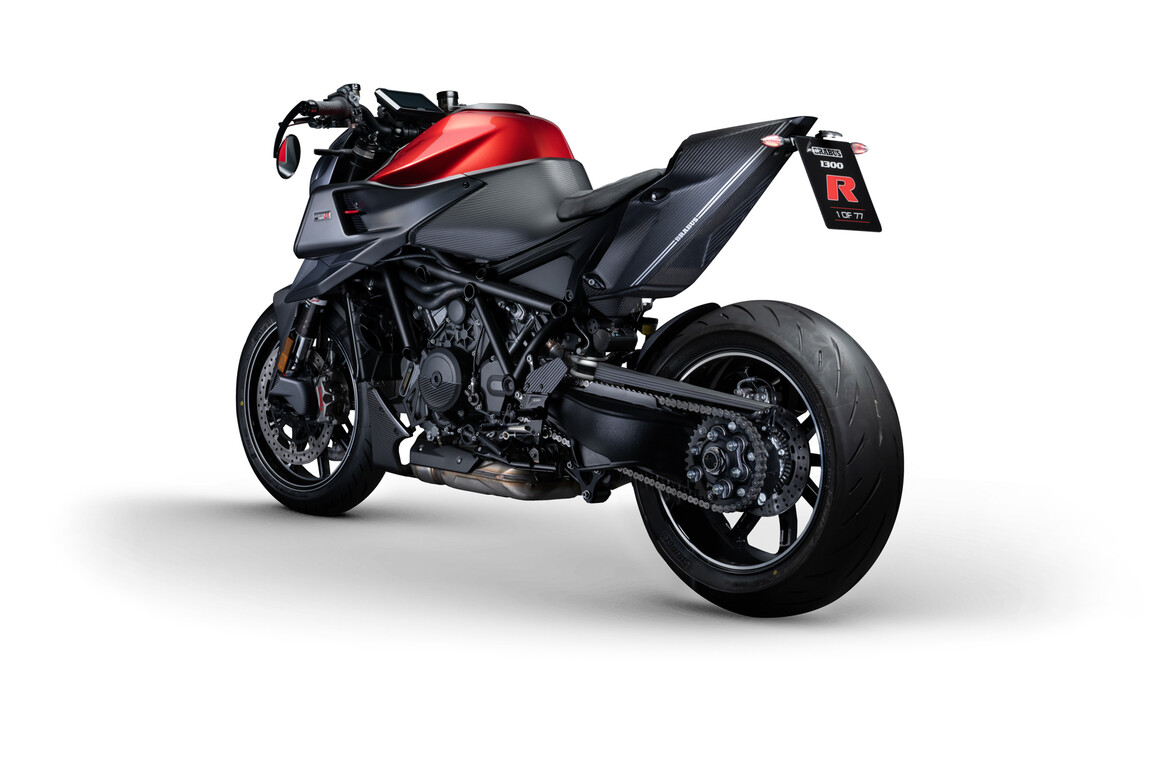 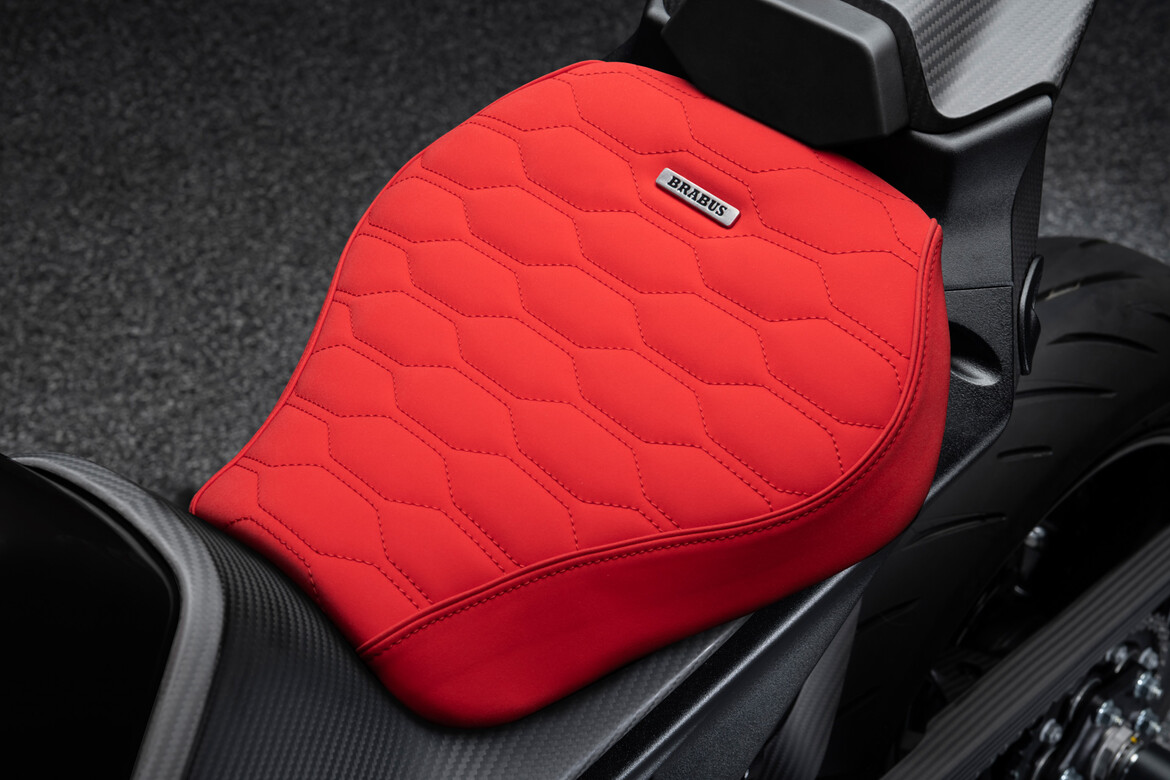 Other features (apart from the obvious signature Brabus Monoblock Z forged wheels and cushy heated seat hiding a very nice carbon-fibre unit reminiscent of the Super Duke RR) include the brand’s exhaust system – complete with stacked silencers and a black ceramic-coated finish – as well as “Gilles footpegs and Magura HC1 levers, both CNC-machined, [and] a special start-up screen on the TFT dash display.” 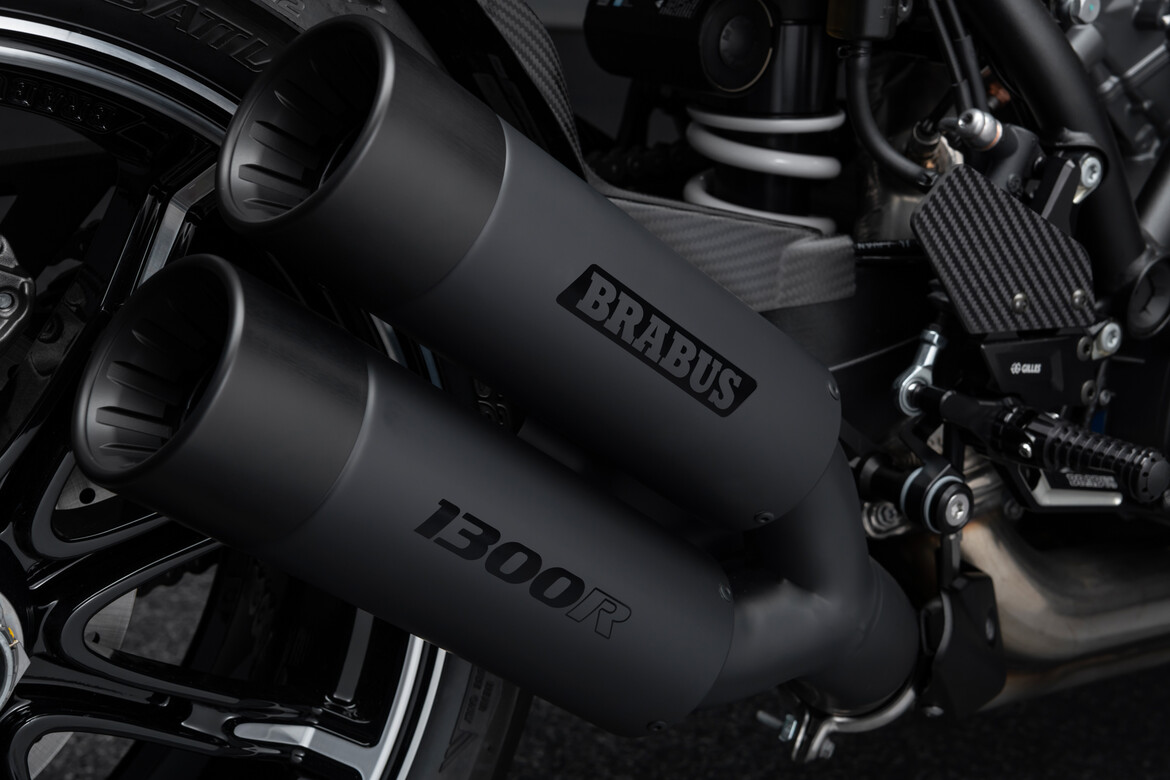 We’ve even been given switchable riding modes (thank you, Super Duke RR), with the bike being outfitted for an additional ‘Track’, ‘Auto’ and ‘Advanced’ modes, “the last offering eight stages of selectable damper settings for the front and rear.” 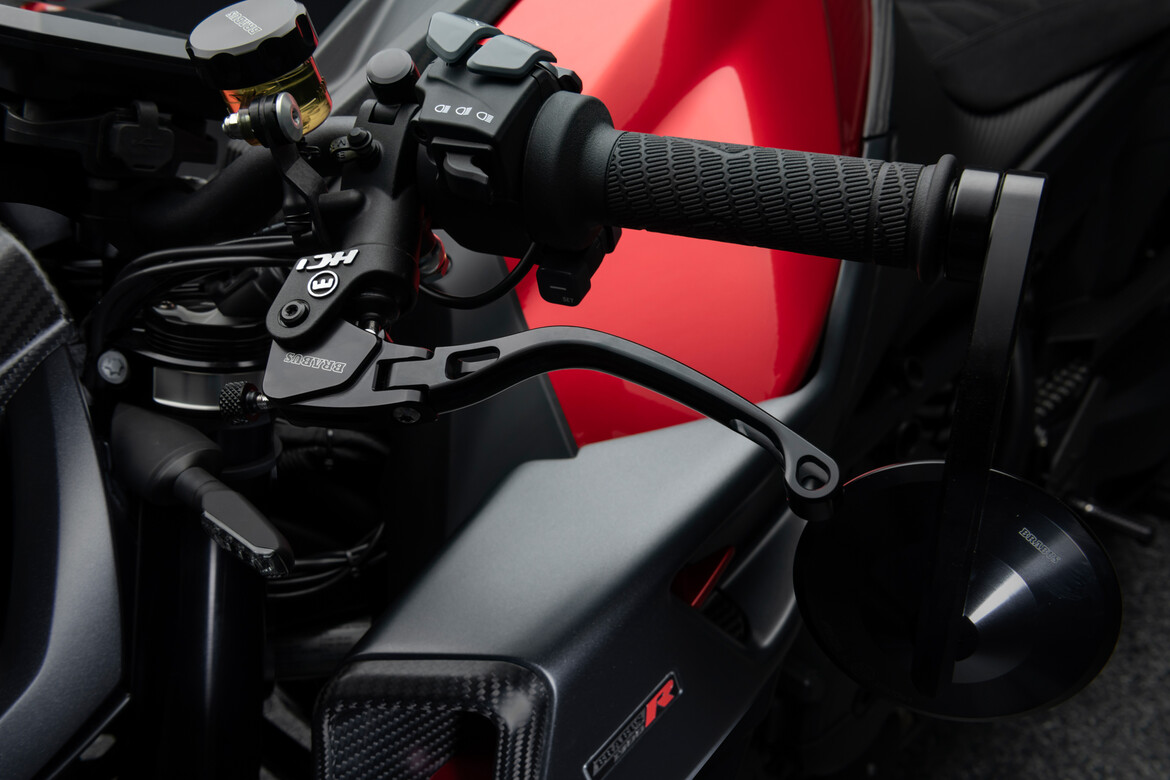 Given the top-shelf tendencies of this unit, it’s only natural that Brabus outfit the 1300 R with the Super Duke Evo’s semi-active WP Apex SAT forks and shock.

That includes the ‘Suspension Pro’ – a system that automatically sets the rear preload depending on the detected impact – with three heights to choose from; Low, Standard, and High. 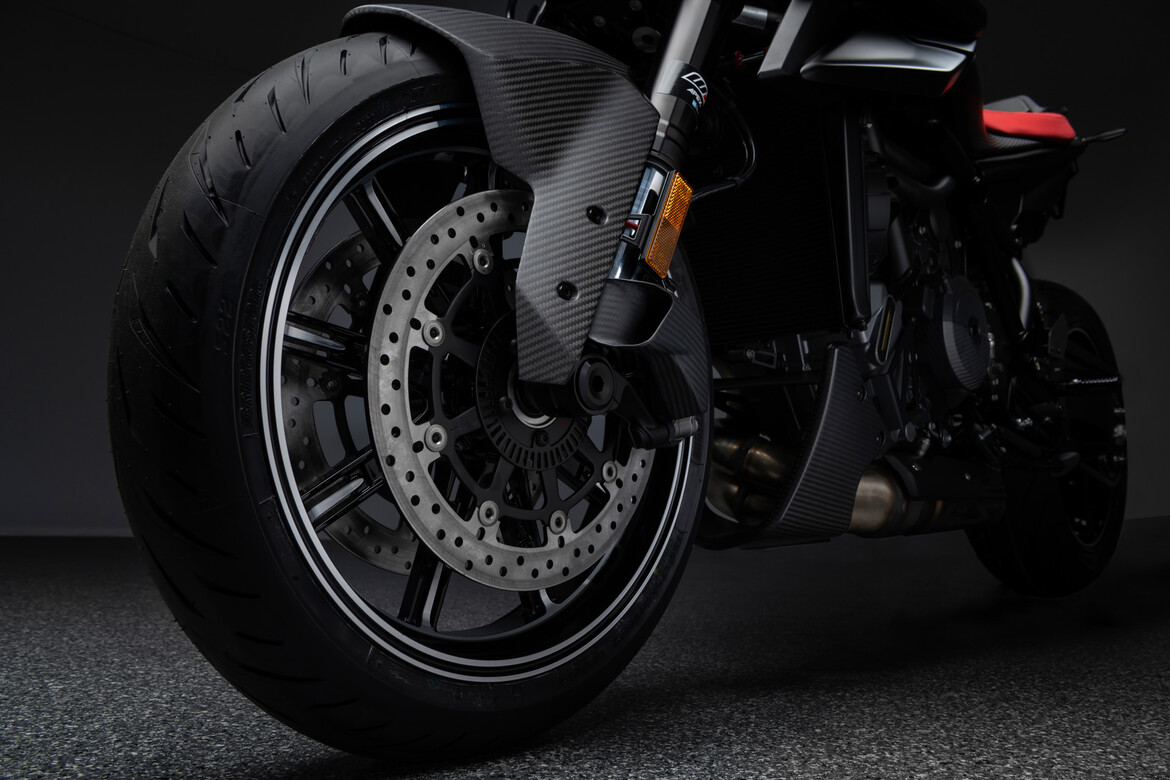 As they say, ‘no beauty without pain’; expect your checkout car to clock in at a breezy £34,549 if you’re looking for a new spot to fill in the garage, with a rush for the checkout given this will be a limited run of only 154 units –  77 of which will be in either Magma Red or Signature Black (Brabus was founded in 1977, making the number highly sentimental). 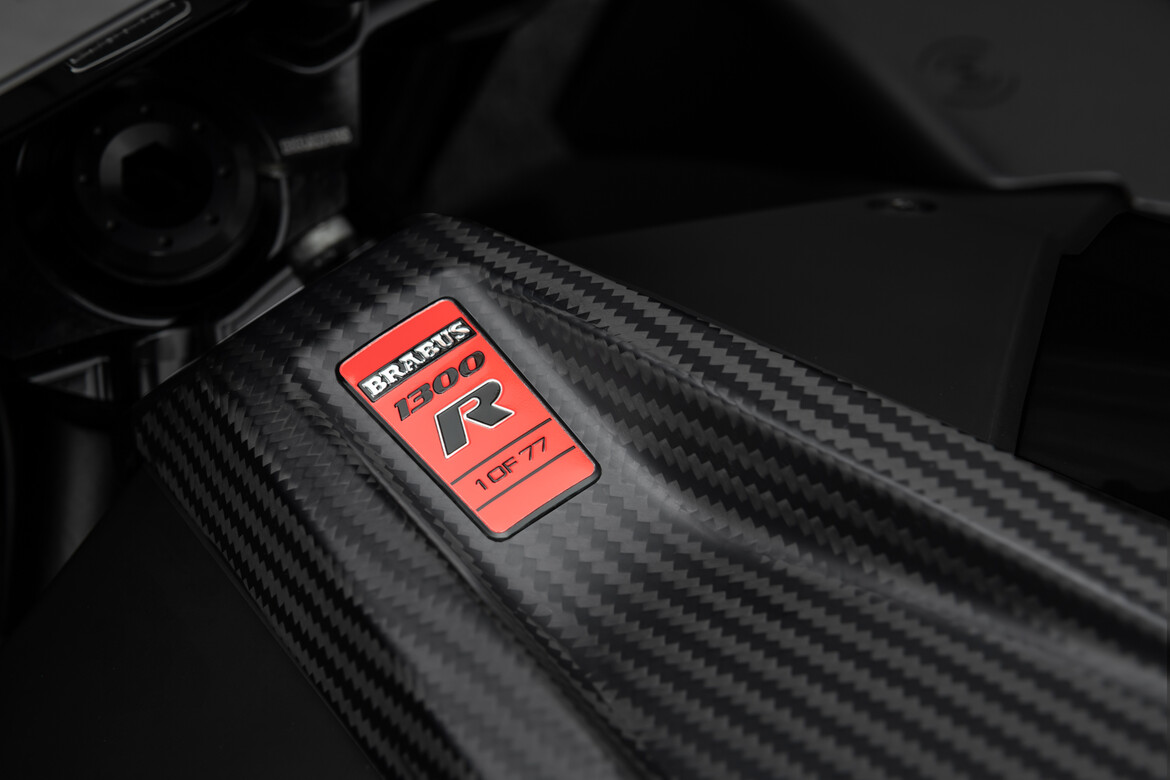 Stay tuned for updates by subscribing to our newsletter, drop a comment below letting us know what you think, and as always – stay safe on the twisties.