Quick, what was the first front-wheel-drive subcompact to go into mass production in the United States? No, it wasn’t the Pennsylvania-built Volkswagen Rabbit, although the car in question did have a Volkswagen engine. The early U.S.-market Ford Fiesta was built in West Germany, the Simca 1204 (sold at American Chrysler dealerships) came from France, the Ford Escort and Chevy Cavalier didn’t go into American production until 1980 and 1981, respectively, and Honda didn’t start building Civics in Ohio until 1986. Chrysler Corporation claims the honor with the Dodge Omni and its Plymouth Horizon twin, which first rolled off the Belvidere Assembly line in 1977 as 1978 models. Though comprehensively obsolete by the time U.S. sales ceased in 1990, the “Omnirizon” served as perfectly functional transportation and nearly 2 million were sold here. Today’s Junkyard Gem is one of those later cars, found in a Denver self-service boneyard over the summer. 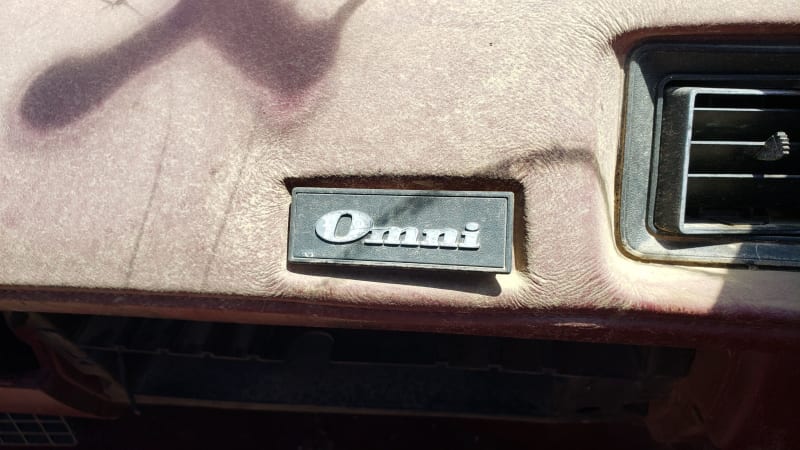 The Omnirizon was based on a design cooked up by Simca engineers working for Chrysler Europe, at the tail end of the long and convoluted Rootes Group saga. The North American version differed substantially from the Talbot/Chrysler/Simca Horizon built by Peugeot (which took over all of Chrysler Europe’s operations in 1978) and sold in Europe, but the family resemblance is obvious at a glance. 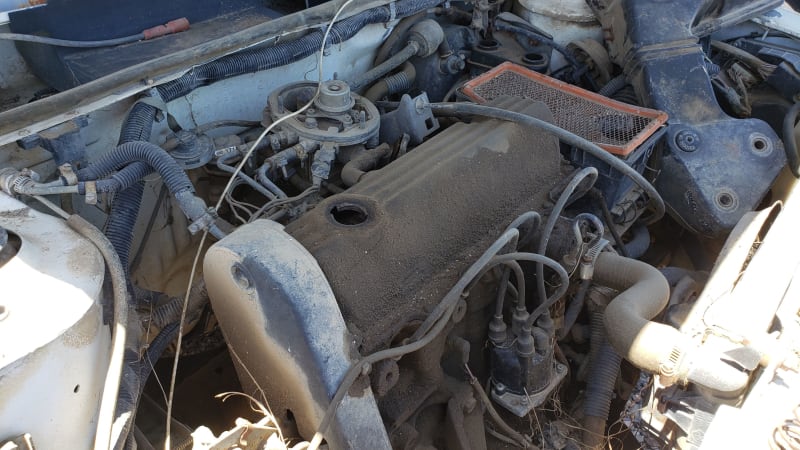 The earliest Omnirizons all had 1.7-liter Volkswagen engines, but the Chrysler 2.2 (of K-Car fame) became an option in 1981 and standard equipment by 1987 (for a while in the middle 1980s, a 1.6-liter Simca mill served as the El Cheapo base powerplant). The 2.2 in this car had 93 horses when new. 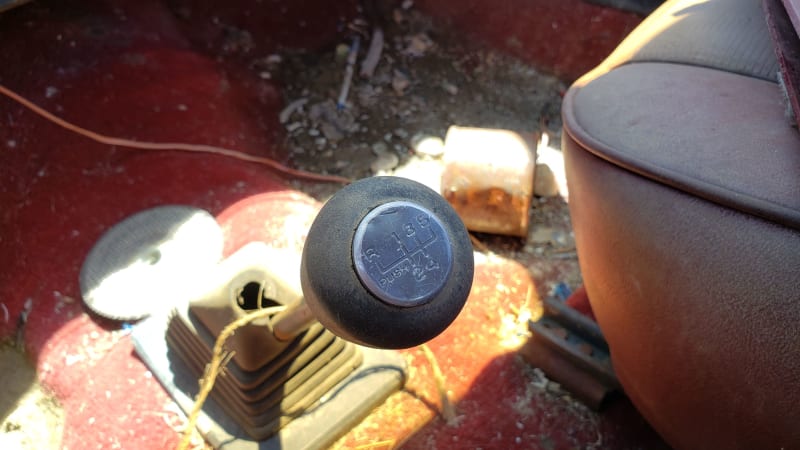 New cars with four-on-the-floor manual transmissions would be available here for another eight years after 1988, but the 1988 Omnirizon came with a five-speed manual as base equipment. If you wanted a three-speed automatic in your new ’88 Omni or Horizon, the price tag was a staggering $769 (about $1,845 in 2021). 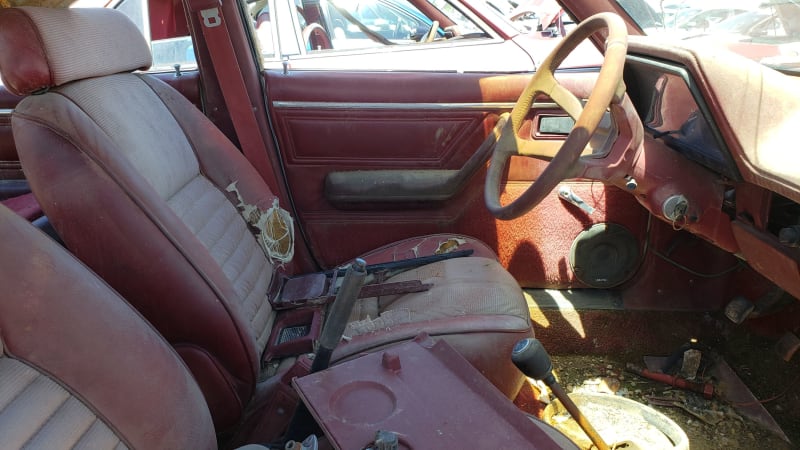 Americans bought outdated 1988 Omnirizons for the same reason they bought the hilariously antiquated Chevrolet Chevette the year before: price. The MSRP on this car— and the identical-but-for-badging Horizon America— started at $5,995 (about $14,401 today). The cheapest possible ’88 Chevy Cavalier was $6,995, Ford’s most modestly priced Escort cost $6,586, the stripped-to-the-bare-minimum Civic went for $6,095, and the spartan Toyota Tercel EZ just managed to squeeze below the Omnirizon at $5,948 (those last two came with four-speed manual transmissions as standard equipment). 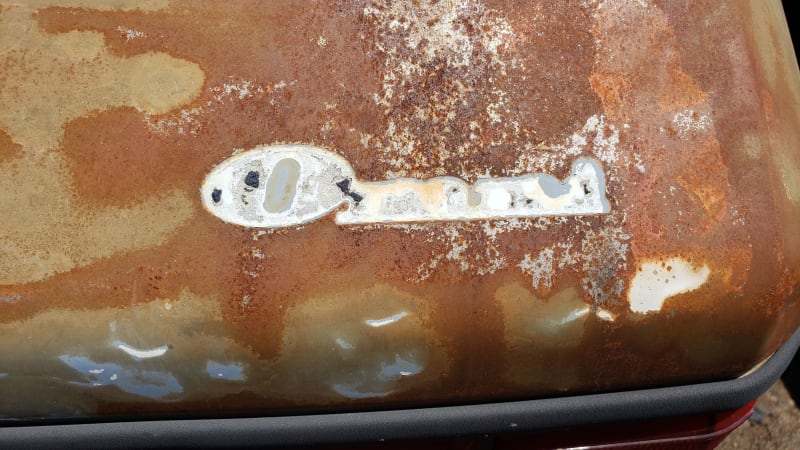 You could find a cheaper new car than the Omnirizon in 1988, but each choice induced a powerful sense of trepidation in the savvy 1988 car shopper. We don’t need to go into detail about why you might have run away in horror from the $4,199 Yugo GV and $5,295 Hyundai Excel that year, but what about the miserably tiny $5,490 Ford Festiva or the wretched $5,556 Subaru Justy? The $5,990 Brazilian Gol? The $5,899 Dodge/Plymouth Colt wasn’t so bad, nor was its Mitsubishi Mirage twin, but you got stuck with a four-on-the-floor instead of a gas-saving five-speed at that price (sorry, the Colt’s amazing Twin-Stick dual-range manual went away after 1984). I think I’d have pulled out the extra four clams to get a new $5,999 Mazda 323 or resigned myself to 300,000 miles of sensible Tercel EZ tedium, but I was a broke-ass college student driving a 15-year-old MGB-GT that year and any new car was as far out of reach for me as an intergalactic starship. 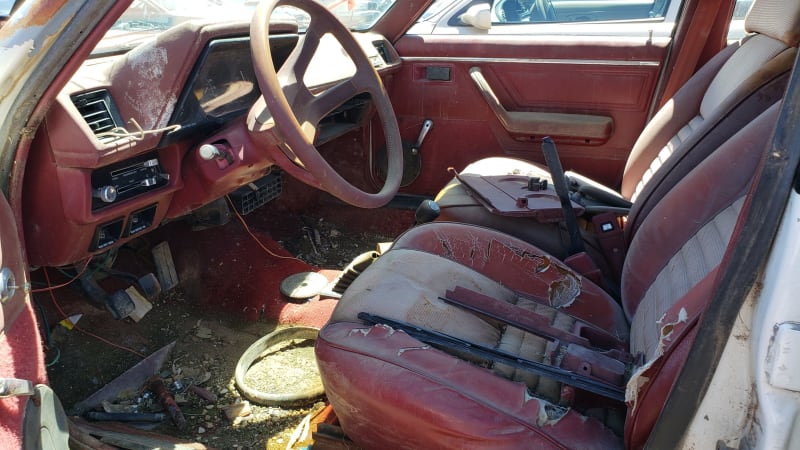 Anyway, the Omnirizon was plenty of crude-but-functional car for the money and you still saw plenty of them on American roads as recently as the middle 2000s. 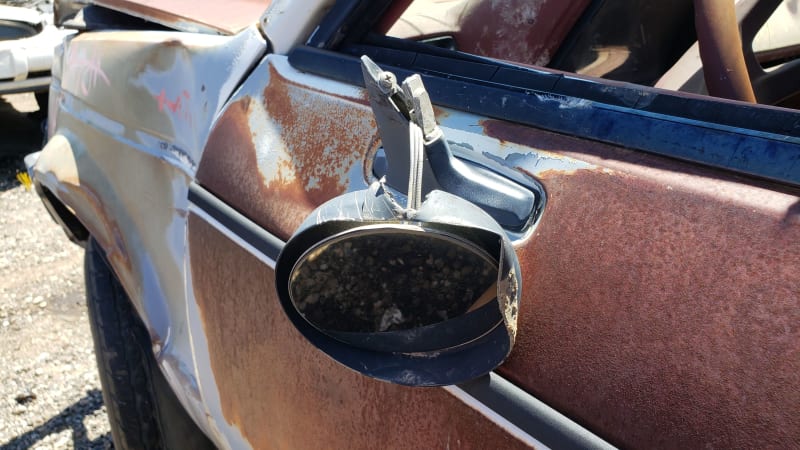 This one appears to have been abused in most cruel fashion for decades, then left to decay in the harsh Colorado climate for a bunch of years. 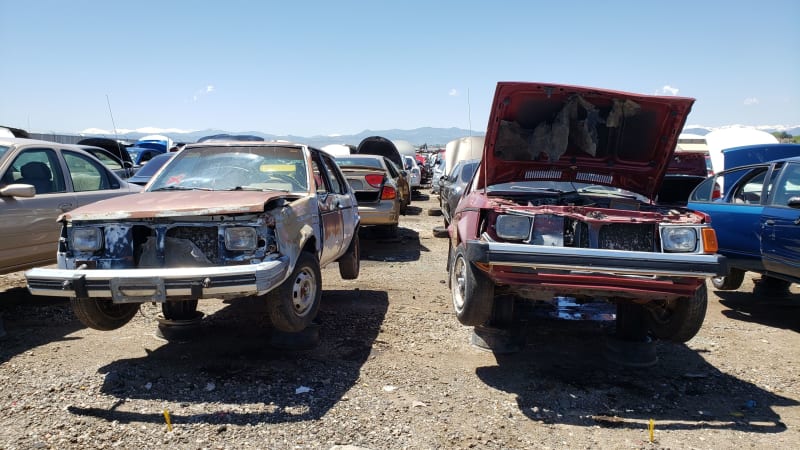 It was parked next to a similarly rough Horizon when I found it. 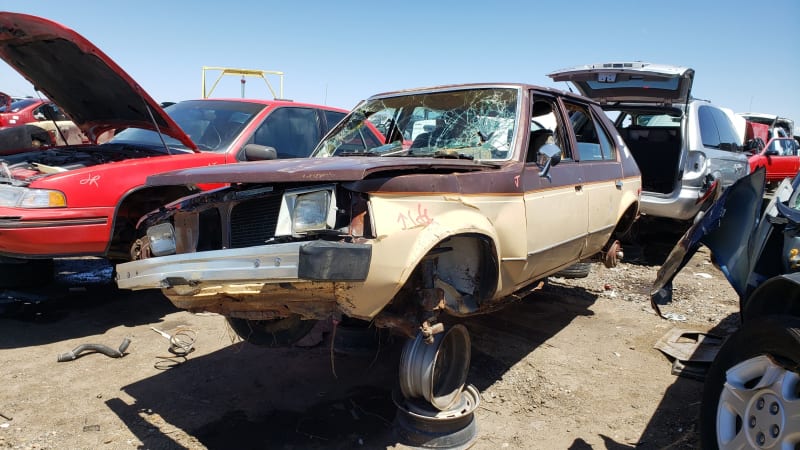 Just a few rows away from those two heaps, I found this Omni. Minutes later, I ran across an ultra-rare 1981 Plymouth Horizon Miser. Yes, four Omnirizons in the same car graveyard, and that’s not counting the ones packed with spare parts at a yard across town that I saw a couple years earlier. I suspect that a Denver-area Omnirizon fancier has been culling a lot full of parts cars as a handful of nice ones get fixed up, and that I’ll continue to find these cars in bunches (yes, the Omni GLH does show up in such yards now and then, thanks for asking).

For its first model year, the Omni’s advertising touted its versatility.

Later on, Omni marketing was all about low stickers and low interest rates.

Chrysler came up with the “America” trim level for low-priced versions of its cheaper Dodges and Plymouths starting in the 1987 model year. You could get the Aries, Reliant, Sundance and Shadow with the America package, but all Omnirizons became Americas starting at that point. As far as I know, there was never an Omnirizon with America badging.

The Talbot version had ¡Fuerza Dinamica!