The most iconic of all the Volvos — all the Swedish cars, for that matter — sold in the United States is and always will be the brick-shaped 200 series, which could be purchased new here from the 1975 model year all the way through 1993. Though it was an evolution of the earlier 140 series and looked nearly identical to its ancestor from any rear angle, the 240 (and, to a much lesser extent, 260) remains the most recognizable Volvo ever made. Because these cars were quite sturdy and inspired such devotion from their owners, plenty of them remain on the road to this day… and that means plenty of them wear out every year and end up taking that final tow-truck ride to the boneyard. Here’s a bread-and-butter mid-1980s 244, with the sensible four-on-the-floor overdrive manual transmission and well-oxidized Richelieu Red paint, found in a self-service yard near Denver, Colorado. 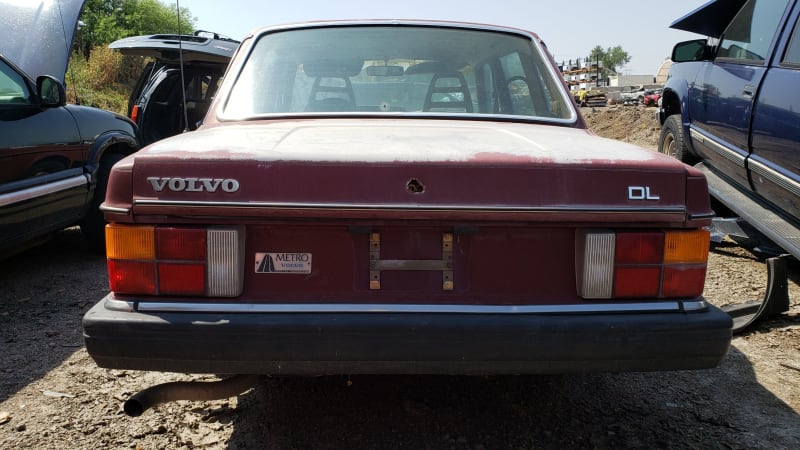 Prior to the 1980 model year, U.S.-market Volvo 200s were named according to a very logical system: the model name was a three-digit number, with the first digit indicating the car series, the second digit representing the number of engine cylinders, and the third digit showing the number of doors. Typically, the trim level would come after that. Just to confuse everyone, Volvo did away with everything but the trim levels when identifying these cars. Thus, this car would have been badged as a 244 DL during the 1975-1979 period, but for the first half of the 1980s it was called simply the Volvo DL. 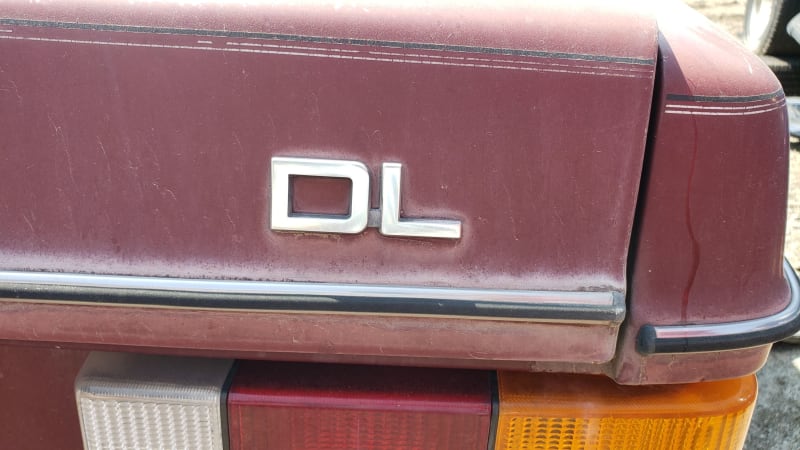 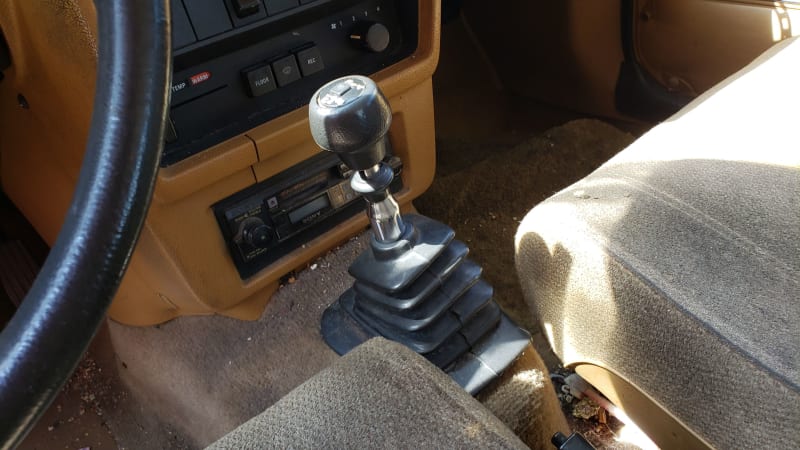 If you insisted on an automatic transmission in your ’83 DL sedan, the price tag went up an additional 390 bucks, or about $1,094 now. This car has the base four-speed manual with the overdrive actuated by a switch on the shift knob. 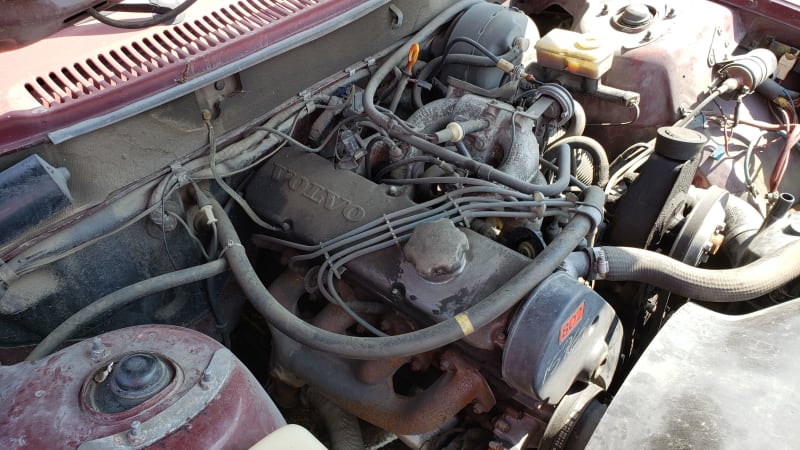 With 107 horsepower from this 2.3-liter straight-four engine, this car wasn’t particularly quick. However, it weighed less than 3,000 pounds (despite its blocky appearance), so it got out of its own way well enough when equipped with a manual transmission. 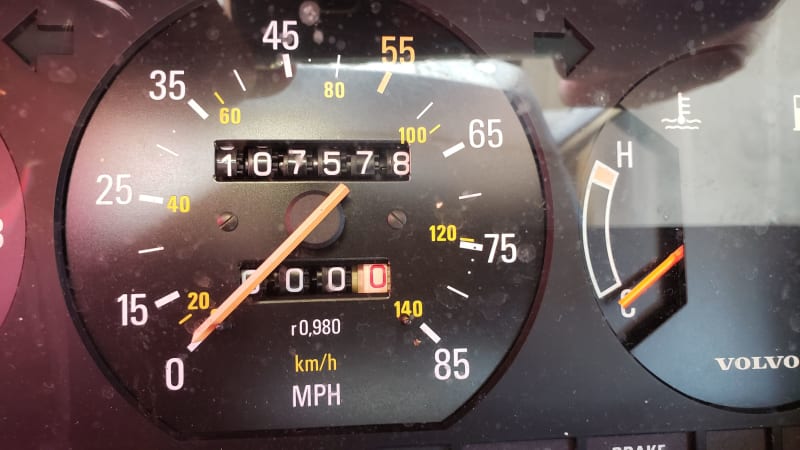 I don’t think I’ve ever found a junkyard 240 with an odometer reading this low before this car. Perhaps the speedometer cable broke around 1991. 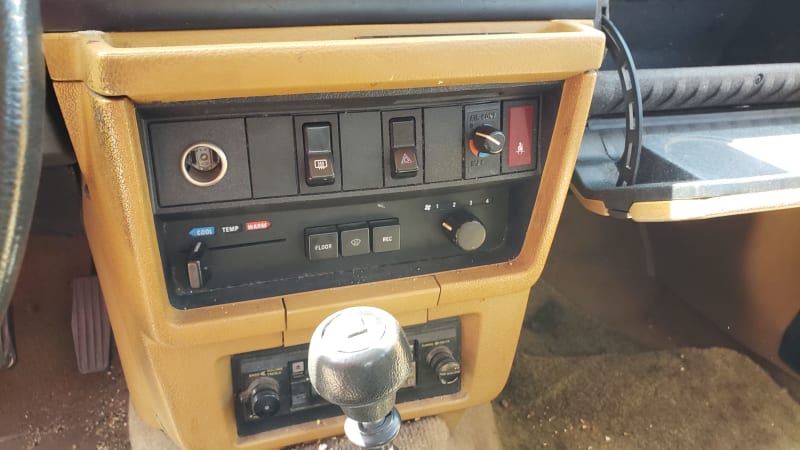 Air conditioning! That’s a bit frivolous for the kind of person who bought one of these cars new in the early 1980s, but it does get hot in Colorado. 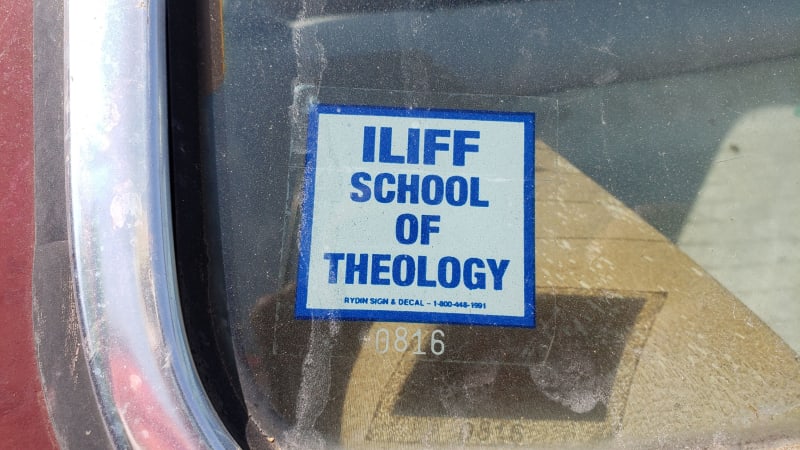 I can’t think of a more appropriate car for a student of theology in 1983. 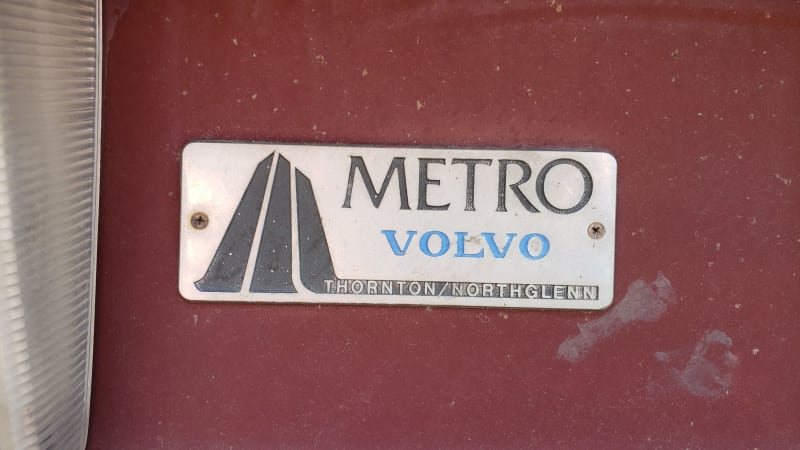 All evidence points to a car that spent its entire career in Front Range Colorado. 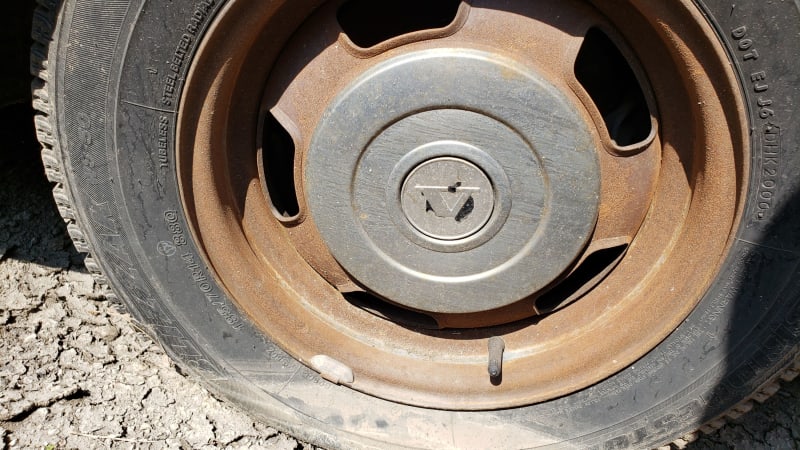 It’s very original and not at all rusty, so why didn’t someone save it? Most likely, every fancier of old Volvos around here has enough projects already, and a dime-a-dozen DL sedan doesn’t get the kind of love that an Amazon or even a 242 might receive.

This article was originally published by Autoblog.com. Read the original article here.
Share
Facebook
Twitter
Pinterest
WhatsApp
Previous articleFord raises LCV prices in the wake of supply and material problems
Next articleCruise lays out its plan for ‘how’ it will make robotaxis a reality