Starting in the 1973 model year, General Motors introduced the “Rounded Line” family of C/K-series Chevrolet and GMC trucks, and sales of the pickup versions continued all the way through 1987. Nice examples of these trucks can sell for large money, but the junkyard teaches us that not all collectible vehicles are worth rescuing and fixing up. Here’s a reinforcement of that lesson, courtesy of a first-year GMC C2500 Camper Special with the high-zoot Sierra Grande trim level, found in a self-service yard just outside of Denver, Colorado. 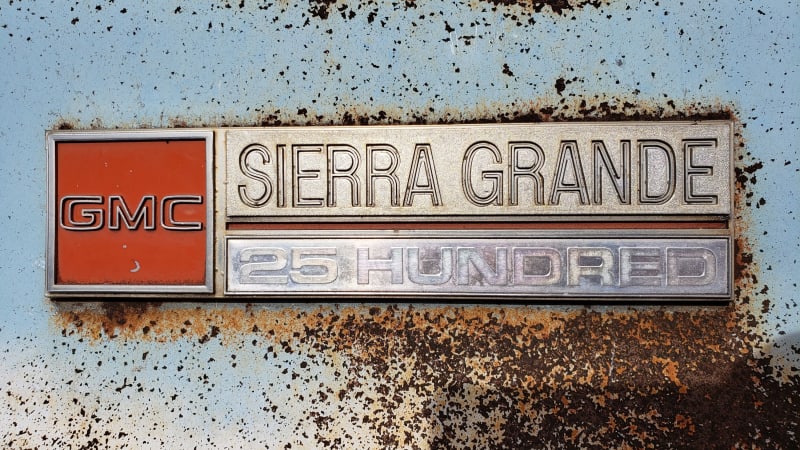 I’m no GM truck expert, but I know enough to stay clear of the battles over what to call this pickup. Let’s just say it’s a three-quarter-ton, rear-wheel-drive third-gen C-Series with really cool badges. Yes, I bought this badge for my garage wall, and it was totally worth the $4.23. 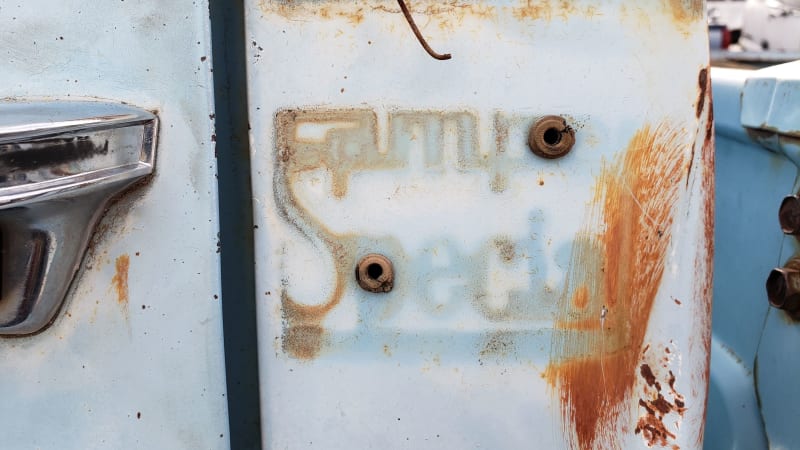 GM came up with the Camper Special package during the late 1960s, when removable pickup campers became popular, and for 1973 it included heavy-duty springs and a wiring harness made to plug into the connectors on slide-in truck campers. It also included woodsy-looking badges, but someone pried the ones off this truck before I could buy them. 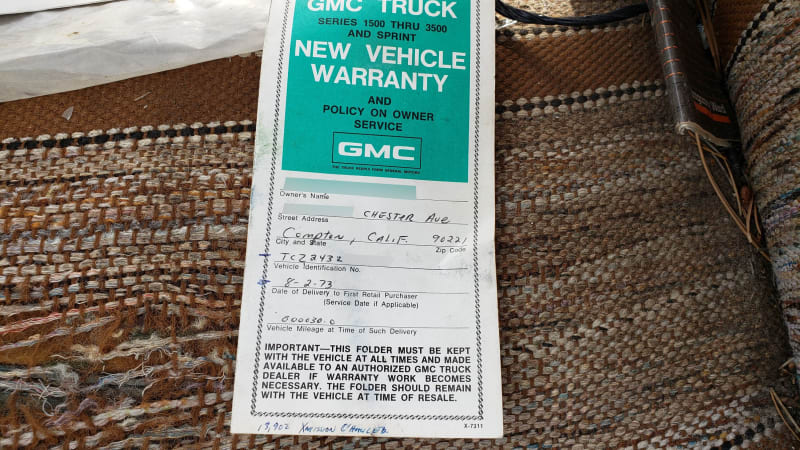 This may well have been a one-owner truck, because it still had original warranty paperwork inside. Here we see that it was purchased new on August 2, 1973 (which happens to be the day that George Brett got his very first hit in the big leagues) by a resident of Compton, California. Yes, that Compton. 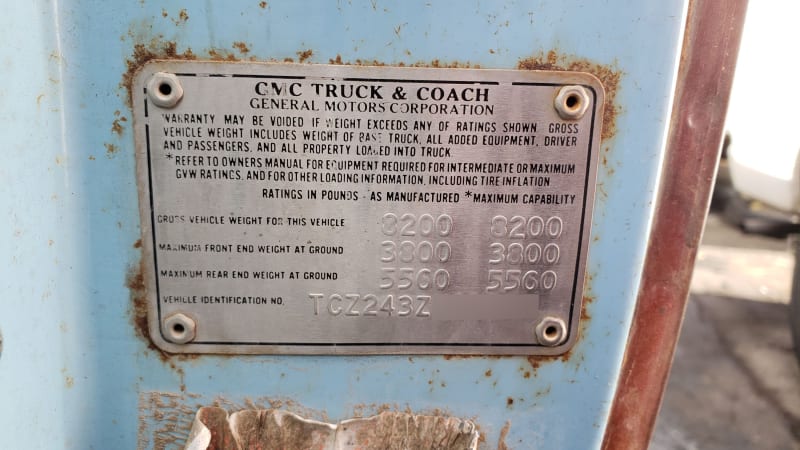 The build tag tells us that this Camper Special was born at the Fremont Assembly plant in California, which became the GM-Toyota NUMMI venture in 1984 and is now the Tesla Factory. I think most 1973 C/K pickups sold new in Colorado would have come from Pontiac Assembly in Michigan. 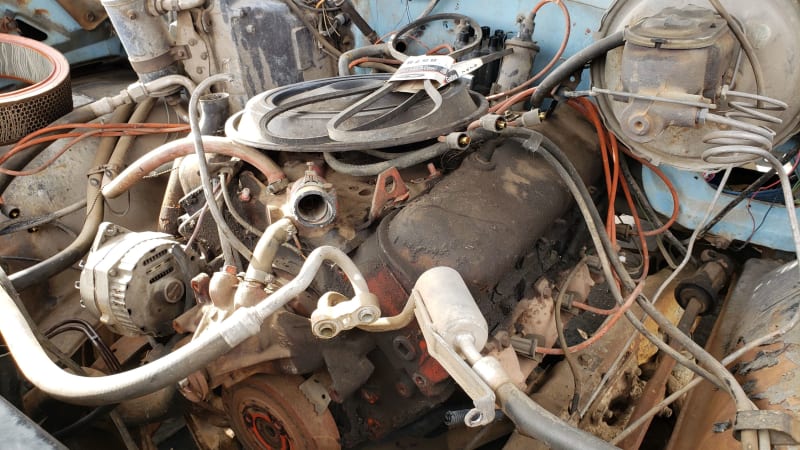 There was a time, not many years ago, when a genuine 454-cubic-inch (that’s 7.4 liters to those of you sweating under the oppressive weight of the French Empire’s Measurement System) big-block Chevrolet engine would have been yanked out and purchased within hours of hitting the rows of a yard like this. These days, engine-swappers can get more power with less weight from any number of donor vehicles. If this engine is the original 454, it was rated at 240 horsepower and 355 pound-feet (down from 270 hp in 1972 due to emissions-related changes). This truck had a three-speed automatic transmission, like most optioned-up Detroit pickups of its era. 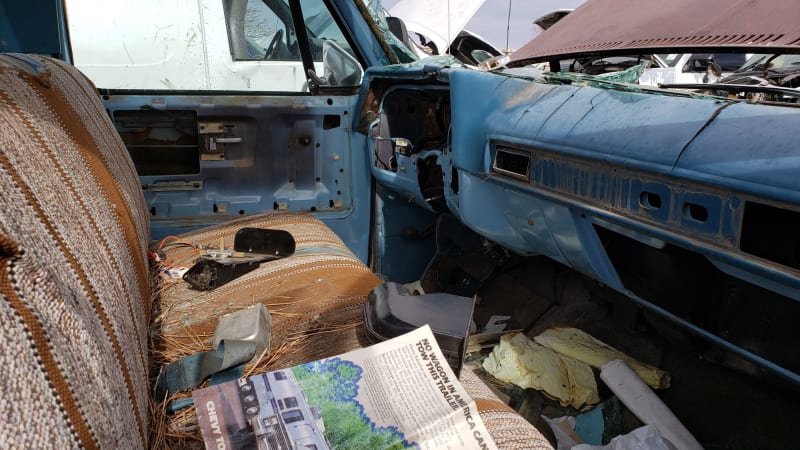 The interior is mostly gone, but the Sierra Grande got the nicest upholstery and appointments of all GMC pickups and this would have been a very luxurious truck by 1973 standards (by 2022 standards, it would be considered intolerably cramped and noisy, with every new-truck reviewer on the planet wearing out thesaurus pages looking for creatively venomous ways to describe the unapologetically petrochemically-derived cab materials). 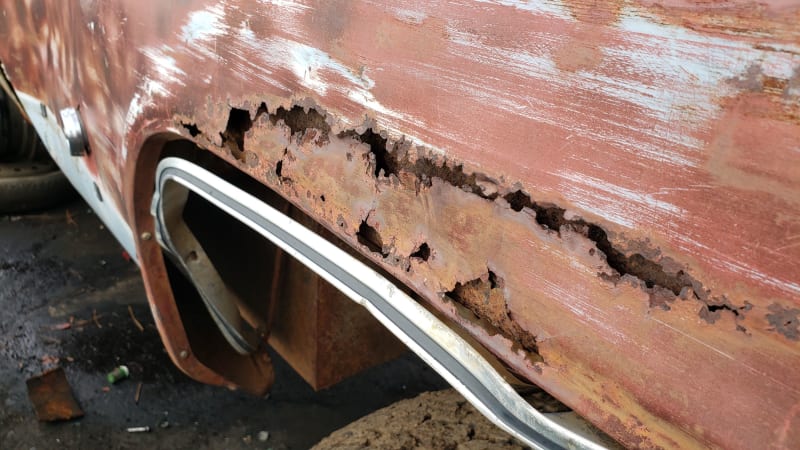 There’s some rust, but it’s not a basket-case truck by any means. You’d think a factory-big-block Sierra Grande Camper Special in this condition would have been worth the cost of a basic restoration, even without four-wheel-drive, but here it sits (not far from the very solid ’66 Mustang that couldn’t even get $550 at auction).

This is a Chevrolet commercial, but all the features you see in it apply equally to the nearly-identical GMC counterparts.