American car shoppers looking for a full-sized hardtop coupe in 1962 couldn’t go wrong with the offerings from The General. Chevrolet would sell you a snazzy new Bel Air sport coupe for just $2,561 (about $23,800 today), but those Joneses next door wouldn’t have felt properly shamed if you put a new proletariat-grade Chevy in your driveway. No, to really stand tall during the era of Alfred Sloan’s Ladder of Success, you had to go higher up on the GM food chain. For the B-platform full-sized cars of 1962, that meant the Pontiac Catalina/Bonneville beat the Chevy, the Oldsmobile 88 was the next step up the ladder, and at the very top was the Buick: the hot-rod Invicta and its swanky LeSabre sibling. To go beyond that, you had to move up to a C-platform Buick Electra or Cadillac. Today’s Junkyard Gem is a once-luxurious ’62 LeSabre, now much-faded in a northeastern Colorado boneyard. 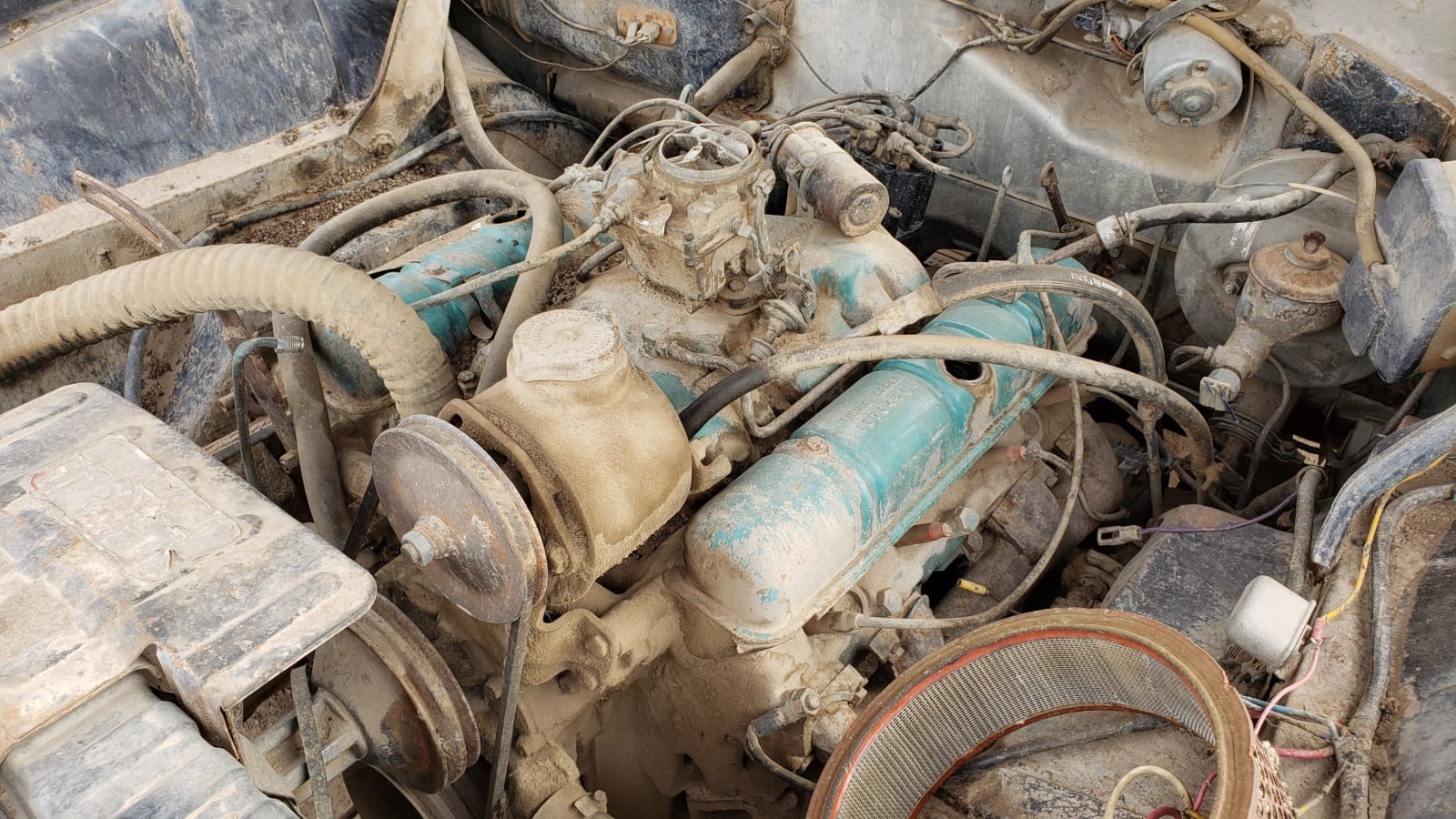 The reason GM shoppers got so bent out of shape about the “Chevymobile” episodes of the late 1970s, in which some GM cars received engines made by “lesser” GM divisions, was that each division had its own family of V8 engines during the 1950s and 1960s and they weren’t supposed to be mingled. The ’62 LeSabre got a 401-cubic-inch (6.5-liter) Nailhead engine (so called because the valves were unusually small), rated at 265, 280, or 325 (depending on what kind of compression ratio and carburetion you wanted). That’s not crazy horses for a big-displacement, two-ton luxury coupe of its era, but the small valves allowed for combustion chambers optimized for one thing: low-rpm torque. This 401 has the two-barrel carburetor, so it made either 412 or 425 pound-feet of torque. That’s just a bit less than the mighty Cadillac’s engine that year, and definitely sufficient to get this car moving very quickly. 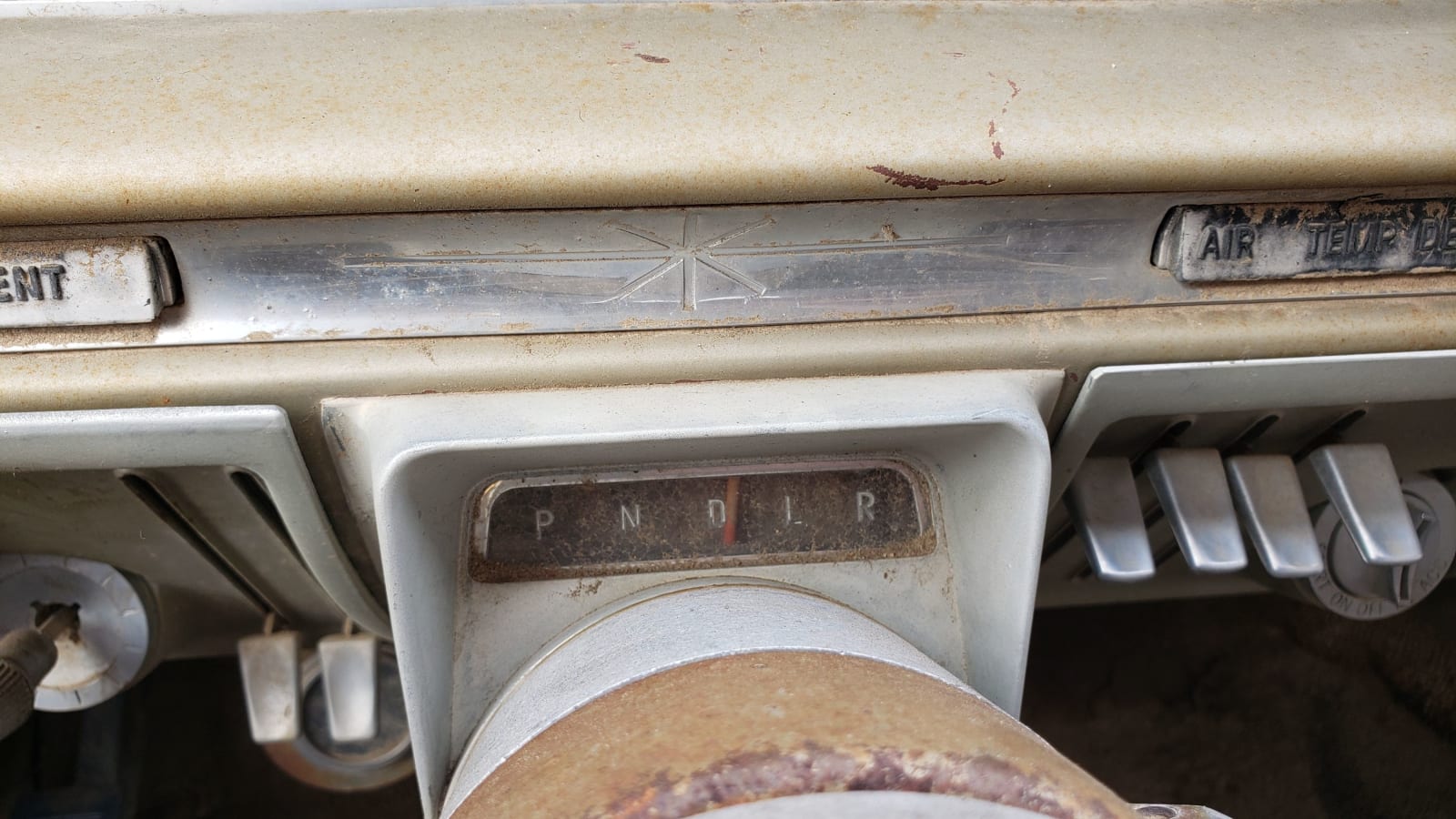 You had to pay a fat premium on the Chevrolet, Pontiac, and Oldsmobile B-bodies to get an automatic transmission (a three-speed column-shift manual was base equipment in those cars), but a Turbine-Drive (formerly known as the Dyna-Flow) automatic was standard issue on the 1962 LeSabre. This was an interesting transmission design that traced its origins back to the 1942 M18 Hellcat Tank Destroyer and used torque-converter multiplication to provide a CVT-like experience with no perceptible shifts (the driver could select a separate low gearset manually, so the shifter looks just like the one on the true two-speed Powerglide transmission). The Dynaflow/Turbine Drive wasted power, but it was smooooth. After 1963, Buick switched to the same Turbo-Hydramatic automatics used by the other GM divisions. 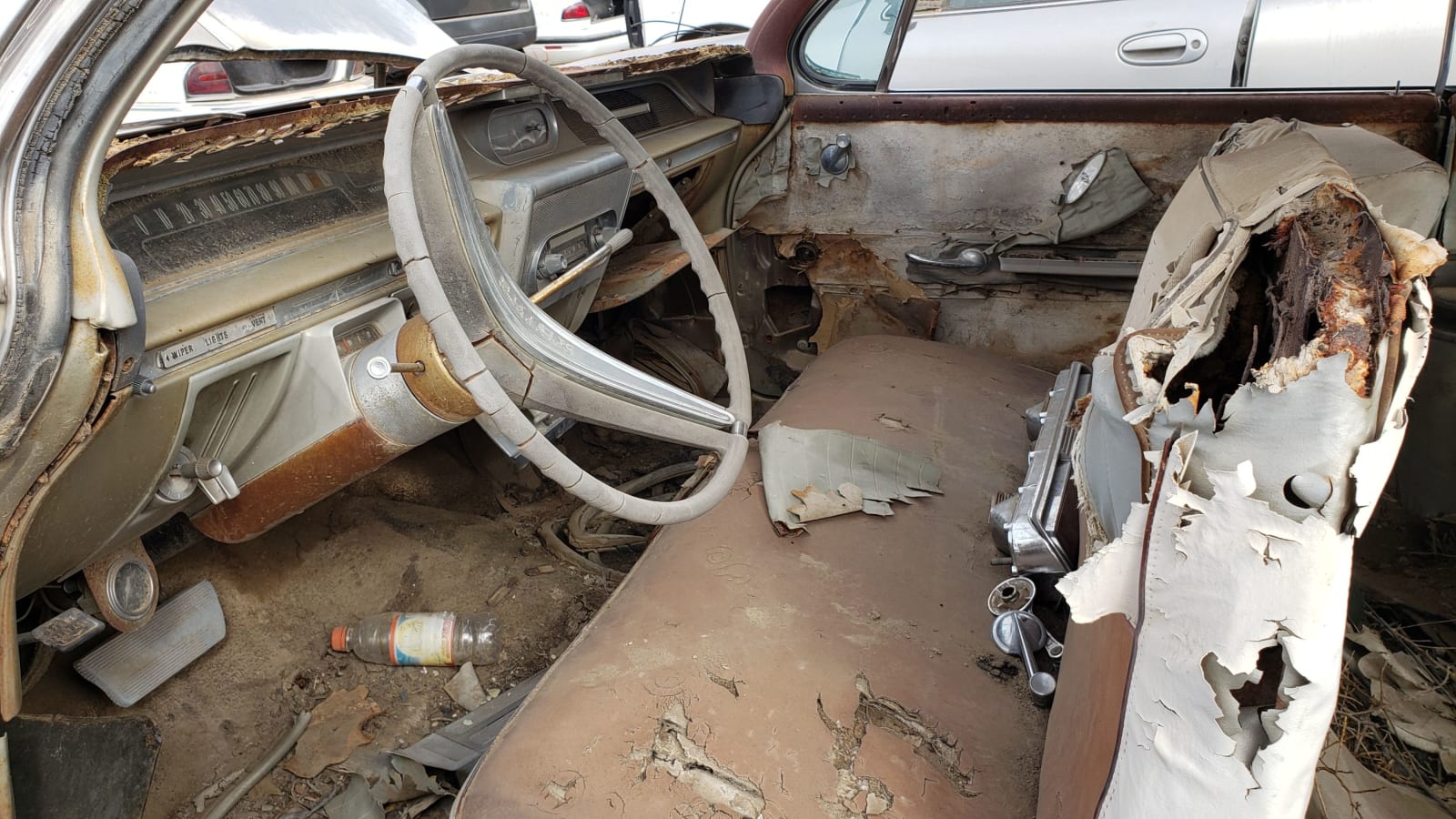 This car sat outdoors for many years with no glass, maybe several decades. GM B-body coupes of this period can be worth restoring, but this one would require a complete new interior from scratch. 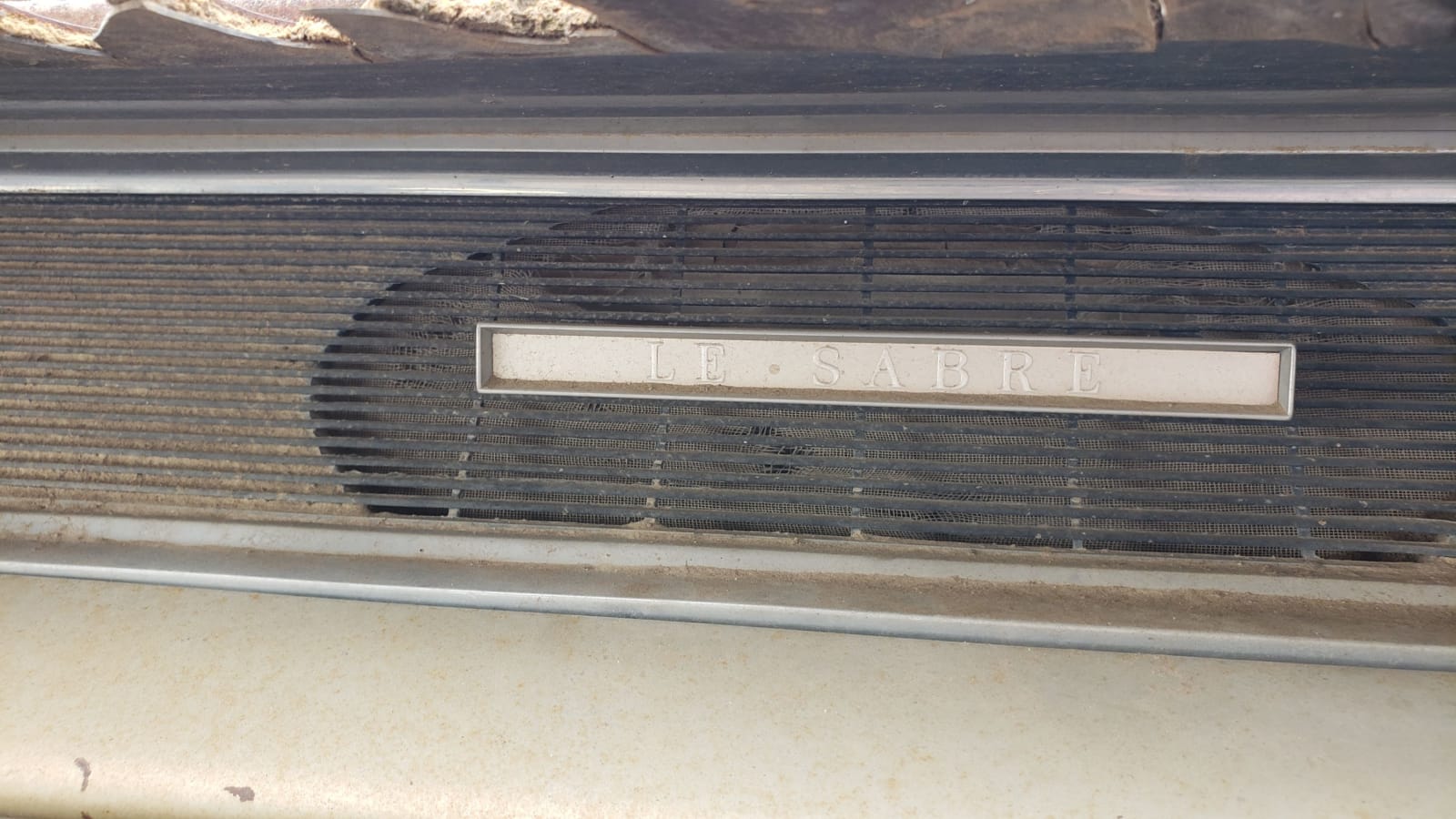 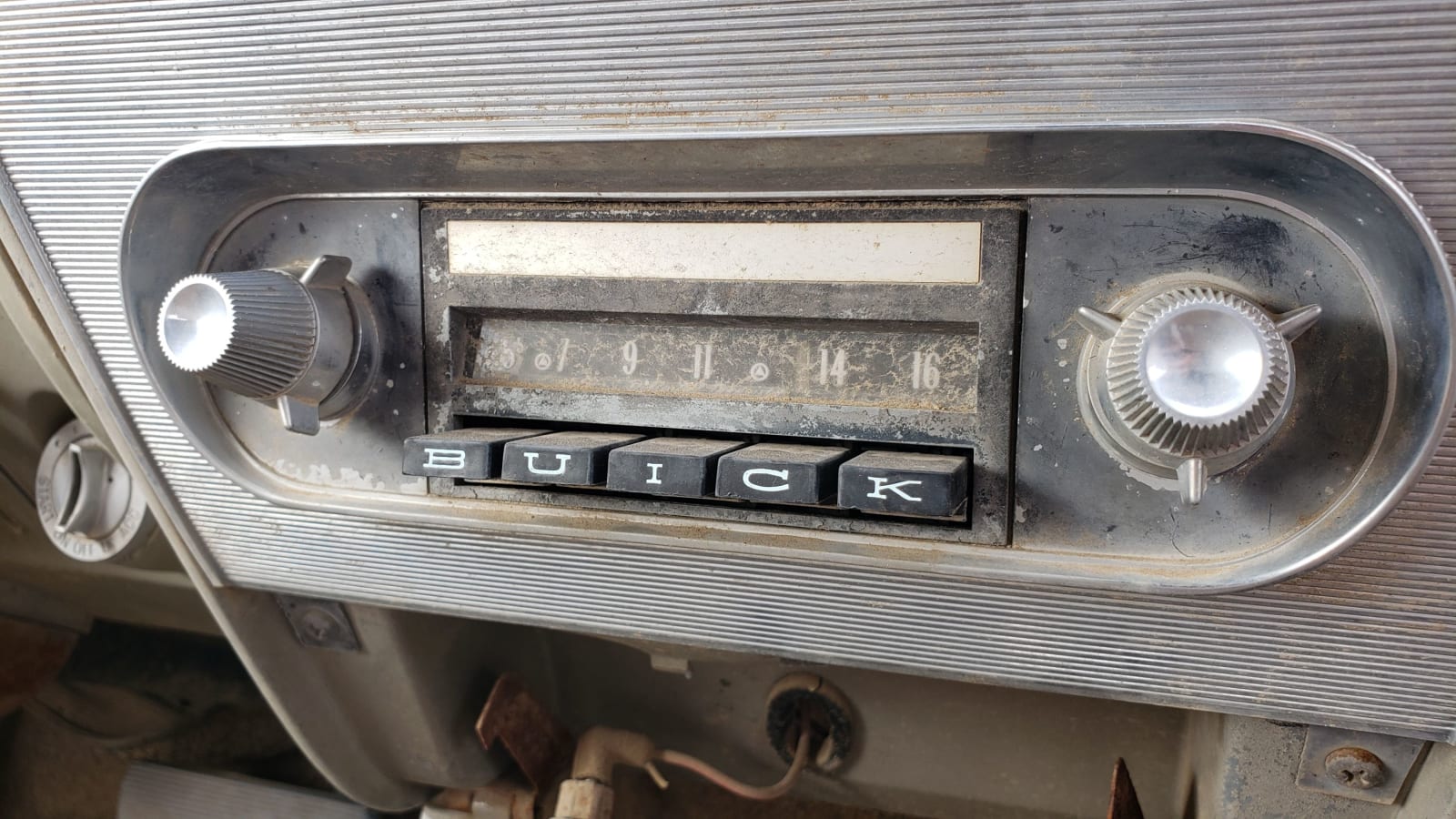 While the automatic transmission was standard on the ’62 LeSabre (as was the heater/defroster), buyers had to pay $116 (about $1,080 today) for this AM radio. Hey, if you wanted to listen to the #1 song of 1962 while driving your new Buick, you didn’t cheap out! Note the Civil Defense triangle-in-a-circle symbols at 640 and 1240 kHz; those indicated the frequencies of the CONELRAD system, which broadcast announcements in the event of a Soviet nuclear attack. All American-market car radios sold from 1953 through 1963 were required by federal law to have CONELRAD frequencies marked. 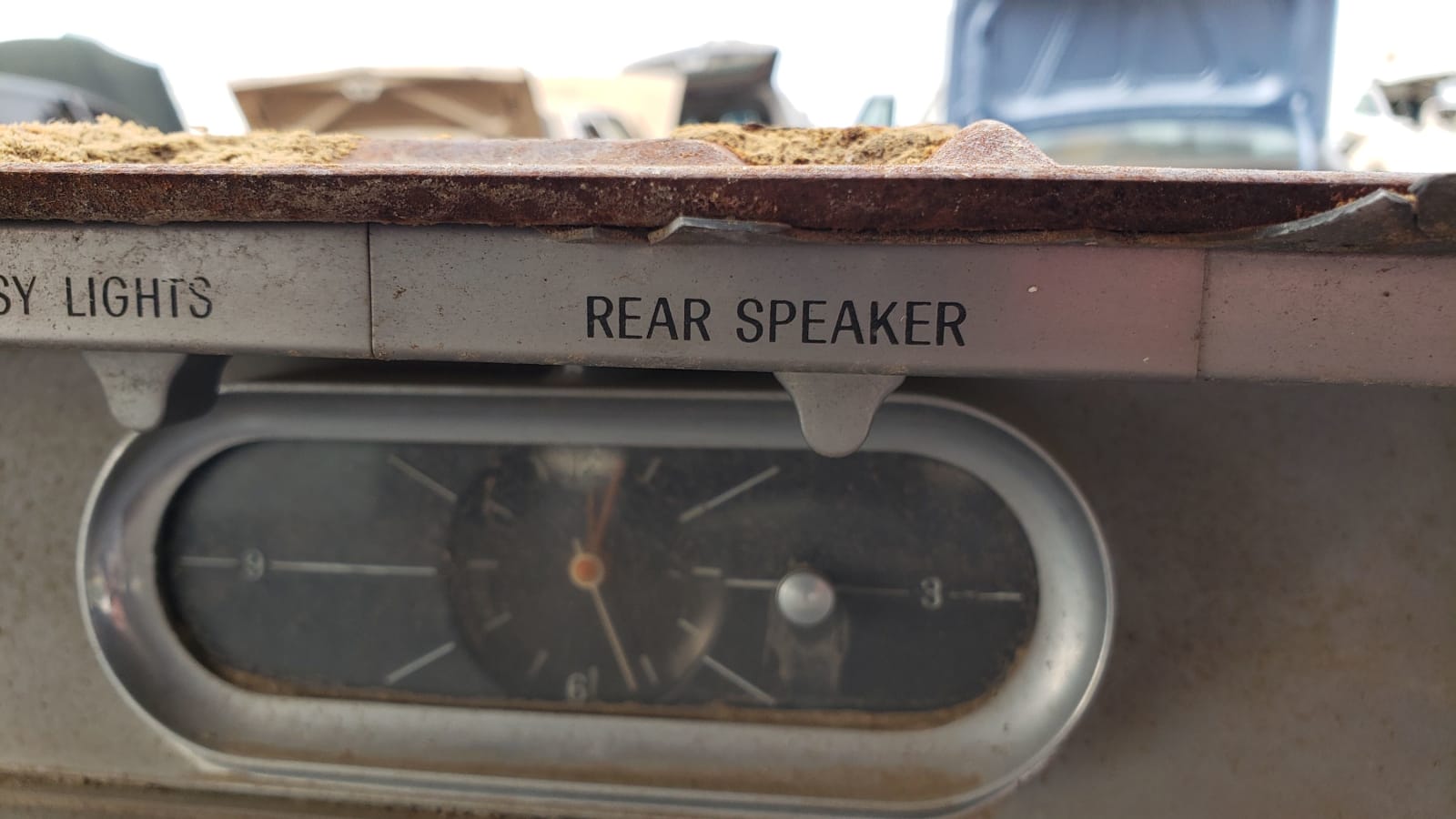 The original buyer of this car even paid 17 bucks extra ($158 today) for the optional rear speaker, and I’ll bet that clock wasn’t free. 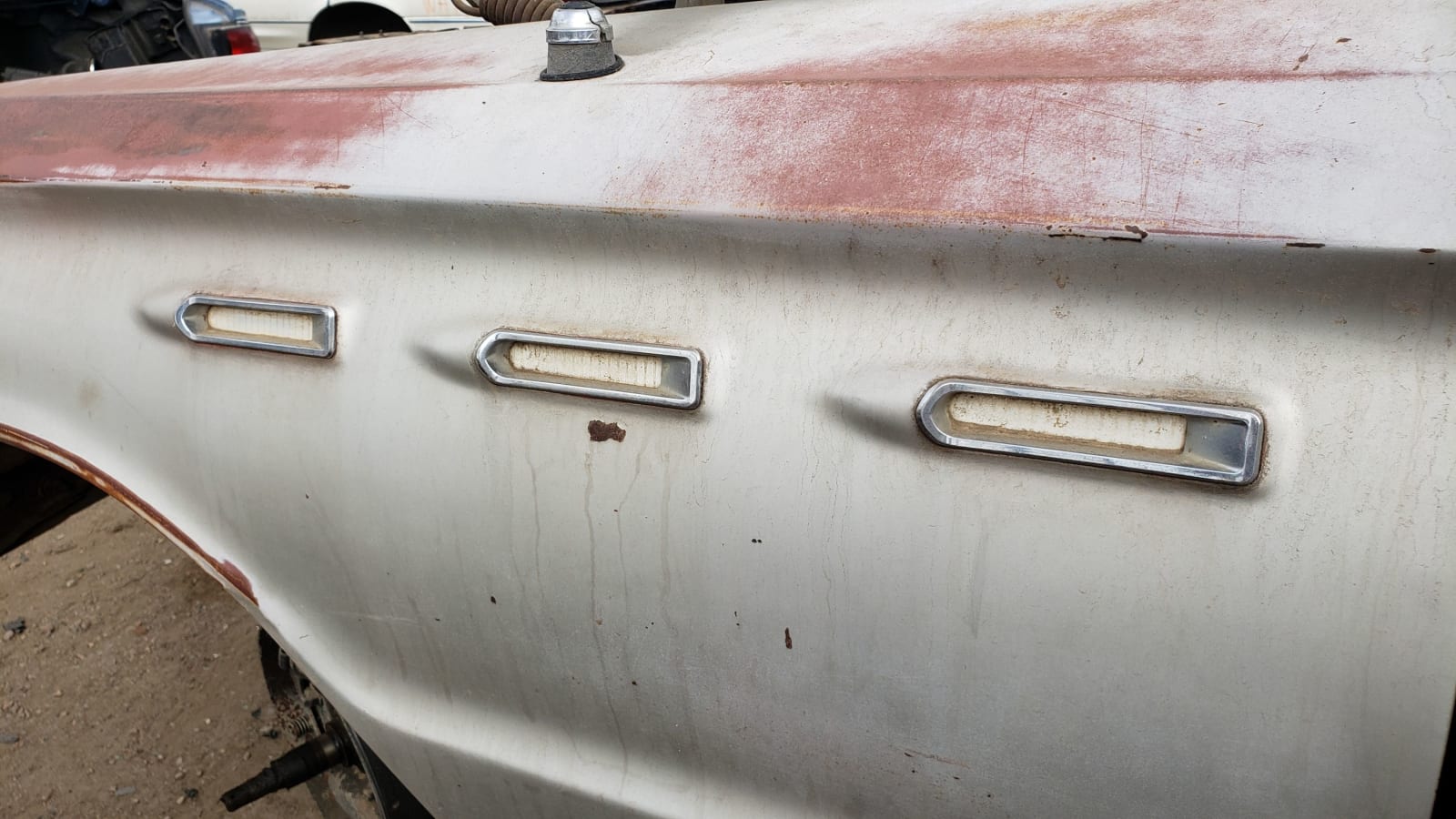 Buick introduced the “VentiPorts” on fenders in 1949, and they came and went several times since then.

What does it take to be a Buick?

This article was originally published by Autoblog.com. Read the original article here.
Share
Facebook
Twitter
Pinterest
WhatsApp
Previous articleIndiana: Janus Motorcycles Among the Finalists in “Coolest Thing Made in Indiana” Contest
Next articleBMW 6 Series rumored to return in 2026 as 4 and 8 Series die