How much does it cost to charge an electric car? How much does it cost to charge an electric car?

One of the many reasons for choosing to go electric is the potential cash saving on offer. In many instances, electricity is cheaper than traditional fuels such as petrol or diesel, in some cases costing over half as much for a ‘full tank of fuel’. However, it all depends on where and how you charge, so here’s our in-depth guide that’ll answer all your questions.

How much will it cost to charge my car at home?

According to the government-backed Go Ultra Low electric vehicle campaign, around 90% of owners charge their EVs at home, and this the cheapest way to charge. Of course, it depends on the car you’re charging and the tariff of your electricity supplier, but overall it won’t cost nearly as much to ‘fuel’ your EV as a traditional internal-combustion-engined vehicle. For example, something like a Nissan Leaf should cost less than £5 for a full charge, even on the most expensive tariffs, and that will give you up to 200 miles of range. Better still, invest in one of the latest ‘smart’ wallboxes and you can use an app on your phone to programme the unit to only charge when electricity is cheapest, typically overnight.

How much will it cost to install a car charging point at home? 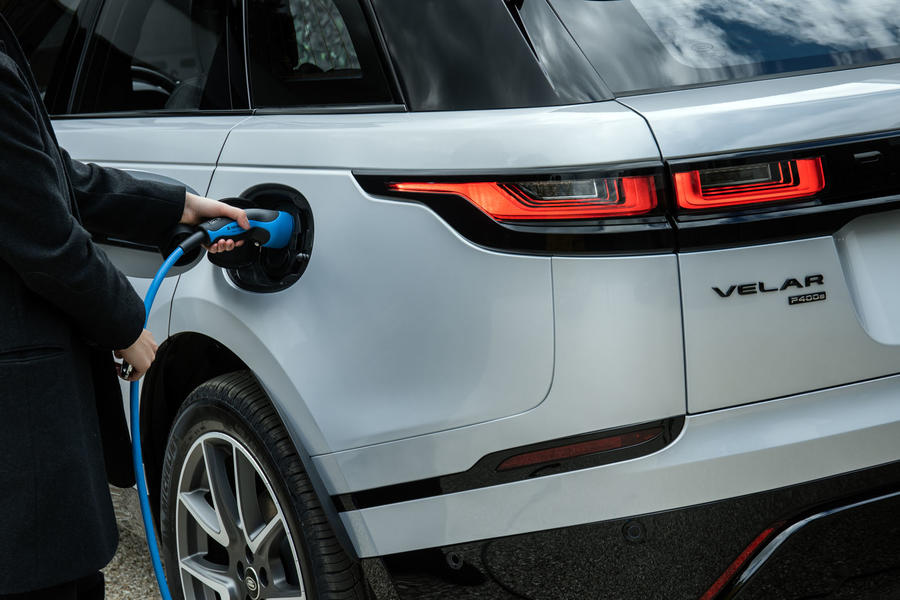 You can simply use the factory-supplied three-pin plug charger, but charging times are lengthy and manufacturers warn against sustained use due to the current drain on the socket. Therefore, it’s best to use a dedicated wall-mounted unit, which can charge at up to 7kW, more than twice as fast as the three-pin alternative. There are a number of different manufacturers to choose from, plus a choice of tethered (with a charging cable permanently attached) or untethered (allowing you to choose different sockets and cables for different cars) layouts. Regardless of which one you plump for, you’ll need a qualified electrician both to check your household wiring is up to the task and then to install the box.

The good news is that the government is keen for motorists to go green and is offering generous subsidies, so if you have a unit fitted by an authorised installer, then the Office of Zero Emissions Vehicles (OZEV) will stump up 75% of the overall cost up to a maximum of £350. Of course, the prices vary, but with the grant, you can expect to pay around £400 for a home charging station. Better still, if you’ve still not bought your EV, bear in mind that a number of manufacturers are offering a free wallbox and installation when you buy one of their electric models.

The not so good news is that the Government is pulling the plug on the funding for this scheme for homeowners that reside in single unit properties (bungalows, detached, semi-detached and terraced housing) in April 2022. That means to still qualify for the grant you’ll need to have the unit installed before 31 March 2022 and have submitted all the relevant paperwork to OZEV by 30 April 2022. On the plus side, you’ll still be able to able for the grant if you rent this type of property or if you’re a homeowner that lives in a block of flats;Also, bear in mind that, if you are a homeowner in a single unit property and still haven’t bought your EV then, a number of manufacturers are still offering a free wallbox and installation when you buy one of their electric models.

How much will it cost at a public charging station? 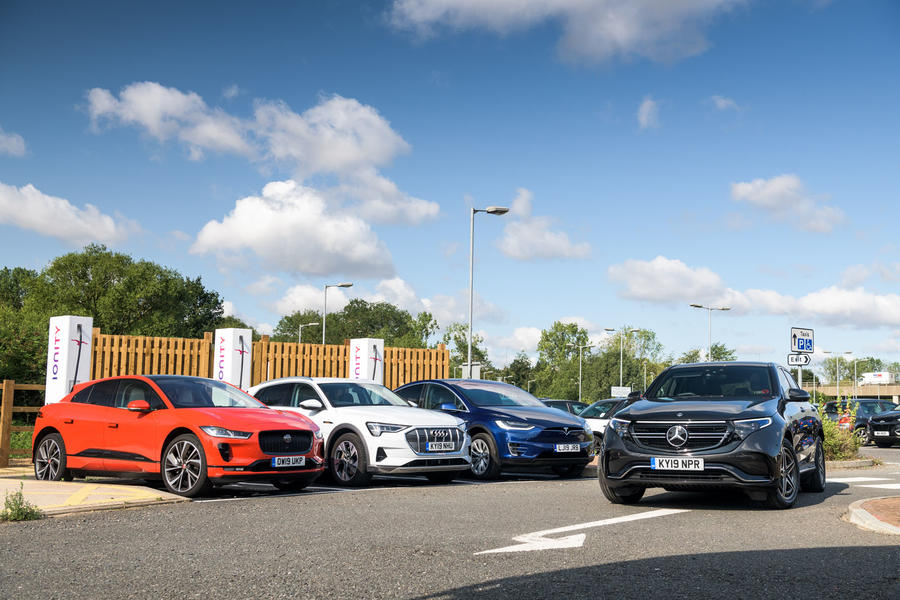 Again, this is dependent on your car and the way you use it, because there are numerous options when it comes to public charging stations. For instance, if you only need charge when out and about infrequently, then a pay-as-you-go method is possible, costing between 20p and 70p per kWh, depending on whether you’re using a fast or rapid charger, the latter costing more to use. Recent arrival Instavolt works on this principle, requiring nothing more than contactless payment as when you need to top up, Others providers will charge an hourly rate (effectively a parking charge) plus a kWh charge for electricity consumed.

If you travel further afield more frequently, then providers such as BP Pulse offer a subscription service with a monthly fee of just under £8, which gives you discounted rates on many of its 8,000 chargers, plus free access to a handful of AC units. You’ll need an RFID card or smartphone app to access them, but once connected you can charge at 50kW 23p per kWh and 27p per kWh for the 150kW chargers.

It’s also possible to use many of the chargers on a pay-as-you go basis with a contactless bank card, with a rate of 26p per kWh for AC chargers, or 35p and 42p per kWh for its 50kW and 150kW chargers respectively.

Rival oil company Shell has its Recharge network which has been rolling out 50kW and 150kW rapid chargers at its filling stations across the UK. These can be used on a contactless pay-as-you-go basis on a flat rate of 45p per kWh for it 50kWh Rapid chargers and 49p per kWh for its 150kW Ultra Rapid chargers, although it’s worth noting there’s a 35p transaction charge each time you plug-in. This price remains unchanged if you sign up to the Shell Recharge account, which bills you monthly for your use but also allows you to use over 250,000 chargers from over 250 providers across Europe.

It’s also worth bearing in mind that some hotels and shopping centres offer free charging to customers. The widespread use of smartphone apps for all providers makes it easy to see where the charging points are, how much they cost to use and and whether they’re free, so you can easily tap into a provider that suits your needs and budget.

Many manufacturers also offer simplified charging by giving access to numerous providers under their own charging scheme. For instance, Audi’s E-tron Charging Service account gives access to nearly 20 different energy firms, while all new E-trons come with a voucher that’ll cover the first 1000 miles worth of charges for free.

Tesla owners get their own dedicated rapid-charging Supercharger network, plus a number of Destination fast chargers at locations such as hotels. Owners of a Tesla Model S or Model X registered before 2017 are eligible for free charging, while owners of later cars will currently be charged at a rate of 26p per kWh. Bear in mind, however, that Tesla charges ‘idle fees’ if you remain parked-up once your car is charged. If the Supercharger station is over 50 percent full then you’ll be charged 50p for every minute you’re parked in a fully charged car, which rises to £1 if the station is completely full.

Tesla has recently announced that it will soon make its Superchargers available to owners of other brands of EV. It’s likely that you’ll be charged more than Tesla drivers to use them, with drivers of the slowest charging vehicles forking out the most as a way to dissuade them from spending too long plugged in.

How much does it cost for motorway charging?

You’ll pay a little more to charge at a motorway service station, largely because most of the chargers there are fast or rapid units. Until recently, Ecotricity was the only provider at these locations, with around 300 chargers available, but it has now been joined by companies such as Ionity. In the case of Ecotricity, it has recently sold its Electric Highway network of chargers to Gridserve, which has promised greater investment and more 350kW rapid chargers, including the 12 units just installed at Rugby Services in Warwickshire.

Over the rest of the Electric Highway network here’s the existing choice of both AC and DC charging options, all with a 45-minute maximum use time. There are only a handful of the AC fast chargers left, but they are free to use with an Ecotricity RFID card. The rapid DC chargers offer 120kW, 180 kW or 350kw charging and can be all be used on a pay-as-you-go basis for 30p per kWh at both its motorway services locations and Gridserve Forecourts, which are essentially standalone hubs of main trunk roads and provide amenities such as cafes and newsagents.

Rival firm Ionity costs a little more for pay-as-you-go customers with a price of 69p per kWh, but commercial tie-ins with EV manufacturers such as Audi, BMW, Mercedes and Jaguar, entitles drivers of these cars to lower rates. On the plus side, all of its chargers are capable of charging at up to 350kW.