It’s hard to think about anything while sitting in a hard-working Lamborghini other than the car itself, but I spent at least some of my time during a trip in various of the company’s cars remembering Dave Stewart.

Not, it must be said, for the music that he and Annie Lennox created; rather because after Eurythmics’ chart success had peaked, he claimed to suffer from Paradise Syndrome – depression caused by a lifestyle that was too perfect and too predictable.

Multimillionaires with the ability to scratch every itch obviously need to find some more prickles to soothe. Which is where Lamborghini’s Ad Personam division can help. Although best known for the ability to order bespoke options for new cars, Lamborghini also gives its more demanding clients the chance to attend a variety of exclusive experiences.

It has organised a three-day tour of the Italian Alps in cars ranging from a Lamborghini Huracán Spyder to an Lamborghini Aventador SVJ to show journalists the sort of thing that is possible. The luxurious hotels and carefully curated tasting menus are predictably lovely, but it was the chance to drive the company’s spikier cars in harsh conditions that brought me here.

Lamborghini does offer a fully fledged ice-driving experience, the Esperienza Accademia Neve, which normally takes place on an ice circuit at the ski resort of Livigno. This isn’t that, but I have been promised the chance to experience the Lamborghini Huracán STO on similarly low-grip surfaces. 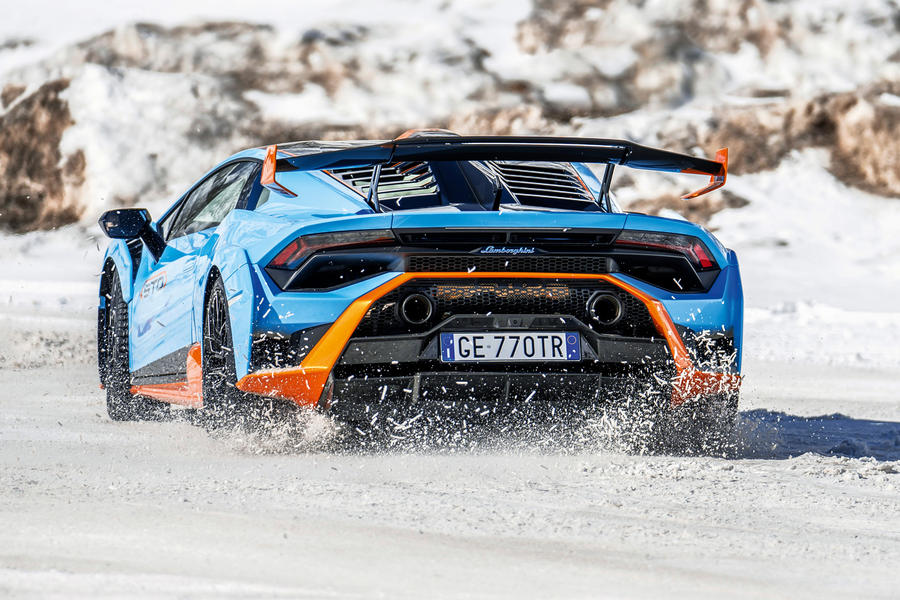 My first experience is on the narrow road that leads to the high-altitude observatory in Saint Barthélemy. The plan is to go there to look at the Cor Tauri star that Lamborghini’s electrification strategy is named after.

It’s late in the day and the temperature is dropping. The STO is wearing a set of Pirelli Sottozero winter tyres but otherwise functionally identical to the car I drove at Vallelunga last year – my only previous experience of it.

On a warm track, the STO was defined by the hugeness of the grip its semi-slick tyres and aerodynamic downforce could generate. On a sub-zero mountain pass, adhesion is scant and hard to find. Even with the stability control fully engaged, the V10 is surging and the rear axle vibrating as the wheels spin on the slippery surfaces, all the active systems struggling to find traction for even a small percentage of the peak 631bhp. It’s thrilling and terrifying in equal measure – not something modern supercars are often allowed to be.

An even less likely challenge comes the following day on a miniature ice course constructed to give some low-speed thrills. Very low-speed thrills, as it turns out. Both the STO and the four-wheel-drive Huracán Evo laid on for comparison are still riding on Sottozeros rather than the studded tyres that might stand a chance of finding usable grip. 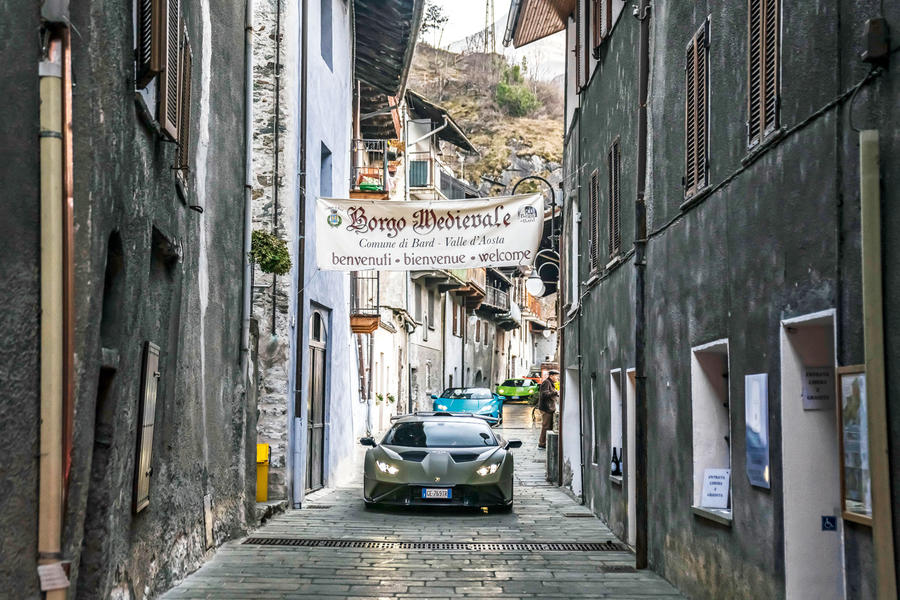 Despite that, the Evo acquits itself impressively well, all four wheels spinning most of the time but with the ability to send torque forwards allowing it to recover from some lurid slides. Not so the STO, which struggles to get past an indicated 12mph and never leaves first gear, spending much of the session rotating in uncatchable low-speed spins. It feels entirely ludicrous, but surely even the most overindulged millionaire couldn’t fail to find amusement in such a challenge.

That is the definite advantage of top-end driving programmes, allowing those who are rich on cash but poor on time to enjoy condensed adventures and tick off experiences without the trouble of organising, planning or tidying up afterwards. While I can’t imagine driving an STO on ice again, I’m glad to be able to say that I’ve done so. 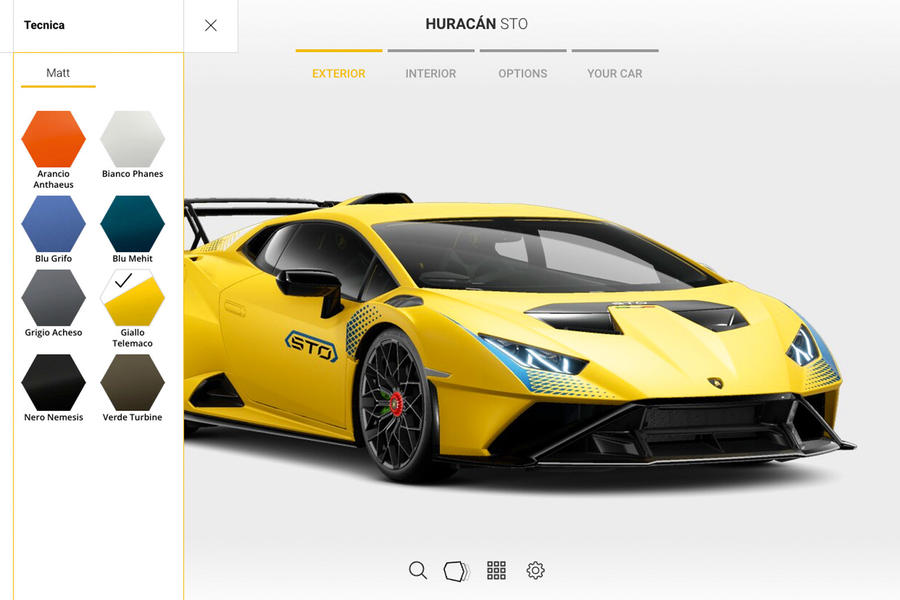 Red with green? Blue with yellow? Brown with anything? And do you want the seatbelts to match?

Who knew that specifying your own anything-goes supercar would involve so many choices?

This abundance of decisions when almost anything is possible is why Lamborghini, like other luxury car manufacturers, has devised a way to make the process easier. Favoured buyers have long been able to visit the Sant’Agata factory, but now they can combine a tour with a stop at the Ad Personam studio, where an expert guides them in a specifying session.

This is a more involved process than any online configurator and a very hands-on one. The studio has paint and fabric swatches for every factory option and ‘extended’ colour so you can see what goes with what. The consultants are also adept at offering advice on what goes with what and what definitely doesn’t.

“Two colours are good, three colours can work, but I always suggest not going beyond that,” says Camilla Keim, the expert who’s talking me through what will necessarily be an entirely fictional Huracán STO purchase.

While the colour of some parts can’t be changed (most obviously the switchgear and door cards), a huge amount is configurable, especially including things like stitching colour (and even personalised stitched patterns), carbon packs and exterior stickers – or the choice of having graphics hand-painted instead.

What’s missing are price tags. Buyers invited to the studio will have already put down a deposit and discussed basic pricing with their dealer. The considerable cost of bespoke add-ons will then be sent back to the dealer for agreement or further negotiation. It won’t be cheap, but it does feel special.