How a Labour government would drive to zero transport emissions During the recent United Nations Climate Change Conference (COP26) in Glasgow, the majority of the world’s car manufacturers failed to back a deal to eliminate new car emissions by 2040.

Signatures missing from the deal included the BMW Group, Renault Group, Hyundai Motor Group, Stellantis, Toyota and the Volkswagen Group, while countries including China, France, Germany and the US also failed to sign the pledge.

According to Jim McMahon, Labour’s shadow transport secretary, the Conservative government cutting domestic air taxes prior to the conference meant the UK (which did sign the pledge) “went into COP26 with a very weak position” to start negotiations.

“The opportunity was there for the government to use the Spending Review before COP26 to lay the foundations, but we didn’t really see that,” the MP for Oldham West and Royton in Lancashire told us. “What has the government been doing to support building new battery plants in the UK? What have they been doing to support the building of new hydrogen facilities and investing in the technology early to stabilise the price so that people have confidence to buy the technology and develop it?”

We put it to McMahon – who is the son of a truck driver – that the government announced in August that it would consult on a £240 million fund to support future hydrogen facilities and launched in May a £1 billion Automotive Transformation Fund.

This is too little too late, according to Labour. A spokesman said: “It’s the very fact that they’ve been in power for 11 years and we’ve seen no real improvement or investment. This shows the problematic place we’re in as we attempt to tackle climate change and decarbonise the transport industry.”

McMahon added: “The government could have taken action and it has chosen not to. They then go to an international conference and unsurprisingly all the countries and manufacturers are saying ‘it’s not possible with the foundations that have been laid, we need more time’.”

McMahon warned that without sizeable government help, the UK’s automotive industry will be “miles behind and investment will go elsewhere” and claimed that the government is also not delivering on its promises to decarbonise bus fleets.

“Two years ago, Boris Johnson promised 4000 zero-emissions buses, and there isn’t a single one [of that batch] on the road. “We met with the main manufacturers – Switch Mobility, Alexander Dennis and Wrightbus – and they were saying they haven’t received a single order. Not only are there none on the roads, but there isn’t even one on the order books.

“It’s doable to transition in a fair way, but my fear is the government will drag their feet and they will do it at the last minute, punishing working-class people.”

Responding to McMahon’s statement, a Department for Transport spokesman said: “We’ve already announced funding for 900 vehicles and the winning bids for up to a further 500 buses are due to be announced shortly.”

So, what would Labour be doing if it were in power today?

“I would like to see a public transport revolution, for us to reimagine how we use our neighbourhoods and take cars off the streets. But I don’t want to do that by a system that doesn’t give people any choice, other than to do that and then tax them heavily on their mode of transport,” McMahon said.

“I’d like there to be a reset conversation about the way we live, work and consume to make sure that we’re fully sighted on the environmental decisions that we make. We need to take into account the true environmental impact of each form of travel, and we need to understand the taxation pressures that will come down the line. The Treasury relies on £39bn in fuel and vehicle excise duties, but if everyone moves to a zero-emissions vehicle, that will be lost.”

McMahon argues that one way of doing this is to make better use of smartphone data: “We can use real-time data that tens of millions of people are giving us every day to plan new routes for the future. We need to track current travel on non-public transport to then plan routes that will convince people to switch.”

He continued: “The other way is to use a polluter pays model. We shouldn’t be seen to be punishing people for wanting to lead a decent life, having choice and freedom. Don’t punish a family for having a holiday once a year to Spain or Portugal, but if you’re a business traveller flying around the world every other month, you should be paying more.”

Despite his attack on the government for its strategy to decarbonise the UK’s new car market by 2030, McMahon believes that deadline “is still achievable” – as long as the £2500 EV grant is continued beyond its current expiry date of April 2023. “The idea of cutting it short would almost certainly mean we wouldn’t meet that target,” he said.

One concern remains for McMahon, though: how much time it might take to remove ICE vehicles from our roads.

“You could find that a huge chunk of the market is zero-emissions and there’s a stubborn part of the market that you can’t shift, because some people can’t afford to make the transition in the used car market,” he said.

If this occurs, he fears that “there will be a distribution of pollution to the poorer areas of the country, and then the poorest people who can’t make the transition will live in the most polluted areas”.

One suggestion he has is a targeted scrappage scheme: “You might want to introduce a scheme that says ‘If the vehicle has been in your ownership for two years, the government will pay you to dispose of it. In addition, we will give you a year’s free public transport once it has been built up to be a more efficient and reliable service’.

“It’s not enough to just give people money towards electric cars. You’ve got to get rid of the polluting cars as well. You have to support people with the transition, you can’t just tax and kick people, you’ve got to help them get into an affordable mode of transport which is also a more environmentally friendly one.”

Despite its clear desire to improve public transport, McMahon insisted Labour isn’t anti-motorist, rather its ambition is to “give people a viable alternative” to driving.

He concluded: “I’m a car fan – I have a 1989 Ford Escort at home, and it would be a pain and a wrench to get rid of it – and I’m very much of the opinion that the private car has been a social liberator, as it has allowed working-class people to travel and have freedom. But I want a public transport system to offer the same.” 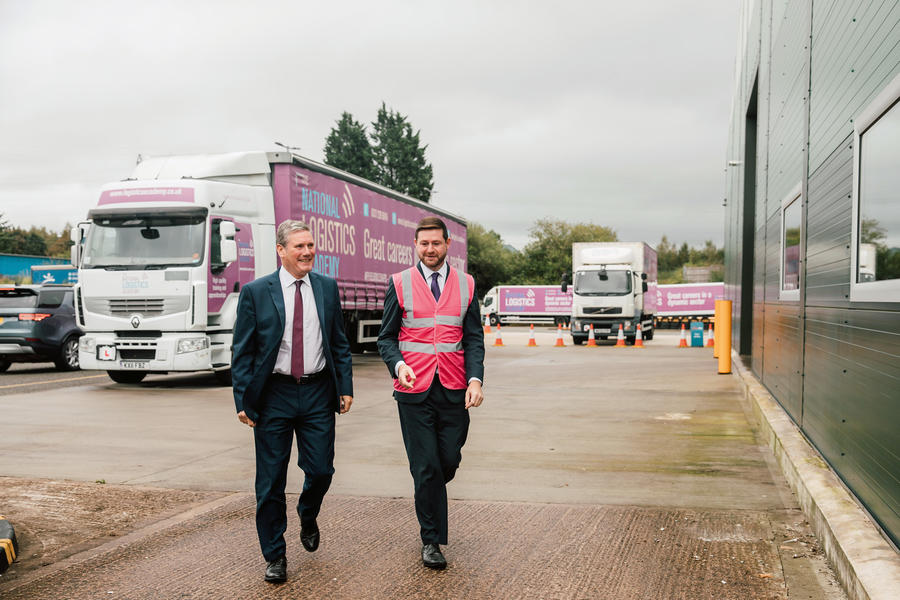 The government is currently “allowing a race to the bottom on safety in order to free up capacity” in the HGV driver market, believes Jim McMahon. “We don’t believe that you should take a truck on the road if you haven’t done a reversing test, but at the moment, that seems to be the route the government is taking.”

He said that instead of making the test easier to pass, the government should encourage HGV drivers who are about to retire to train the next generation of hauliers: “At the moment, the cost [to become an instructor] is £5000 per person, but they could undertake 15-20 tests a week, so for one person, you would be getting a lot more people on the road.”

McMahon has experience here: as a council leader, he set up a scheme called Warehouse to Wheels to encourage youngsters to become truck drivers. 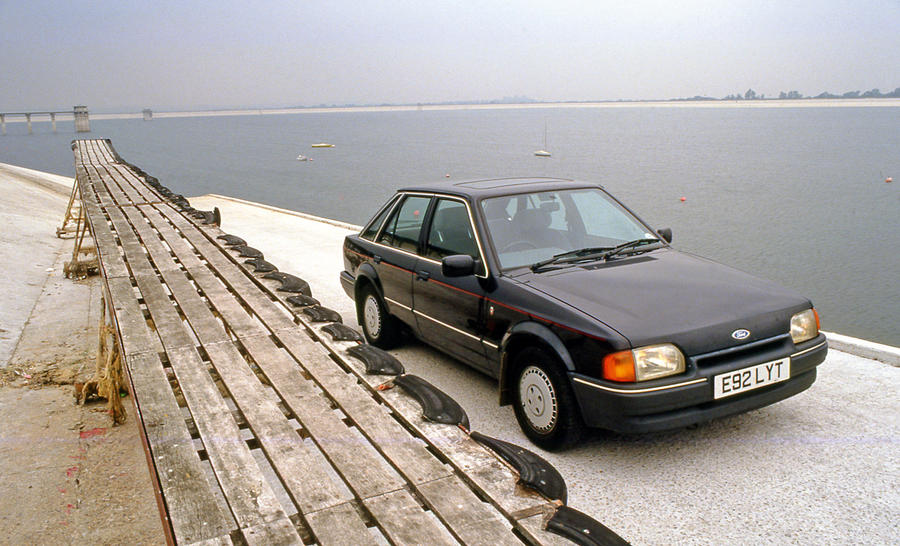 Our family car is a BMW 5 Series that will be replaced with a hybrid or electric. My personal car is a 1989 Ford Escort GL.

What’s the future: electric or hydrogen?

For private cars, electric all the way. For heavy goods vehicles, hydrogen.

Your last holiday and how got there?

I’m not a Formula 1 fan at all. I’m probably more rally than F1.