Volvo was late to the SUV party with its XC90, but the firm’s talent for practicality, safety and comfort suited the genre well.

The XC90 added width, length and wheelbase to the V70. At 4798mm long, it even outstretched the contemporary BMW X5 but was 1kg lighter. Haldex four-wheel drive normally sent 95% of drive to the front axle but could shift up to 65% rearwards if required.

Healthy low-end torque was smoothly deployed by the optional five-speed auto, and while the XC90 was left trailing in the performance stakes by the equivalent X5 and Mercedes ML, it yielded comfortable and relaxed progress. All-round ventilated disc brakes were powerful but grabby in town.

With both suppleness and impressive resistance to roll, the XC90 was bettered for handling by only the X5. Grip was excellent. Off-road ability was limited by relatively poor ground clearance, though. 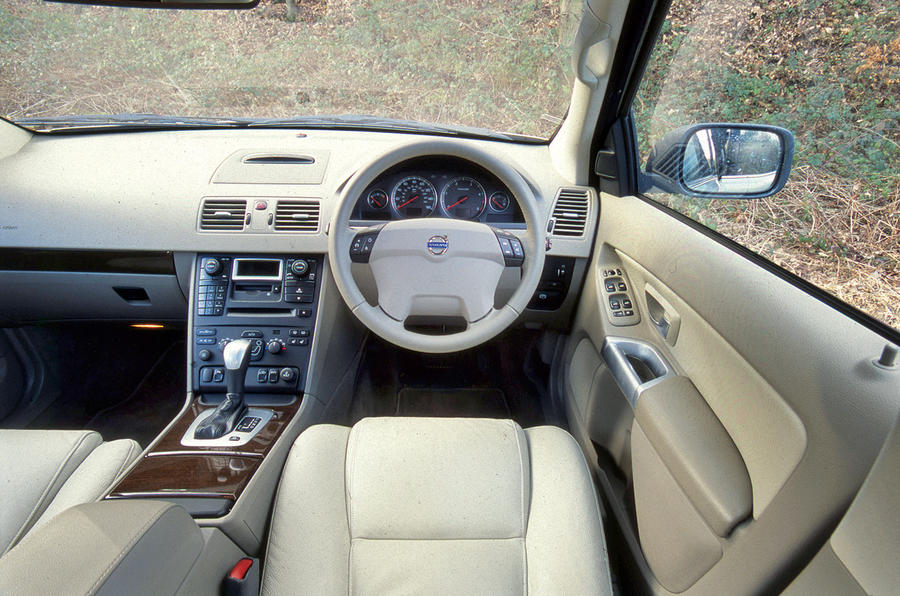 The original XC90 proved such an enduring sales success that it remained in production until 2014, with the help of a facelift in 2007.

A Mk2 model arrived in 2015 and employed a similar formula. However, it was lower, longer and wider than its predecessor and initiated Volvo’s shift to the SPA platform and the use of solely four-cylinder engines.

Facelifted in 2019, it remains on sale. An electric successor is expected to be revealed in the coming months.