Ford’s answer to the Audi Quattro introduced four-wheel drive to the popular five-door Sierra. The XR4x4 was no firebreather but it handled a treat.

A Formula-Ferguson-derived four-wheel drive system distributed drive 34% front, 66% rear. Suspension was upgraded over the XR4i’s to accommodate four-wheel drive and allow sportier handling, and the rear brake discs were enlarged, but the rear-drive car’s biplane rear wing was ditched for a subtler spoiler.

The fuel-injected 2.8-litre Cologne V6 wasn’t brimming with poke at 150bhp, a feeling heightened by the fuss-free way the four-wheel drive system laid down the available power. The engine was sweet and free-revving for the most part but became thrashy at a high revs, and the five-speed manual gearbox baulked at times.

Balanced handling defaulted to mild understeer at the limit, but a heavy right foot brought easily controllable oversteer, and traction was excellent. The new variable-ratio steering worked well in town and at pace.

The understated cabin was more luxurious than sporty and boasted healthy standard equipment save for air-con. 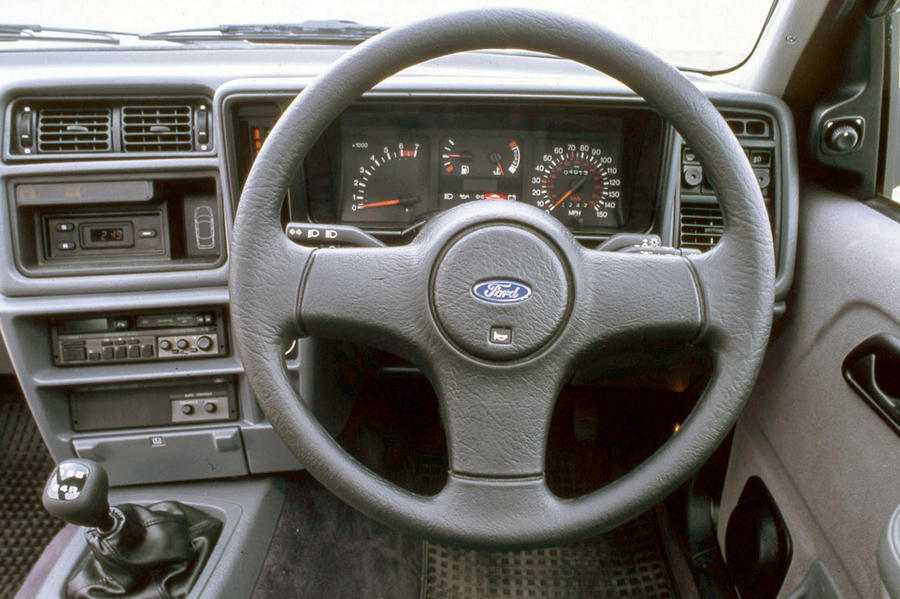 The V6 grew to 2.9 litres in 1988, seeing the XR4x4 through to the Sierra’s replacement in 1993 by the Ford Mondeo. A 125bhp 2.0-litre XR4x4 was also produced latterly. The Sierra estate offered four-wheel-drive variants, too, while the four-door Sapphire 4×4 was available in 2.0-litre form only, including the WRC-homologating 220bhp RS Cosworth 4×4.

The Autocar Archive, dating from 1895 to the modern day, is now available online. Subscribe today