At Auto China 2020 in Beijing, Buick revealed an Electra concept with a design language called Potential Energy created by one of GM’s Shanghai-based design studios. A press release about the concept said the “all-electric crossover offers a sneak peek at Buick’s vision for a new intelligent electric future.” It’s possible that the “intelligent electric future” could include the Electra name, as the Rivian Owners Forum discovered Buick applied to trademark that model name in Canada on December 20. Buick isn’t new to the name, having put it on a luxury sedan it produced from 1959 to 1990. What better way to resurrect history with electricity using the name Electra and a design language called Potential Energy?

As the Rivian forum also noted, Buick snuck a concept car into General Motors‘ promotional video for the Ultifi software platform that will connect owners’ digital lives across vehicles and locations. For less than two seconds at the end of the vid, a seriously chic fastback sedan speeds through a digital landscape, a Buick tri-shield logo set into what looks like an active rear spoiler. We don’t see Buick building this car, but we’d love it if Buick did. 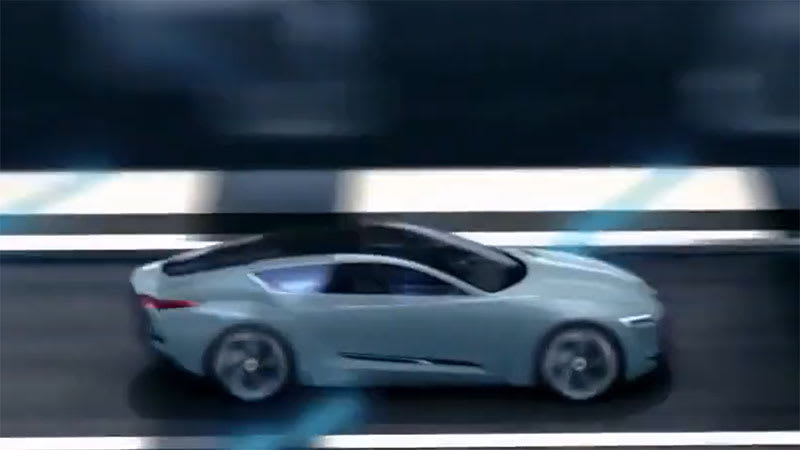 What we imagine more likely is a more production-possible evolution of the Electra concept shown in Beijing last year that had Ultium batteries powering two electric motors that shared a combined 583 horsepower among both axles. The sprint to 60 miles per hour was said to take 4.3 seconds, range estimated at about 410 miles. The dihedral doors enclosed a buttonless cockpit with a rectangular, retracting steering wheel, huge curved screen, eConnect software, and an AI-powered assistant for feature control. There was also a skateboard tucked into the rear bumper for last-mile travel to the destination or the half-pipe.

We expect Buick to launch at least one crossover in 2024, and another in 2025. One of them will likely compete with the Ford Mustang Mach-E and the production version of the Chrysler Airflow concept.