Spanish motorcycle manufacturer GasGas is known for its off-road and enduro models and, at the moment, does not sell any street-legal motorcycles. It looks like that’s about to change, as the company has two street-legal models in the pipeline, which are expected to make their debut very soon.

Since it was acquired by the Pierer Mobility Group — which also owns KTM and Husqvarna — GasGas has entered road racing with a factory Moto3 team and just last month, won the motorcycle class at the Dakar Rally. Evidently, it’s expanding its horizons, and it’s doing it well.

Our friends at Motorcycle.com have uncovered documents revealing that GasGas will introduce two street-legal bikes — the ES 700 and SM 700. Their report also confirms that these models will make their way to the U.S. market, following what we expect will be a debut in Europe.

The article by Motorcycle.com mentions, “The confirmation comes from vehicle identification number (VIN) decoder information submitted to the U.S. by KTM. The VIN decoder was recently amended on Feb. 16, with a cover letter noting the only changes were to add the “GG ES 700” and “GG SM 700” for 2022 and 2023, with both models marked specifically as being street legal.”

The ES presumably stands for Enduro Sport (or Street), while SM is likely SuperMoto. As we’ve seen extensively with KTM and Husqvarna, the Pierer Mobility Group is no stranger to sharing platforms between its subsidiaries. Considering that the current GasGas lineup has no engines that displace over 450cc, it’s safe to assume that these new models will share a lot of similarities with the KTM 690 Enduro, and the Husqvarna 701 Enduro and 701 Supermoto.

The engine at the heart of the bikes we just mentioned is a 692.7cc single-cylinder unit that produces 74.7hp and 73.5Nm of torque. The upcoming GasGas models will likely use this powertrain as well. 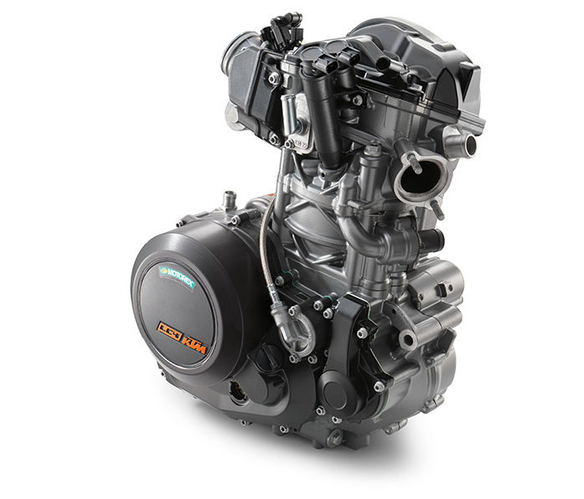 Interestingly, prices for the bikes in Europe have surfaced online as well, and the ES 700 and SM 700 are priced more aggressively than their respective KTM and Husky counterparts. It’s too early to say if this pricing structure will make its way to other markets as well, but it’s one thing that GasGas has in its favor.

We’re also looking forward to seeing how GasGas will differentiate its models from the counterparts produced by KTM and Husqvarna. Since it’s a relatively less known company in the U.S. and several other markets, this will play a significant role in how the bikes are received.

This article was originally published by Webbikeworld.com. Read the original article here.
Share
Facebook
Twitter
Pinterest
WhatsApp
Previous articleMazda Montrose: where did they get that name?
Next articleAutomakers suspend some business in Russia following invasion