​No, your eyes are not deceiving you. And, no, these pictures are in no way doctored. Trials for the first e-scooter races have already been held, and plans to launch the inaugural world championship are already well underway.

Doesn’t it look great? Welcome to the exciting (and slightly mad) world of the Electric Skootr Championship. Known by those short of time as ESC, it is a brand new form of motorsport promising an entertaining, fast-paced, yet environmentally-friendly focused proposition for fans, as the world’s first micro-mobility racing series.

While no official first race date has been revealed at present, excitement is building. Below, we round up everything we know so far, including the aim of the series, the format, where the races will be and who will be taking part. We also spoke with Hrag Sarkissian, CEO of the Electric Skootr Championship. 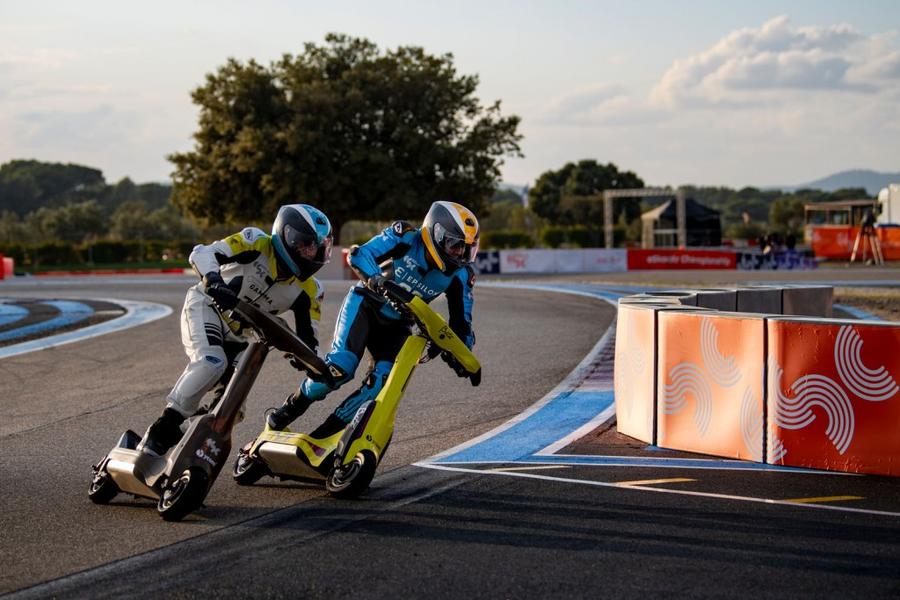 What is the Electric Skootr Championship?

It won’t have escaped your attention that E-scooters are rapidly growing in popularity across the globe as a green mobility option for the masses, albeit with some use restrictions currently in place depending where you live.

The Electric Skootr Championship’s organisers aim to seize on this popularity and create a brand new category of motorsport.

Using specially designed and slightly steroidal e-scooters, the goal is that riders will race shoulder to shoulder in a series of competitions around the world, offering exciting racing to audiences while also promoting the use of sustainable micro-mobility transportation in urban areas.

Sarkissian, CEO of the ESC, told Move Electric: “Most of us here are all from a motorsport or racing background, and we know how motorsport has a history of accelerating the development of all sorts of means of transport. In actual fact covid accelerated the micro-mobility movement and it’s a sector that is here to remain.

“The racing must be fast, dynamic and exciting. It is a sport for everyone,but it will only succeed if it promotes a new movement for safer, sustainable and more liveable cities.” 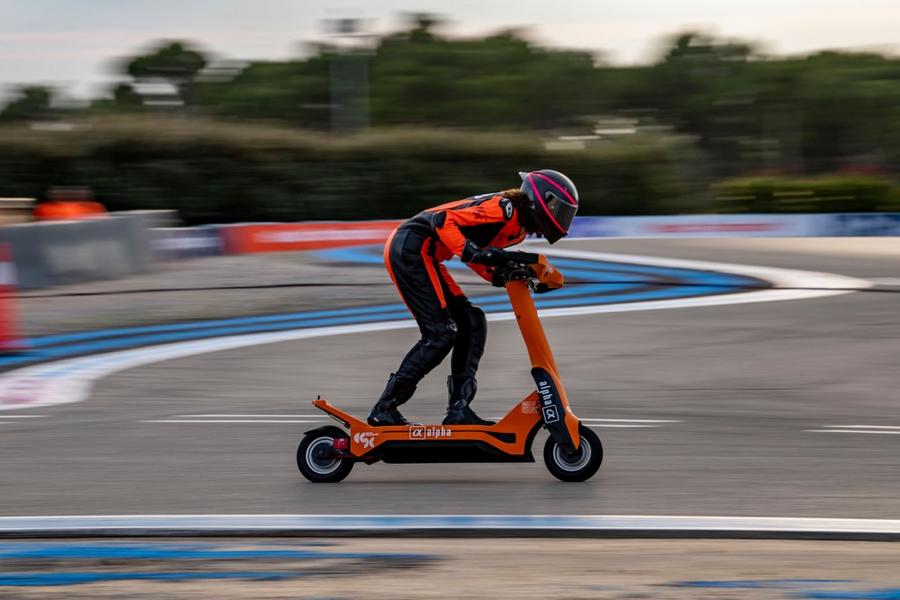 While a calendar of events is yet to be released, it has been confirmed that races will be held across two days, for both individuals and teams.

The plan is that ten teams of three riders each will enter a knockout format, and through a series of heats move through quarter and semi-final knockouts before a grand final. The individual events will follow a similar format.

Points will be given for places, with overall series and team champions being crowned at the end of the season.

The courses will be purpose built and anywhere from 400m to 1km in length. Rather than use existing race venues, organisers hope to build tracks from scratch within accessible inner-city areas around the world.

“We won’t be using existing out of town race tracks,” says Sarkissian. “Our goal is to offer urban motorsport in its natural habitat without causing disruption to a city.” 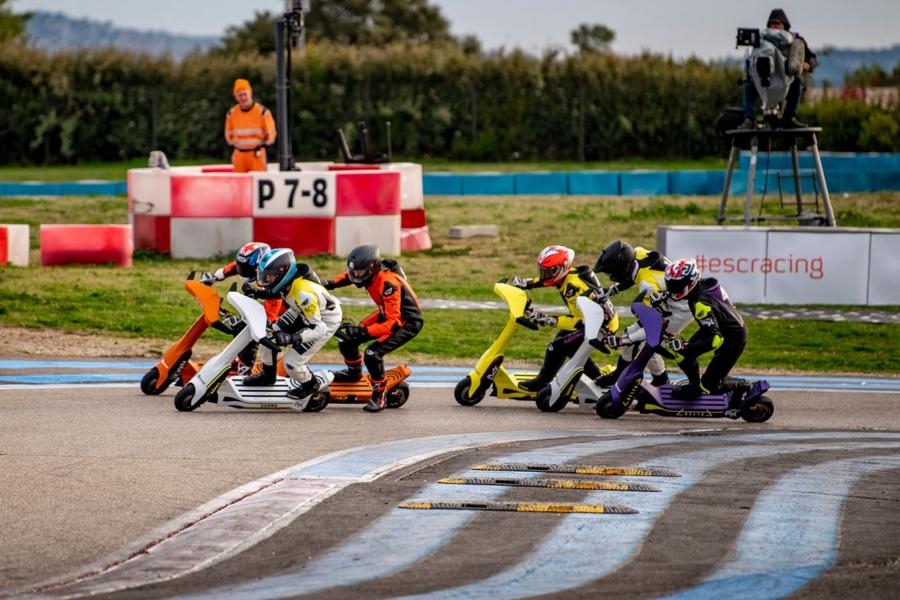 Who will be riding in the Electric Skootr Championship?

For the first two seasons racers will all be professional athletes from other sports, most likely crossing over from other motorsports such as MotoGP or Formula E, or from extreme sports such as BMX or skating.

The theory is that by having athletes already used to high-adrenaline and fast-paced racing it will allow the organisers time to review performance and safety areas first before opening entries up to other participants.

“Testing has shown us that having the crossover of athletes from different racing backgrounds has helped us learn faster,” says Sarkissian. “They all have a number of transferable skills, but also different skill sets. That means a rider coming from motorcycle racing, for instance, is picking up techniques from someone coming in from a snowboarding background and vice versa.”

The events will be gender neutral, with men and women racing together.

A draft for riders will be made in January 2022, with the identities of the first riders being released shortly.

From 2023 a grassroots eco-system will be introduced in order to try and create ‘junior’ categories from which new talent can emerge.

Sarkissian says the intention is for the championship to be one of the most accessible motorsport categories ever created: “‘We want a sport that’s available to a large demographic. If you look at F1 it’s a rich person’s sport, but we want to create a sports that’s accessible and affordable to all.” 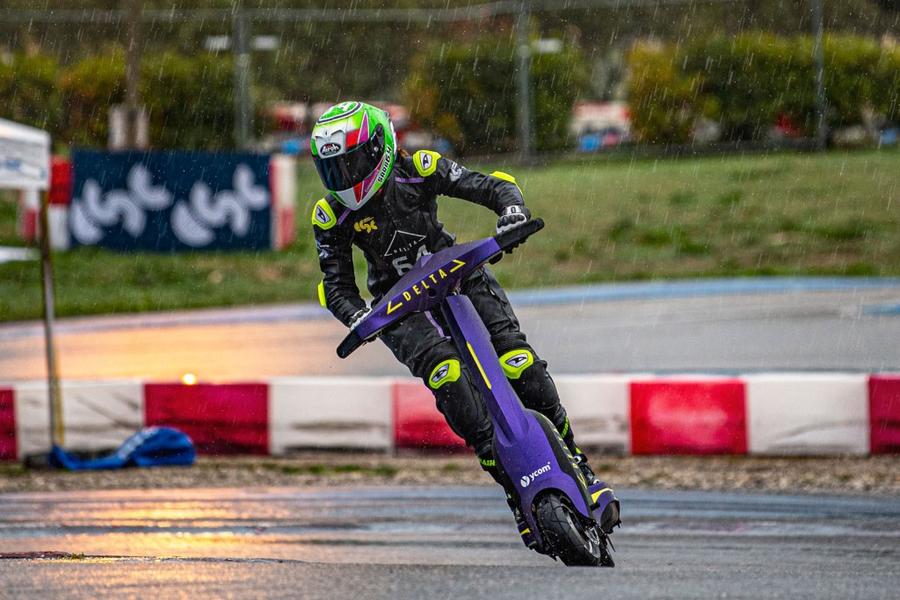 What e-scooters will the Electric Skootr Championship use?

The championship will run to a one-make formula initially, meaning all competitors have the same equipment.

Developed by YCOM and Williams Advanced Engineering – yes, that’s a company affiliated to the Williams that any Formula 1 fans among you will be very familiar with – the e-scooter is called the Eskootr S1-X. Suffice to say it is nothing like the ones you or I can buy.

The Eskootr S1-X is a bespoke design race scooter, manufactured for the series and featuring twin 6kw electric motors, a 1.5kw battery and top speeds of over 100km/h (60mph). It has the ability to corner with lean angles of up to 55 degrees on its 6.5-inch wheels.

The chassis is made from carbonfibre and the minimal bodywork from flax natural fibres, which mean that, at end of its useful life, it can be used to make energy without waste. The batteries and tyres are both recyclable too.

In time Sarkissian thinks teams may be allowed to develop their own scooters.”Initially we want to set the benchmark and calibre for the sport, but over time we will accelerate this to allow teams to develop and drive innovation themselves,” he says. 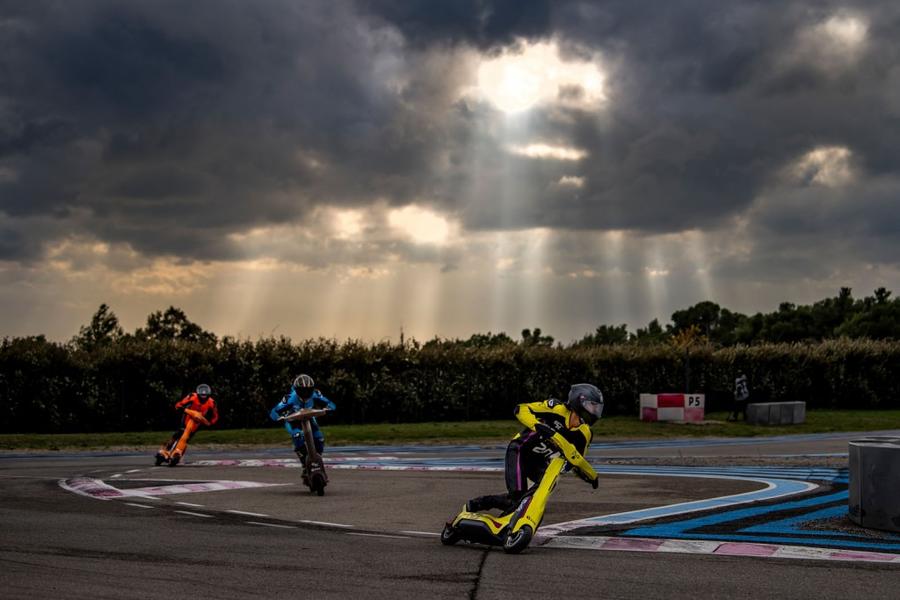 What will an Electric Skootr Championship race weekend look like?

“We want to create an environment where fans and riders come together, to reinvent motorsport for the younger generations,” says Sarkissian.

Meetings will be run over two days, most likely with practice sessions on Friday and the main races on Saturday. Events and workshops promoting e-mobility will be a feature at every event as well as the racing.

Key to this will be showcases highlighting how to use e-scooters safely, with fans getting insights into best practice, safe riding and correct equipment.

Beyond that, expect live music and a fun party atmosphere as the sport looks to hook in a younger demographic than a traditional car or bike race.

When and where will the Electric Skootr Championship start?

In the first season there will be seven events, the locations of which are due to be announced soon.

Although no calendar is confirmed, it is expected to be a global initiative, featuring events in North and South America, Europe and South-East Asia.

Host cities won’t necessarily be national capitals though, with an emphasis being put on running in conurbations that are interested in supporting the promotion of greener transport.

The first race is due to take place in the first quarter of 2022.

For those not able to attend the live event, it’s likely to be available to view both on television and via ESC’s own social and media channels. ​