DS has revealed a dramatically reworked version of its E-Tense concept, heavily uprating the sports coupé’s mechanicals as a statement of intent for the design and capabilities of future production EVs.

The new E-Tense Performance is an evolution of the 402bhp E-Tense shown at the 2016 Geneva motor show and is presented as a “high- performance laboratory”.

Compared with the 2016 car, it packs significantly enhanced performance courtesy of a new twin-motor powertrain engineered by the DS Performance Formula E race team. A 335bhp motor at the front and a 469bhp motor at the rear combine for a total of 805bhp – more than three times the power of a Formula E racer – and 5900lb ft (at the wheel, not the motor’s exit). 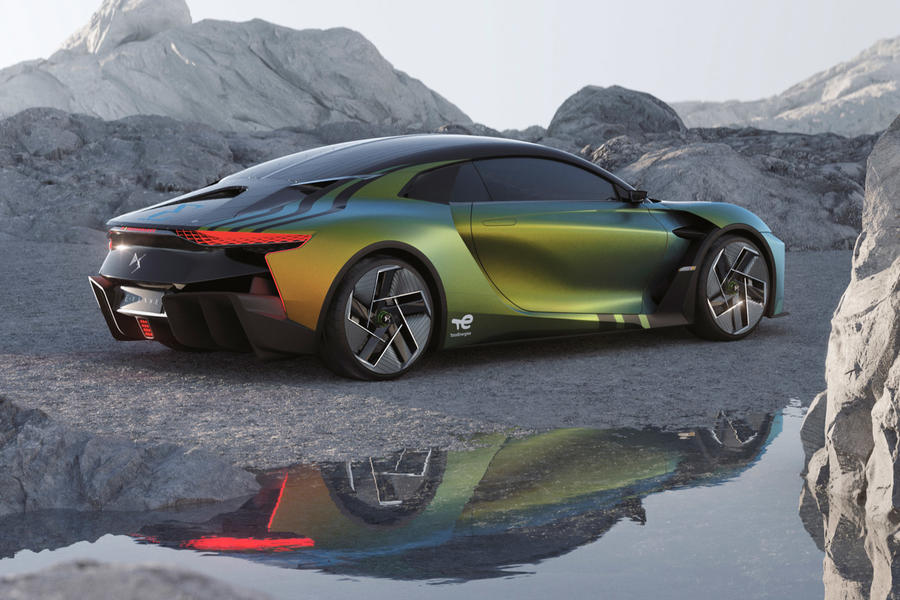 The battery, co-developed with Total Energies, is housed in a carbon-aluminium composite ‘envelope’ at the rear and features a unique chemical make-up and immersive cell- cooling system, which DS said contributes to a maximum discharge rating of 600kW and “enables the exploration of new avenues for future generations of production vehicle”.

The E-Tense Performance hints at the design of DS’s upcoming EVs. At the front, an angular new “surface for expression” replaces the brand’s trademark hexagonal grille, flanked by new-look running lights and a pair of data-collecting cameras.

DS says the cockpit has also “been conceived to gather data”, but the bucket seats and Formula E steering wheel emphasise its sporting intent. DS Performance division boss Thomas Chevaucher said: “The aim is to apply the experience acquired in Formula E and the expertise that we’ve taken from our international titles to a project that predicts the high-performance electric car of tomorrow.”

He didn’t confirm the coupé for production but suggested that it will influence the development of future components used in road cars.