NASCAR has a rich history of athletes from all walks of life getting behind a wheel and tearing up a track, but unfortunately, it hasn’t always been easy for some drivers to make their name in NASCAR specifically. For some, there have been systemic barriers to entry that have taken many decades to start to break down. Creating an institution for all walks of life through NASCAR has taken time. Throughout the story of the sport, though, we’ve been introduced to trailblazers such as Wendell Scott, Janet Guthrie, Sara Christian, Daniel Suárez and, most recently, Bubba Wallace.

Born William Darrel “Bubba” Wallace Jr. on October 8, 1993, in Mobile, Ala., Bubba’s passion for high-octane entertainment didn’t come by accident. Early on in his life, his father, Darrell Wallace, Sr., introduced young Bubba to the world of racing, taking him all over the country to watch racing events. 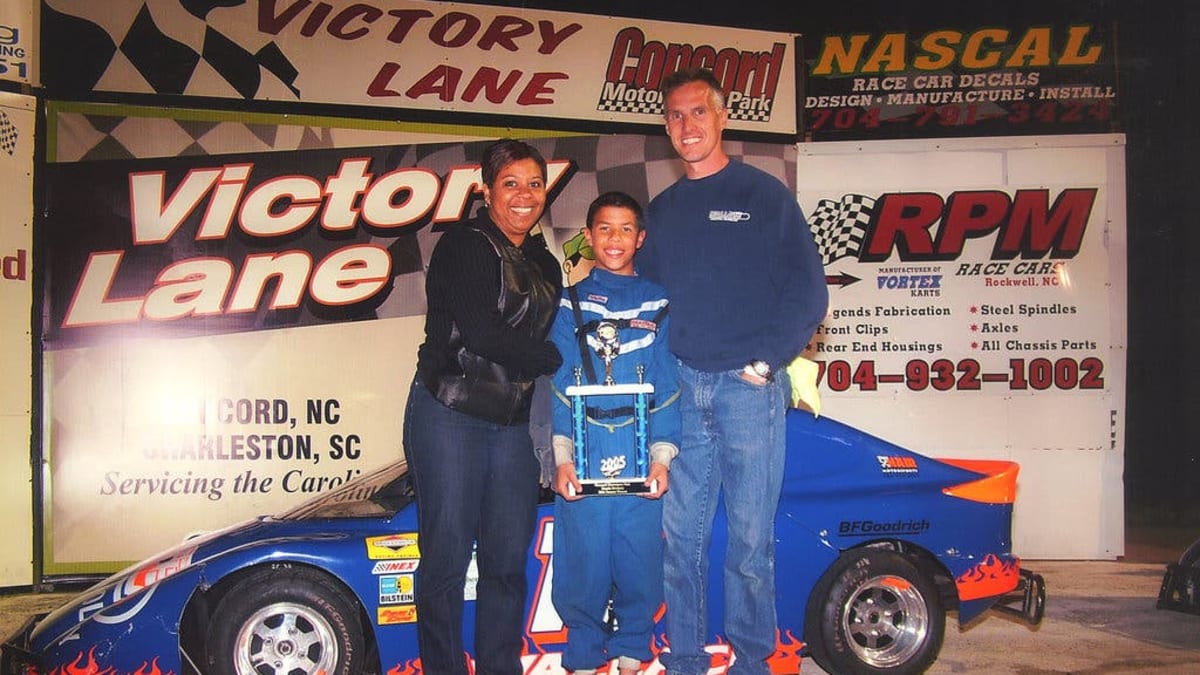 The speed and mesmerizing maneuverability of the drivers on the track gave him dreams of becoming a professional race car driver. At the age of 9, Bubba competed in his first race, a Bandolero event for drivers aged 8 to 11.

In 2004, NASCAR introduced its Drive for Diversity program in an effort to increase the number of BIPOC and women competitors. This opportunity from NASCAR propelled Bubba forward to prove that he could race with the best, and low and behold, he did just that. His determination eventually led Bubba Wallace to win two NASCAR K&N series races, and at the age of 17, he was named 2010 NASCAR K&N Rookie of the Year.

Since 2012, Bubba has won the NASCAR K&N Pro Series East, the NASCAR Gander RV and the Cars Super Late Model Tour series just to name a few. Despite this success, he was still on a mission to prove himself at the highest level of NASCAR; the Cup Series. In 2018, he took a giant step toward that goal when he took second place in the 2018 Daytona 500, unquestionably the most prestigious race in the sport. During his post-race press conference, Bubba embraced his mother in an emotional celebration. 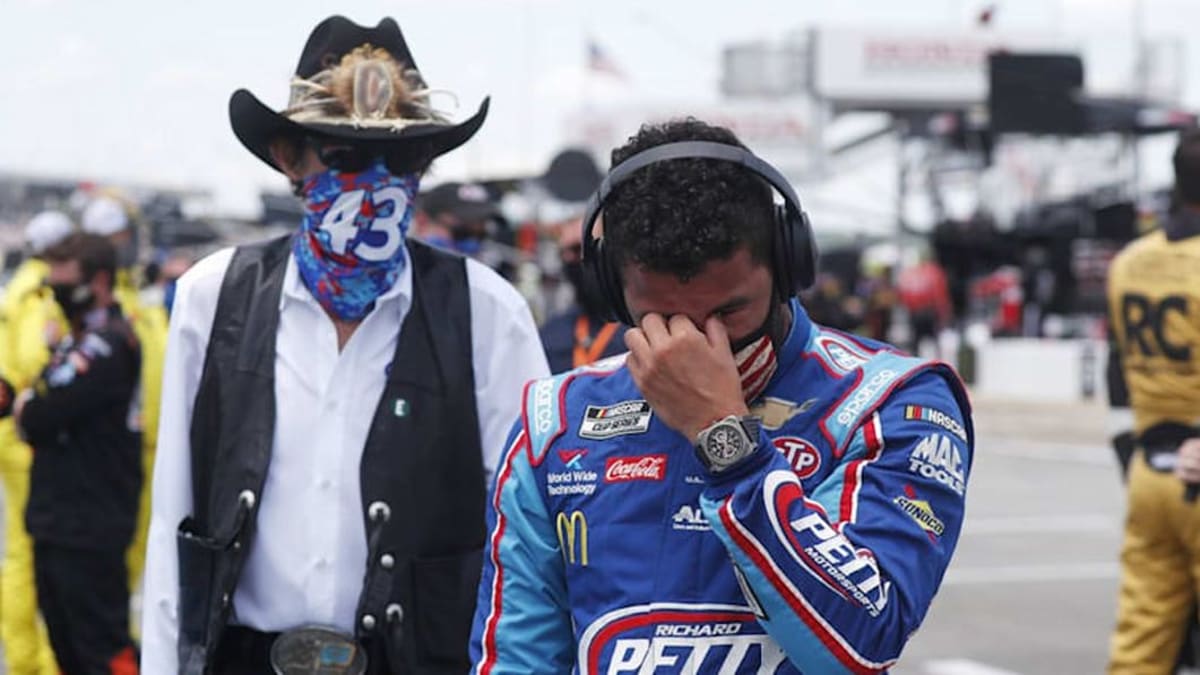 As racial injustice received global attention in 2020, Wallace used his platform to call for the permanent removal of the Confederate flag from all NASCAR races. He was successful, but the move unfortunately resulted in threats and hatred directed toward him. In an emotional display of solidarity, fellow NASCAR drivers and crew members walked behind Bubba in his No. 43 Chevy race car down pit road prior to the Geico 500 at Talladega on June 22, 2020.

In late 2021, Wallace strapped into his new No. 23 Toyota for the 23XI racing team at Talladega. 23XI is owned by NBA legend Michael Jordan and three-time Daytona 500 winner Denny Hamlin. During a tense, crash-heavy race, Bubba held onto the lead for 45 minutes until rain started pouring down, making the track too dangerous to drive. Because of the hazard, NASCAR made the decision to end the race early giving the current track leader, Bubba Wallace, the victory. 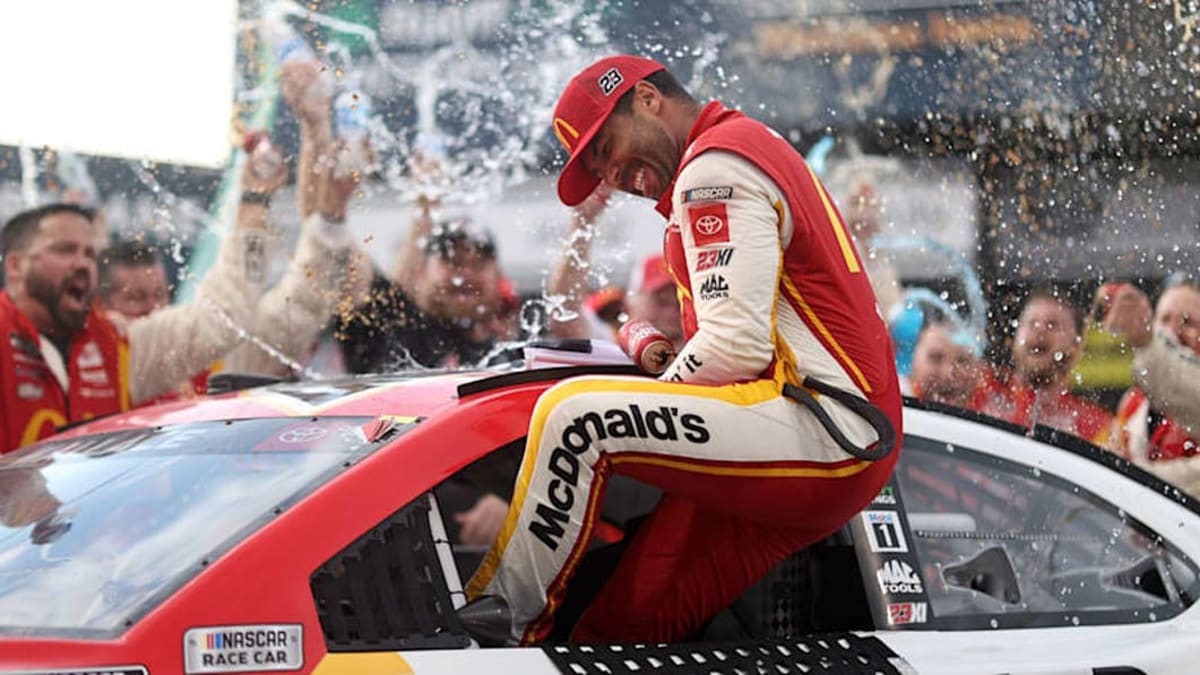 This win put Wallace square in the history books as only the second Black-American driver to win in the NASCAR Cup Series since the legendary Wendell Scott did the same nearly 60 years ago. We suspect that Bubba is just getting started and we’re looking forward to watching his career flourish and his legend grow. He’s already off to a good start in the 2022 season with a second-place finish at the Daytona 500, barely behind the winner.

Recently, a 6-part docuseries on the driver’s life has released on Netflix. The show will tell the story of his life and his rise to the elite levels of NASCAR as the only current full-time Black driver. Here is a trailer of Race: Bubba Wallace.