The internet is full of lists, some good and some bad. Those looking for information on the best cars to buy for their teenage drivers have any number of reputable sources that offer solid recommendations. Instead of parroting those well-thought-out lists, we decided to rely on the advice of the Insurance Institute for Highway Safety, an organization that specializes in crash-testing vehicles and reporting the results to American consumers.

The IIHS partnered up with Consumer Reports to publish a list of vehicles that are expected to be both reliable and safe, earning good ratings in its own moderate overlap front, side, roof strength and head restraint tests, and a good or acceptable rating in the driver-side small overlap front test. They also cross-referenced their picks with crash-test data from the National Highway Traffic Safety Administration to ensure any recommended vehicles received either four- or five-star results from the federal safety agency.

Armed with that data, we break down some of our own suggestions based on what’s important to parents and/or their kids. After all, with 45 vehicles in every size and shape making the list from the IIHS, we figure some parents may want to narrow down the field a bit. Without further ado, here are our suggestions for the best cars for teens available for a reasonable $20,000 budget. 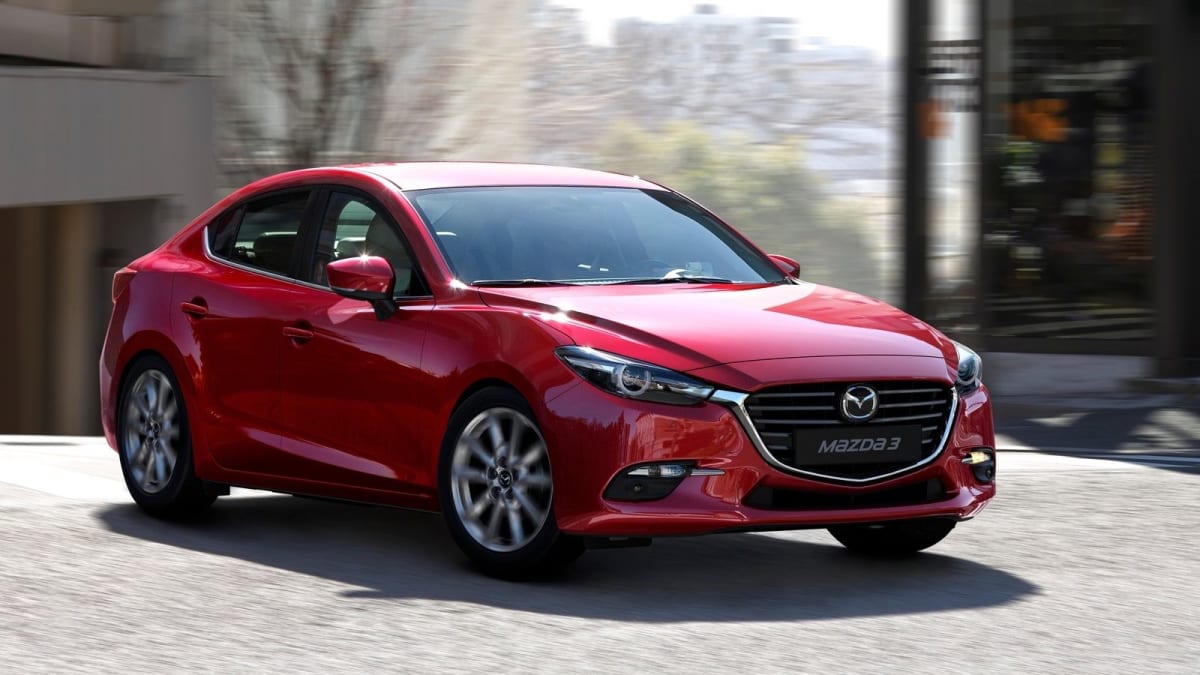 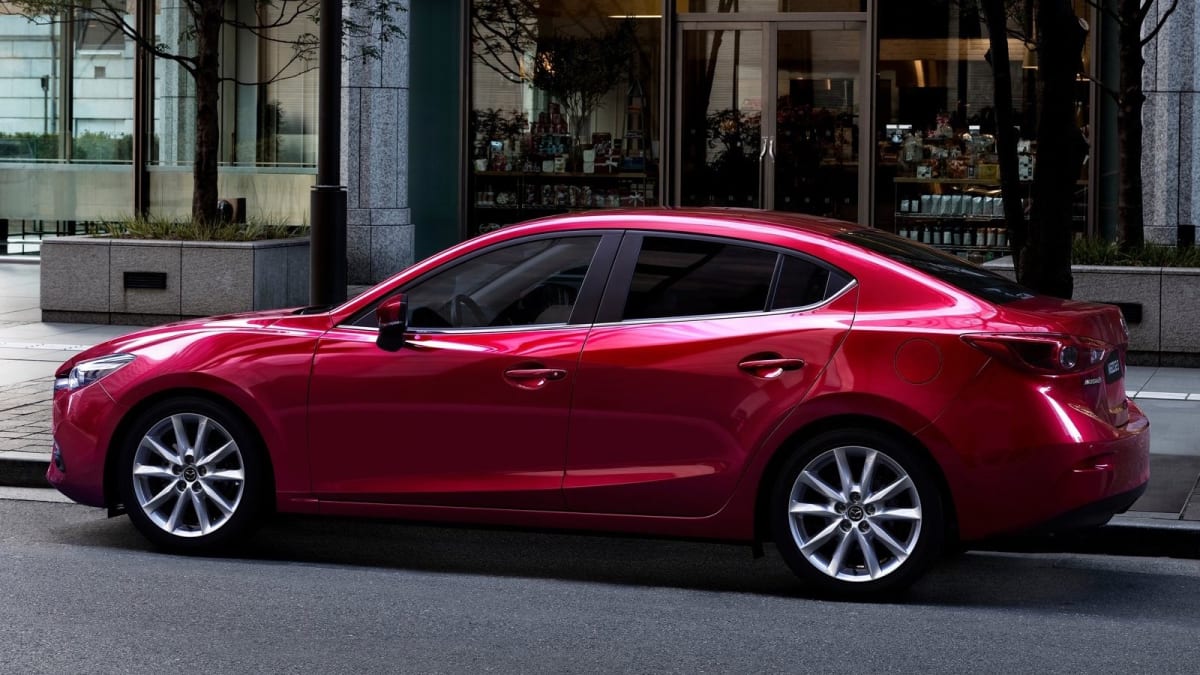 Lots of lists for the best cars for teens will focus in on the Toyota Corolla, and for good reason. It’s been one of the most reliable vehicles ever sold in America for decades, it’s reasonably affordable, and there’s bound to be dozens of them on used car lots within a few miles of anyone’s home. But let’s say you’re an automotive enthusiast who believes the apple doesn’t land far from the tree. If you like to drive and think your kid will follow in your footsteps, consider a Mazda3 instead. It’s a lot more fun to drive than a Corolla or even most Honda Civics, with communicative steering and a ride/handling balance that leans to the sporty side.

In order to get the most safety equipment and best styling, we’d suggest aiming for a 2017 or 2018 model if you can find one in your price range.

Find a Mazda3 for sale near you 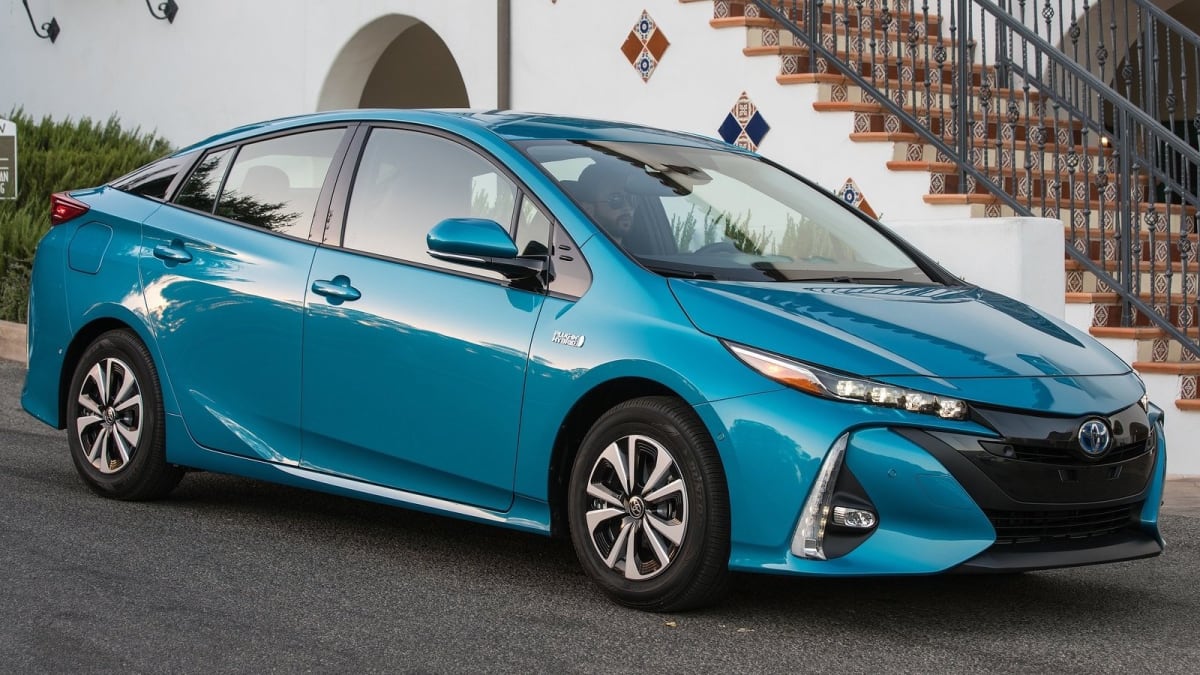 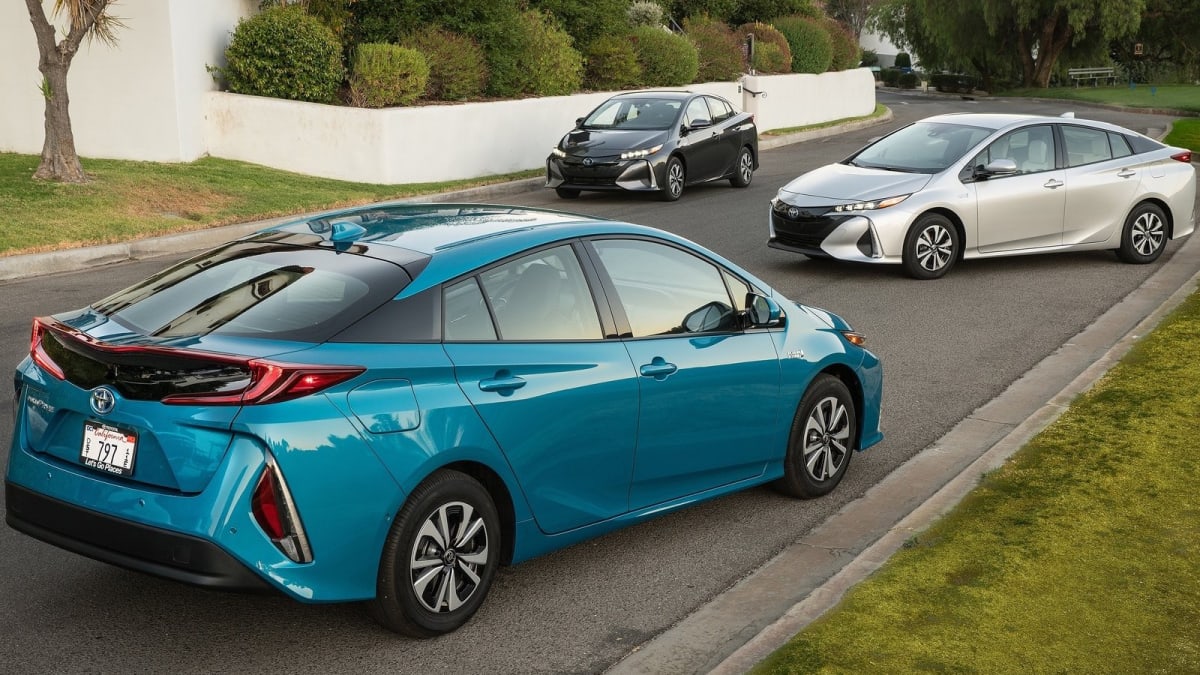 We’re going to level with you. The Prius is ugly. And unless your version of joy means driving so as to minimize fuel use, it’s not very fun, either. We’d rather drive a Chevy Volt. But the Toyota Prius is indeed efficient. So if your teen’s version of joy does indeed mean driving so as to minimize fuel use — and there’s absolutely nothing wrong with that — then consider the Prius as fun as it gets.

You’ll notice that there aren’t any pure electric vehicles to be found on this list. But the 2017-2019 Toyota Prius Prime does have a plug, which means it has a battery pack sufficient to power the vehicle for at least some pure electric driving; expect somewhere near 25 miles per full recharge before the gasoline engine is forced to ignite.

Find a Toyota Prius Prime for sale near you 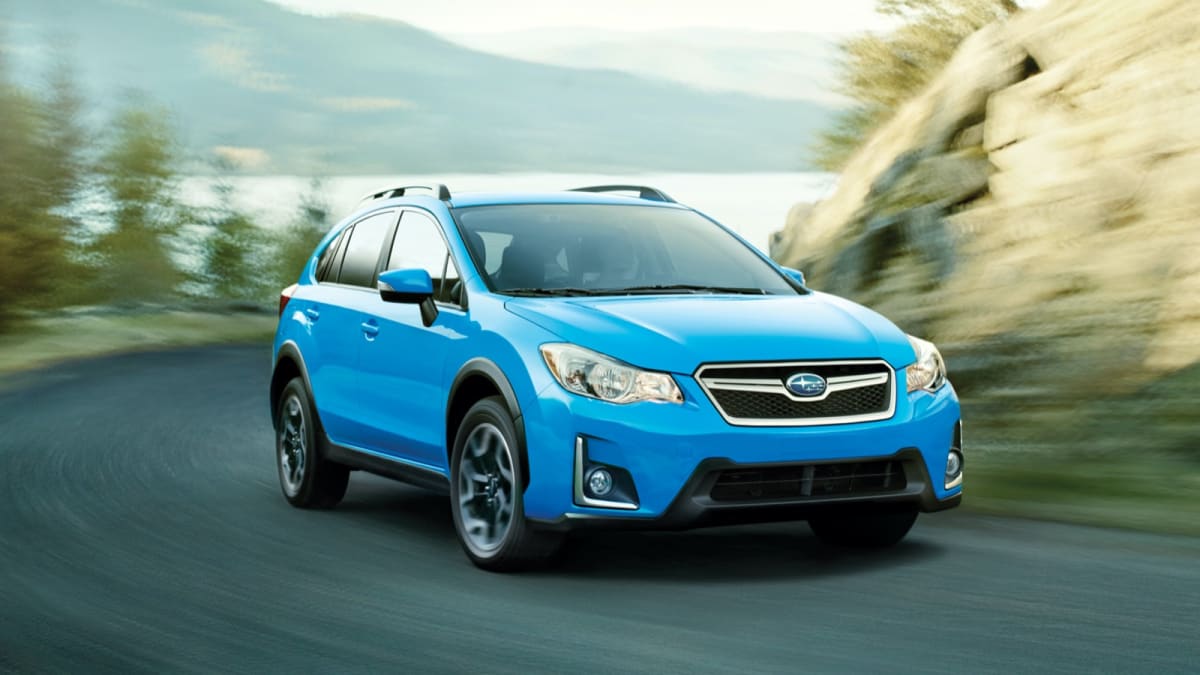 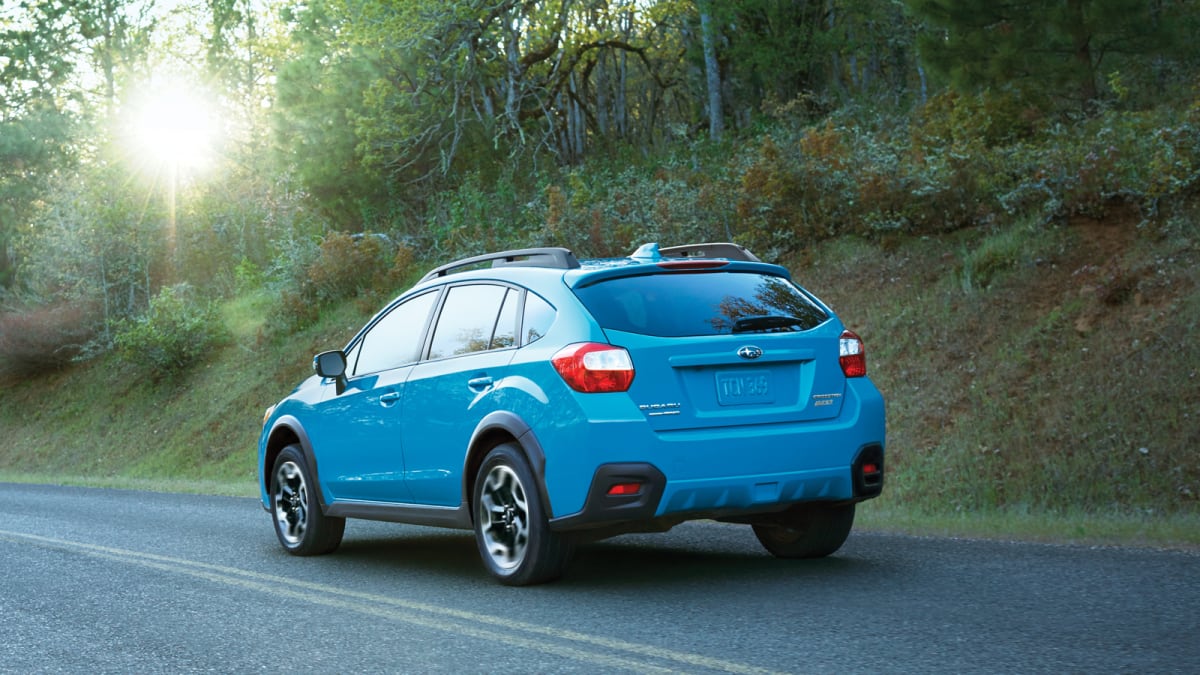 If you live in the snowbelt or some other area that regularly deals with inclement weather or muddy conditions, the Subaru Crosstrek may be a good bet for your teen driver. It comes standard with Subaru’s well-regarded Symmetrical All-Wheel Drive technology, it boasts excellent ground clearance and offers good visibility. It’s not as efficient as some of its competitors, however, which means its dirty-duty capabilities don’t come without some sacrifice.

The Crosstrek was redesigned for the 2018 model year with an all-new chassis, more safety tech and a nicer interior. We’d aim for that year or newer, but the 2013-2017 models are also solid choices.

Find a Subaru Crosstrek for sale near you 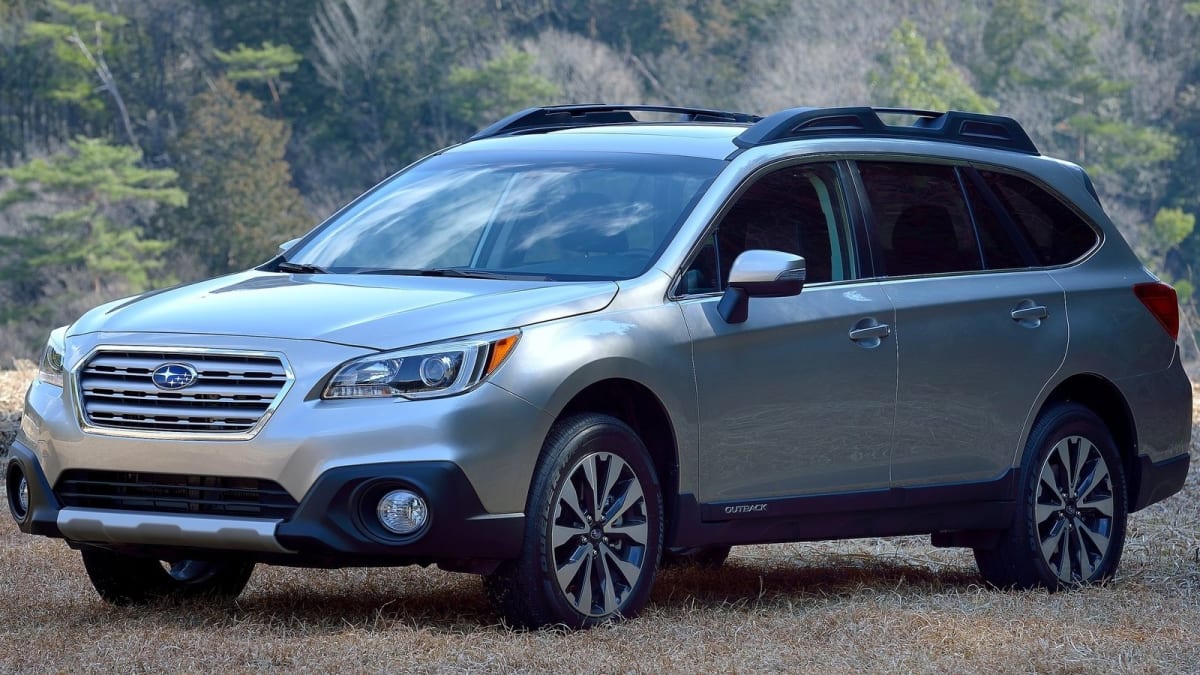 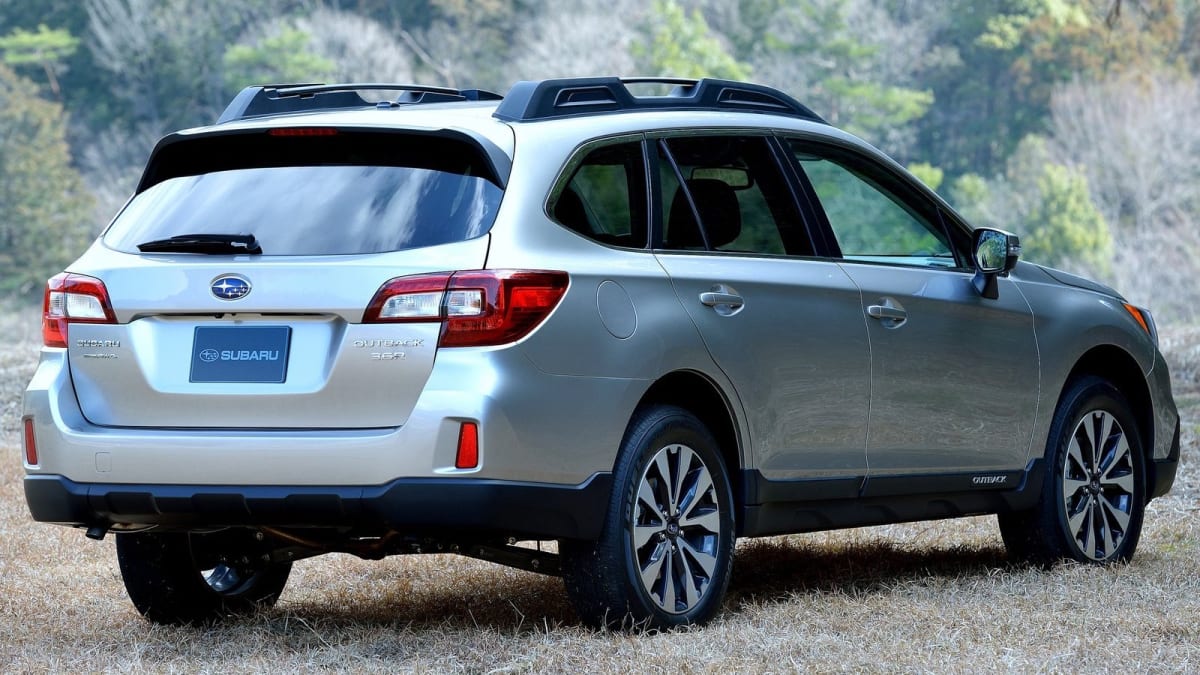 If everything we said about the Subaru Crosstrek applies to your teen driver, but they need or want something one size larger, consider the Outback. Subaru’s long-running and much-loved lifted all-wheel-drive wagon received a major update and an all-new stiffer chassis for the 2014 model year, and that’s where we’d start our search.

Unlike the smaller cars on this list, the Subaru Outback is offered with a range of engine options. The base 2.5-liter four-cylinder is likely plenty powerful enough for new drivers, though its continuously variable automatic transmission does drone under steady acceleration. A 3.6-liter six-cylinder engine is also available.

Find a Subaru Outback for sale near you 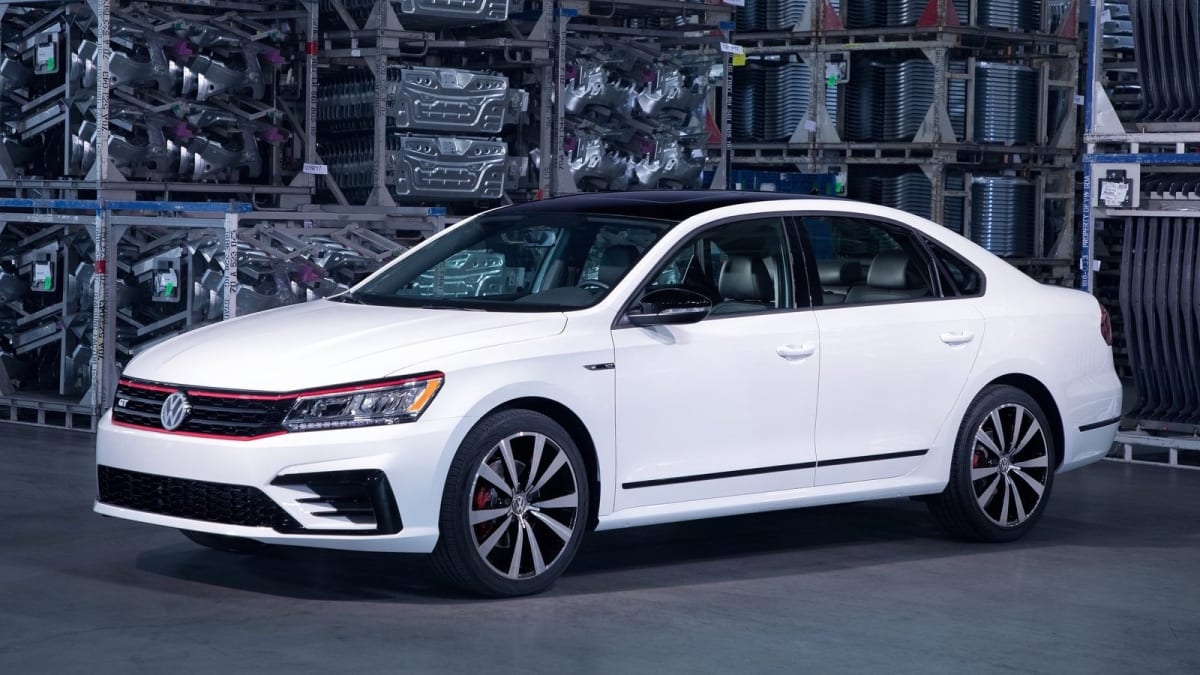 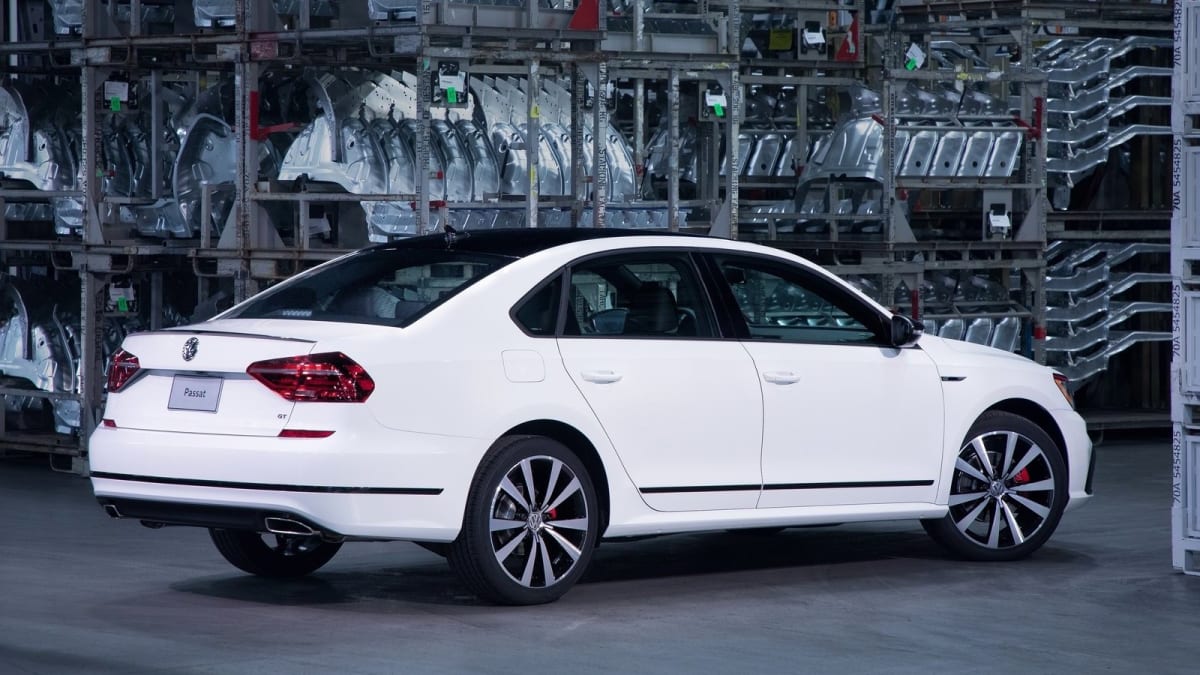 The Volkswagen Passat offers one of the roomiest interiors of any sedan in America. In fact, the Passat straddles the line between midsize and fullsize, with a rear seat that compares favorably with a lot of cars that have much more sizable exterior dimensions.

If you decide the Passat is the right choice for your teen driver, we’d recommend looking for a 2018 or 2019 model with the 2.0-liter turbocharged four-cylinder engine and six-speed automatic transmission. Older versions of the engine, shared between VW and Audi, had problems that were addressed in the third generation of the engine found in these Passat models.

Find a Volkswagen Passat for sale near you 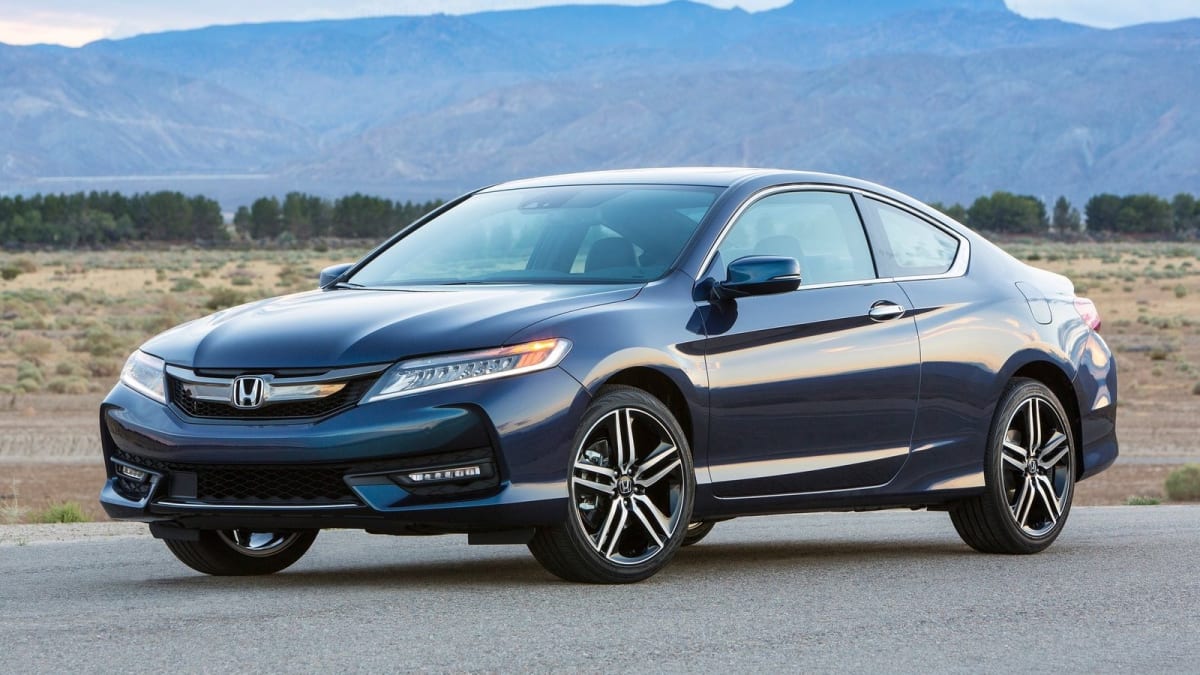 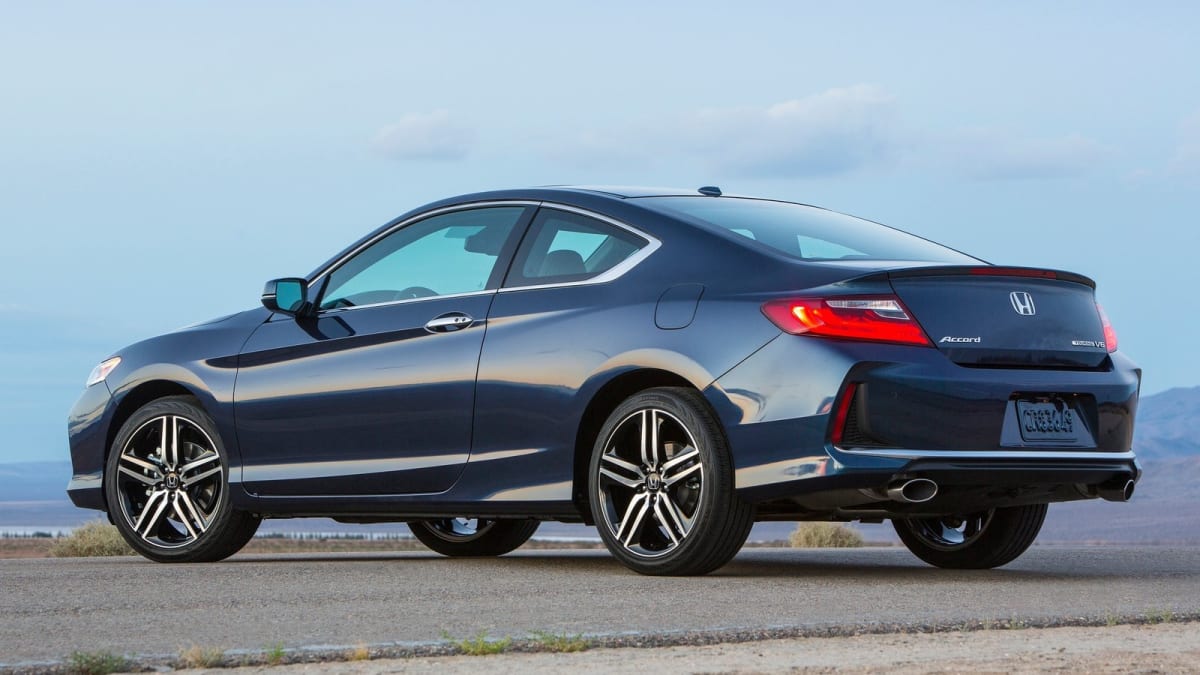 It seems no recommended car list is complete without a Honda Accord. It’s easy to understand why. It’s one of America’s best-selling sedans for good reason; reliability, resale value, safety, technology and driving dynamics are all points in the Accord’s favor.

It’s almost hard to go wrong with an Accord, but we’re specifically recommending the 2016 and 2017 model years. The ninth generation of Honda’s midsize sedan got a slight restyling for 2016 before its replacement came in 2018, and received Apple CarPlay and Android Auto for its in-car infotainment system. It’s also available in both coupe and sedan body styles, making it the only two-door model to make the list.

Find a Honda Accord for sale near you 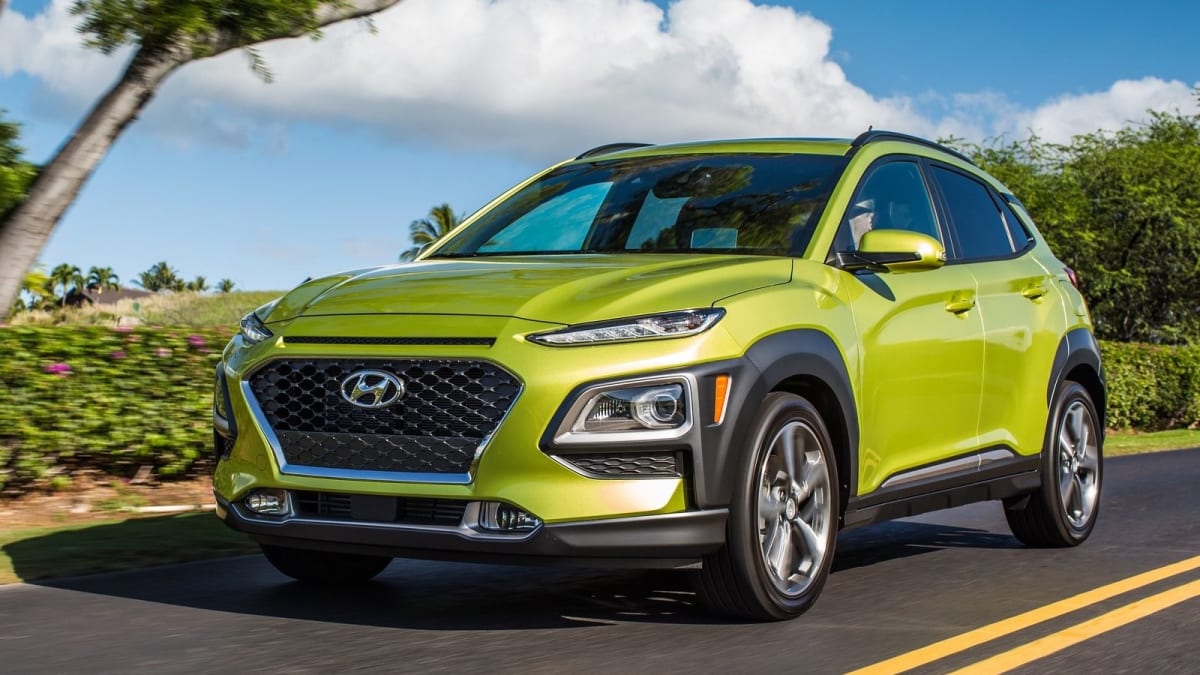 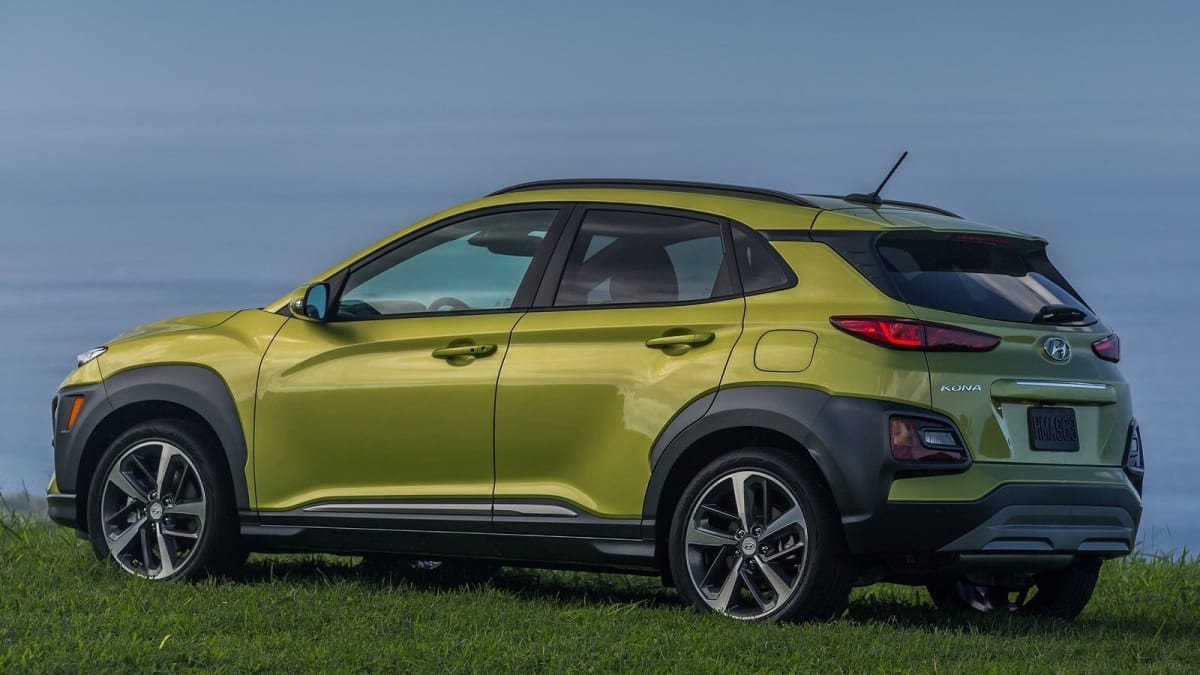 Sedans and hatchbacks make great cars for teens due to their easy maneuverability, efficient powertrains and affordable prices. But in America, the crossover is king, and if that’s what you’re in the market for, your teen driver may enjoy the Hyundai Kona.

The Kona is offered with two engine options, the better of which is turbocharged and plenty powerful. All-wheel drive is an option and may be desirable to some owners who live in areas with inclement weather. Unlike many other vehicles sold in America, the Kona offers a lot of unique style and fun colors, both things that could appeal to a teen.

Find a Hyundai Kona for sale near you 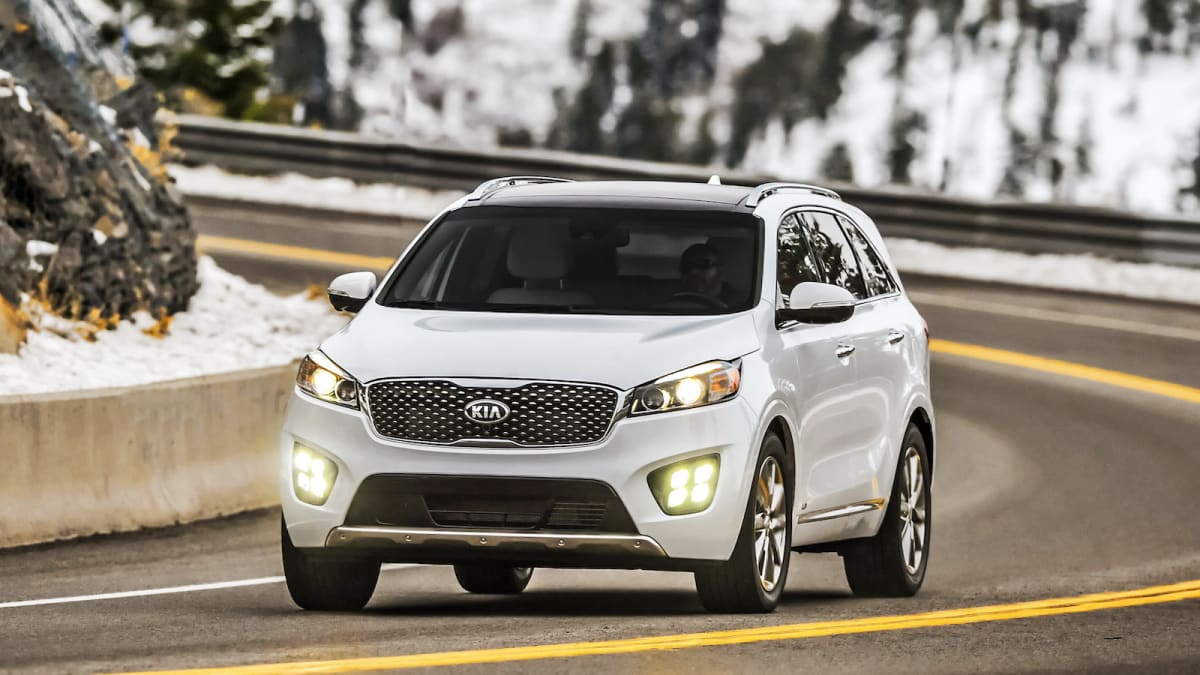 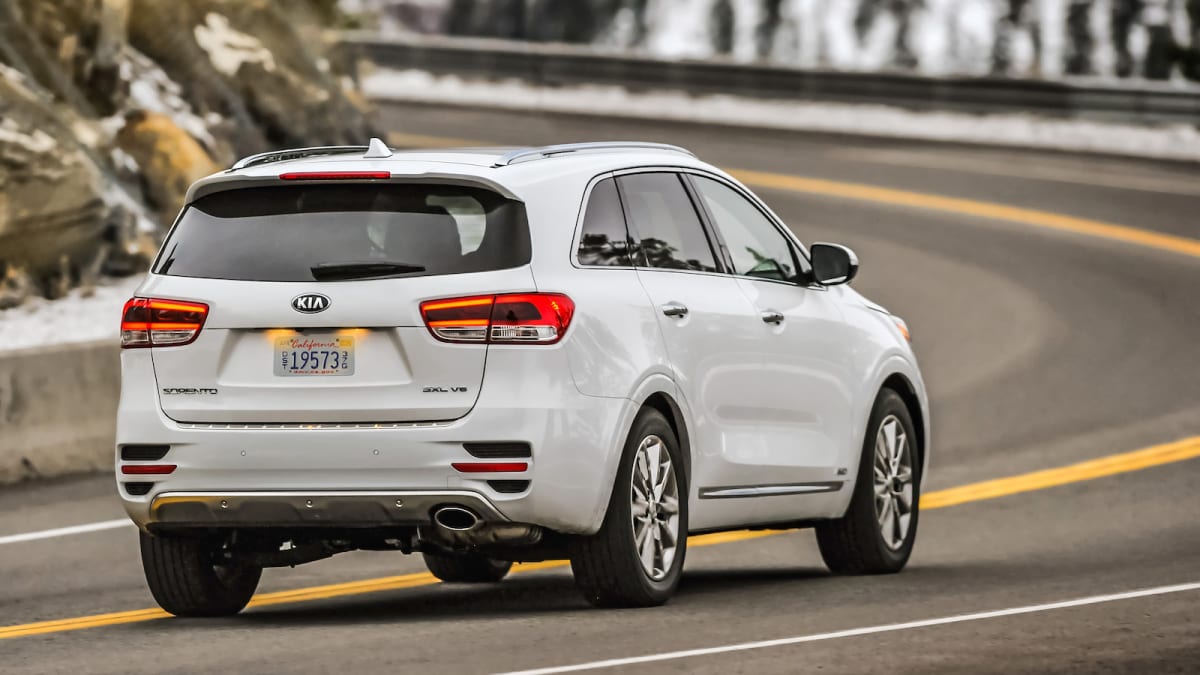 The Kia Sorento offers more utility than some smaller popular crossovers due to its available third row seat and generous cargo capacity. But it’s not so big that it’s as unwieldy like a truck-based SUV may be, particularly in tight city parking spaces. As an in-betweener, the Kia Sorento may make a lot of sense for teen drivers.

The Kia Sorento we’re recommending is from the 2016-2020 model years. The IIHS points toward the 2017 and 2018 editions, which are quite nice. A refresh in 2019 makes those even more desirable if you can find a good one in your price range.

Find a Kia Sorento for sale near you 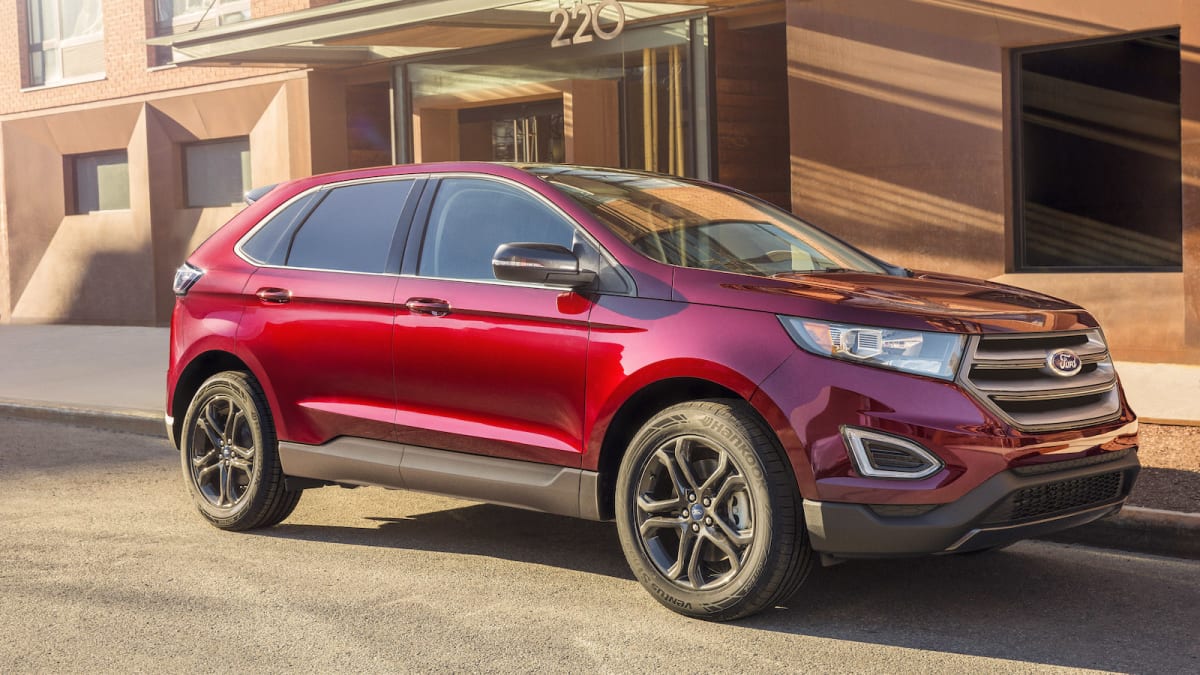 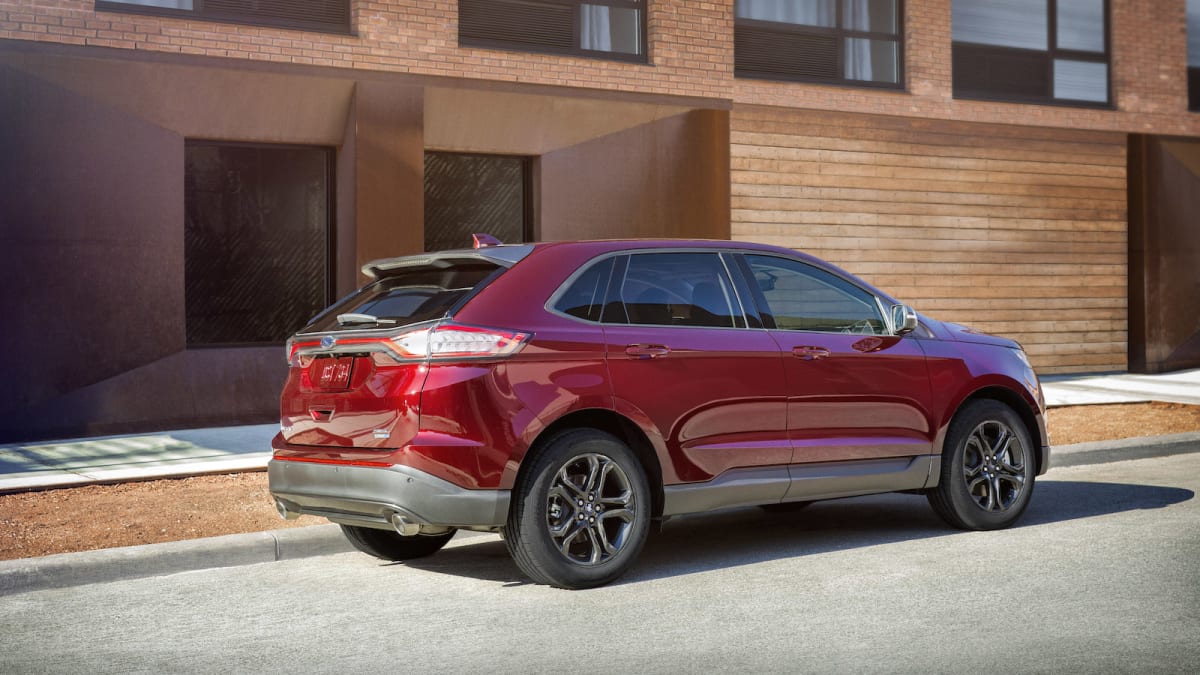 We’ve made quite a few recommendations up to this point, but you may have noticed they all come from foreign automakers. That’s probably not a problem for most buyers — incidentally, many of the recommended vehicles with foreign nameplates are in fact build in America — but if you’re tied to American automakers, consider the Ford Edge. It is stylishly sporty, reasonably roomy and plentiful on the used market.

The Edge began its second generation for the 2015 model year before receiving a refresh for 2019. It’s not likely you’ll find one quite that new in the under-$20,000 budget, but the 2018 edition is worth a look. Both the turbocharged four-cylinder and naturally aspirated V6 options are powerful enough, and all-wheel drive is optional.

Find a Ford Edge for sale near you

Looking for buying advice on other reasonably priced vehicles? Best New Cars Under $20,000