The Kia Telluride isn’t on sale in the UK. Too big, apparently, and the Kia Sorento does a similar job. Kia is probably right in that regard; history tells us that once SUVs (or in the past, saloons) get above the Telluride’s five metres of length, they need a premium badge to succeed.

Which is a shame, as the Telluride is another new-age Kia that shows (fires up cliché machine) just how much progress the company continues to make in creating cars that look great, drive well and retain a close-to-if-not market-leading value for money and ownership proposition.

The Telluride, to recap, is Kia’s range-topping SUV that’s been on sale in the US for a couple of years now. It was good enough to be named World Car of the Year even in 2020, and one of the big magazines out in the US gave the car its SUV of the year title at a similar time.

On a recent trip to the Los Angeles motor show, a Telluride was my transport for the week. It puts a smile on your face to look at, and the chunky, fun styling gives the car real presence and makes a statement without doing anything silly like putting one of those big, ugly new BMW front ends on it. You get the impression that it won’t age all that much either, and will look as good in five years as it does today. 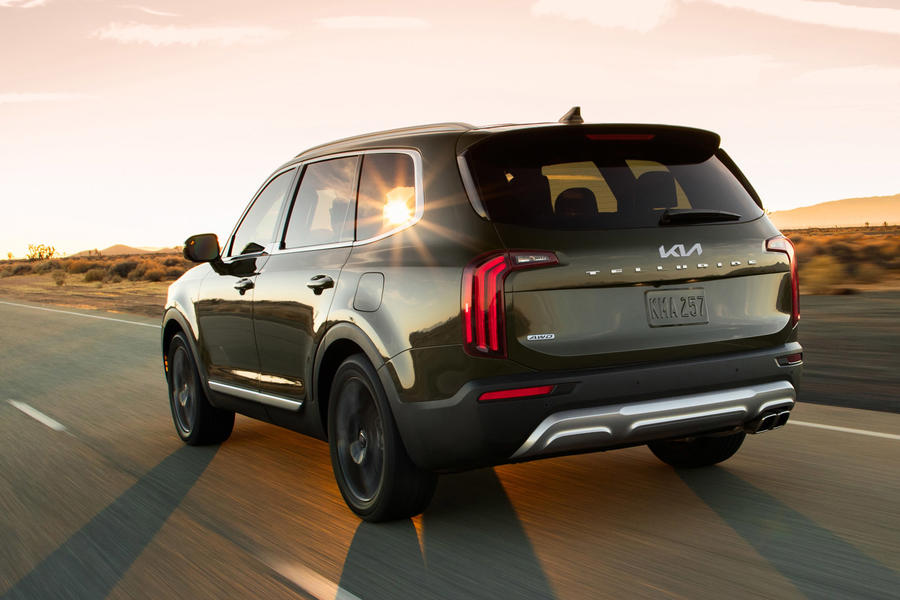 Much of the cabin is familiar from current-generation Kias over here, albeit there is just more space. The big V6 petrol engine and automatic gearbox are about as US-focused as they came, easy-going progress the order of the day. The driving dynamics fulfil a similar brief, and quality and general touch and feel of everything you interact with belies the car’s $32,790 (£24,800) starting price.

It’s a hell of a lot of car for the money, and the car that has surprised me most to drive this year and left far more of a lasting impression than I thought it would have done.

You see plenty on the roads in the US, where buyers are always more open to trying ‘new’ brands, unlike in the UK car parc where German premium brands reign supreme.

Yet there is hope of a Telluride for the UK. Or rather a car along similar lines. At the LA show, Kia unveiled the EV9 concept car, an electric SUV of a similar size and style to the Telluride that will be launched in the UK when the production version follows in a couple of years. I’ll be first in the queue to try one.