Alaska transportation officials are surveying the public for the second time as the state prepares to spend federal infrastructure investment funds in the largest transformational projects since World War II and the Trans-Atlantic Pipeline.

Improving freight movements, especially to rural communities, was among top public concerns raised in a November survey by the state Department of Transportation & Public Facilities, which oversees 237 airports, 10 ferries serving 33 communities along 3,500 marine miles and 5,600 miles of highway.

According to DOT&PF, Alaska has a long supply chain. Most exports are transported over long distances to other states or overseas, while the majority of products consumed in the state are imported. Freight demand is served by multiple transportation modes: road, air, water, rail and pipeline.

More than 1,700 responses and 3,000 comments were made by the public in four questions asking which modes of transportation were used most frequently and top improvements areas. Respondents ranked the most to least frequent types of travel: highways, nonmotorized (such as biking), aviation, marine or riverine (boat), public transport and rail.

When the Infrastructure Investment and Jobs Act (IIJA) was signed in November, DOT&PF Commissioner Ryan Anderson said the influx of federal money “will shape Alaska’s infrastructure for years to come — much like the infrastructure development we saw in WWII or during the pipeline. It’s a historic opportunity to increase safety, and build a more efficient and equitable transportation network.”

It’s a historic opportunity to increase safety, and build a more efficient and equitable transportation network.

DOT&PF Communications Director Shannon McCarthy told Transport Topics that when the communications staff asked about surveying people regarding the infrastructure bill, Anderson supported the idea because he favors “opportunities for the public, business and industry to interact with the department.” 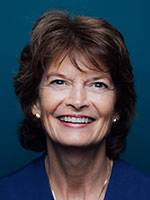 U.S. Sen. Lisa Murkowski issued an “Alaska Highlights” fact sheet for the IIJA, noting that over five years, Alaska will receive $3.5 billion in highway funding to construct, rebuild and maintain its roads and highways as well as $362 million for a mix of transit formula grants.

Host Michael Freeze speaks with TMC Chairman Randy Obermeyer and Brenda Neville of the Iowa Motor Truck Association about how to recruit young drivers and technicians.  Hear a snippet above, and get the full program by going to RoadSigns.TTNews.com.

While the first survey was to start a public conversation, McCarthy said the ongoing survey (ending April 8) is to have the public provide specifics on problems and suggest improvements and possible projects, particularly with an interactive map.

“We wanted to use a map so the public could literally drop a pin and point out a spot for us to consider,” she added.

Alaskans are being asked which transportation type they want to comment about: roads and highways, aviation system and airports, nonmotorized infrastructure or marine highway and infrastructure. Depending on their choice, different questions appear.

If roads and highways are selected, they are asked various questions about safety issues concerning congestion, infrastructure and even conflicts with moose.

“Public feedback is such an important part of developing a transportation network that serves the community well,” McCarthy noted. “We’ve received a lot of positive feedback from Alaskans about the surveys. People like to be asked, particularly when it comes to making significant government investment in roads, bridges, highways and airports.”

While public input is important, McCarthy noted DOT&PF also will decide what projects to take on based on other considerations including the environment, constructability, traffic volumes and types of vehicles.