1916 Traub: The Mystery Surrounding the Rarest Motorcycle in the World Somebody Give Baker Street a Buzz

The world’s rarest motorcycle isn’t just a ‘one-of-a-kind’ custom deal tinkered with love by a backstage mastermind sporting years of experience on the docket (though we dearly love those).

Think more along the lines of a ‘one of one’ invention – and to this day, nobody knows the exact history of the machine.

Let’s get into it. 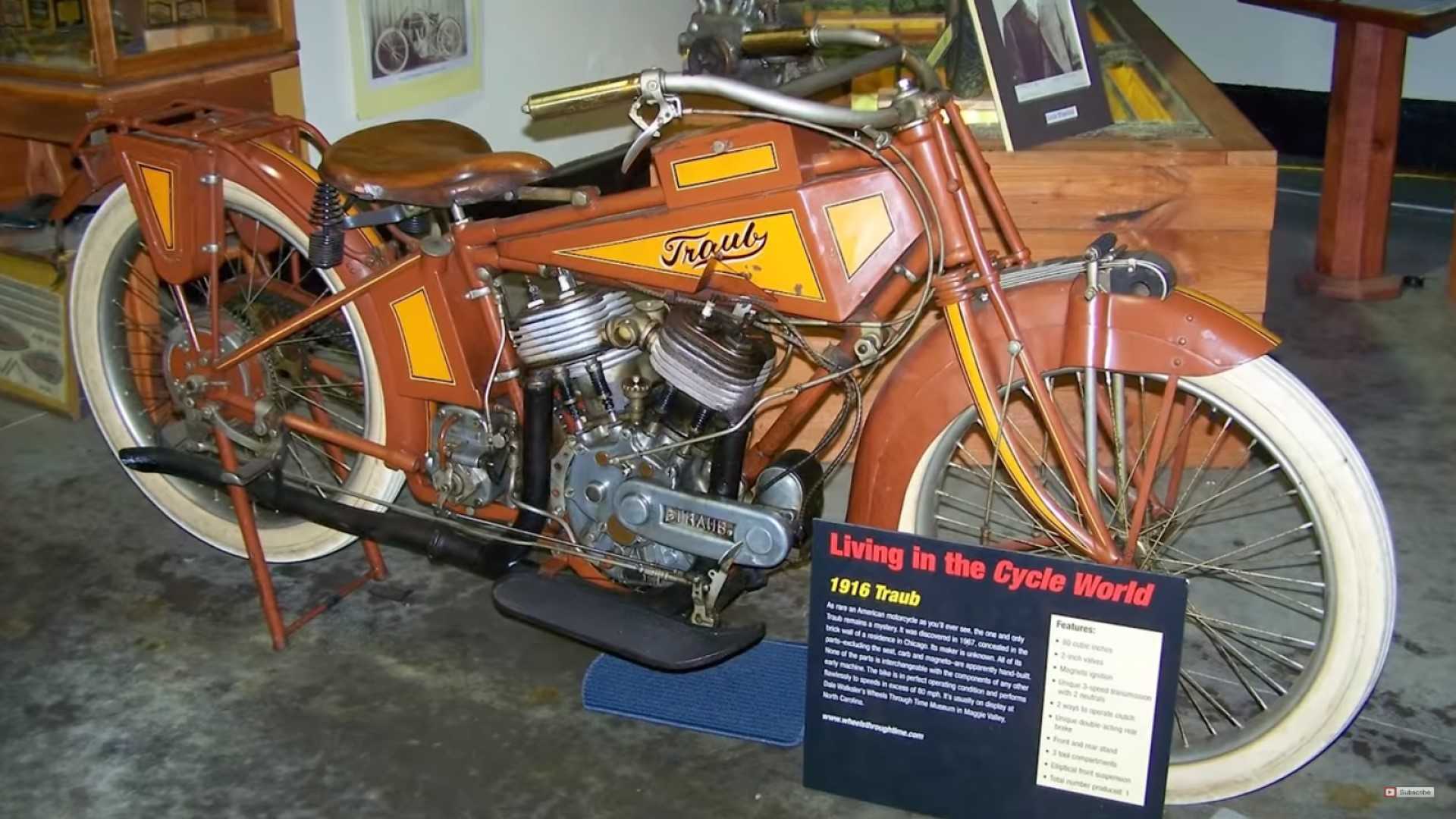 The Traub is a beautiful handmade machine estimated to be created in 1916. Found in 1968 “hidden in a bricked-up wall in a Chicago suburb,” the machine was later estimated given the age of the “Schebler carburetor, Bosch magneto, Troxel Jumbo seat and period wheel rims.”

Apart from those, though, the bike is a mystery.  We apparently have no records of a motorcycle brand with such a name anywhere…certainly nothing so carefully tailored to such a specific standard. 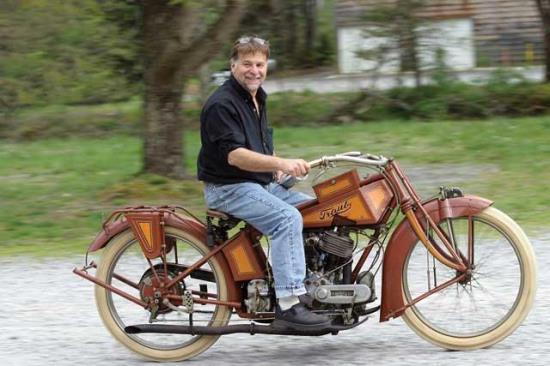 The unique rear brake system shows “a dual-acting system with a single cam responsible for pushing an internal set of expanding shoes, while pulling an external set of contracting shoes. As far as Dale knows, this single-cam/twin-brake system has never been used on any other American motorcycle,” according to MotorcycleClassics.

There is also a hand lever next to the gas tank, “operating what could have been the first three-speed gearbox on an American motorcycle.” 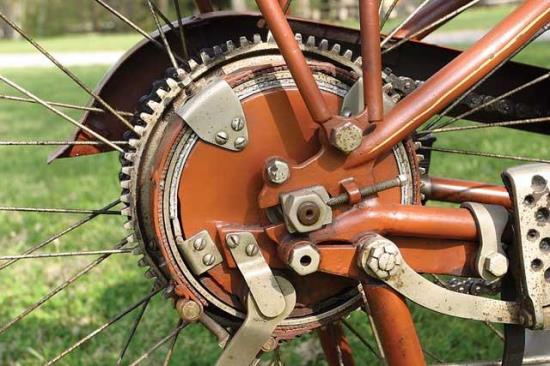 “Everything inside the engine is just magnificent,” enthuses its current owner and curator of The Wheels Through Time Museum, Dale Walksler.

“The pistons are handmade, and they have gap-less cast iron rings. The engineering and machining are simply years ahead of their time.” 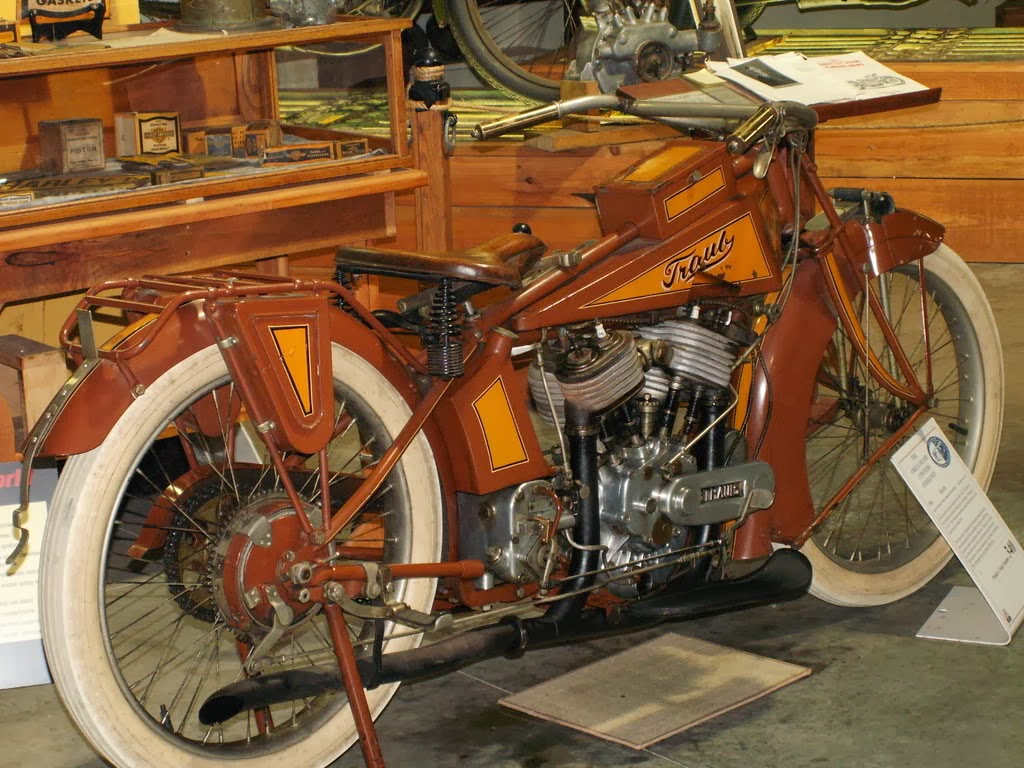 “Comprised of a sand-cast, hand-built, 80 cubic-inch ‘side-valve’ engine, the machine has the ability to reach speeds in excess of 85mph (136km/h) with ease,” Dave continues via MotorBikeWriter.

“It’s my opinion that The Traub was an attempt at a new breed of motorcycle. But how on earth could a machine have been produced in such great form, with capabilities that far exceed that of any comparable machine, without the knowledge of the rest of the motorcycle industry during that time?” 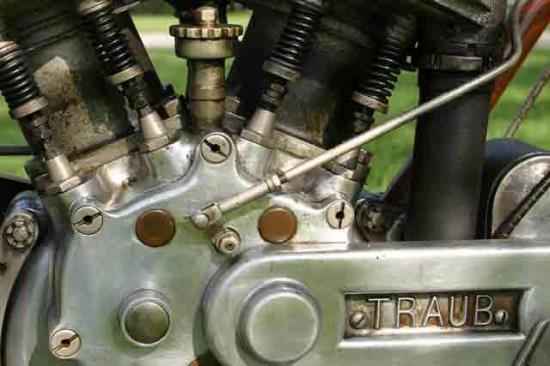 While there are many bikes out there in the industry that sport a few mysteries, this one still, surprisingly, hasn’t been solved.

“While we may never know why the machine was placed behind that wall, we do hope to one day find out more about its history and the genius that created it.” finishes Dale. 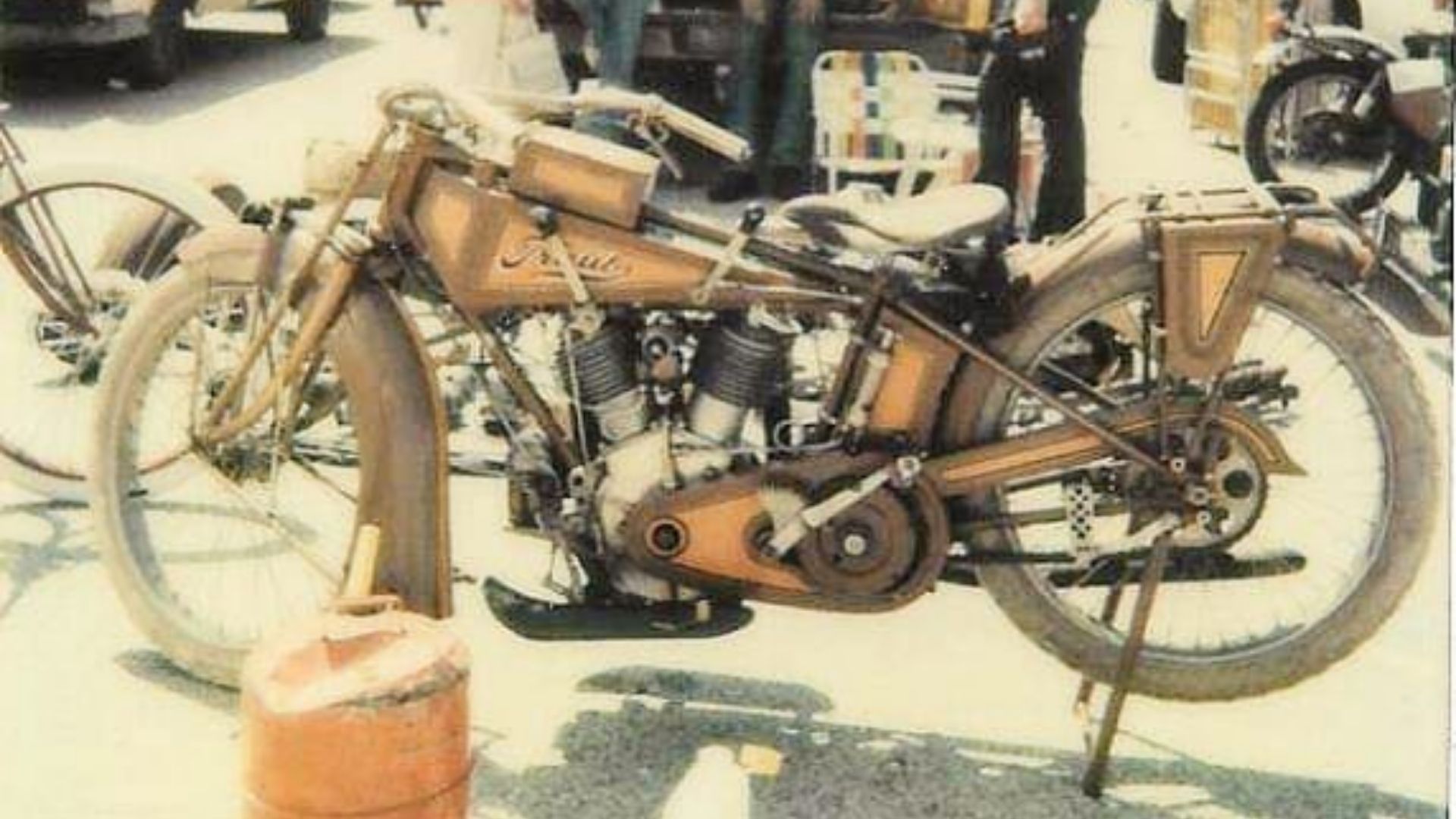 Have you a story related to your bike’s history? Drop a comment below and give us the down-and-dirty, we love hearing from you.

In the meantime, be sure to also let us know what you think of this vintage beauty – and as always, stay safe on the twisties.